10 years of bringing people together - flydubai

The Dubai-based carrier reaches a new milestone and celebrates carrying more than 70 million passengers since its start of operations in 2009.

10 years ago flydubai’s first flight took off from Dubai International bound for Beirut Rafic Hariri International Airport, on 01 June 2009, marking the beginning of a new chapter in the history of aviation in the United Arab Emirates (UAE).

In celebration of its 10th Anniversary, a special flight took off from Dubai International on 01 June 2019 at 12:20 local time and was met with a celebratory water cannon salute upon arrival in Beirut. On board were passengers who had flown on flydubai’s first flight who reminisced about the inaugural flight and which paved the way for a new way of travel from Dubai to the region.

Commenting on the 10th year anniversary of the start of flydubai’s operations, His Highness Sheikh Ahmed bin Saeed Al Maktoum, Chairman of flydubai, said: “For many years the Government of Dubai recognised the need for another carrier to serve our country. In 2009, we were able to achieve this thanks to the vision of His Highness Sheikh Mohammed bin Rashid Al Maktoum, Vice President and Prime Minister of the UAE and Ruler of Dubai.”

“flydubai was launched with a mandate to open new markets and make travel more accessible to more people. I am happy to see flydubai deliver on that commitment which has seen the airline connect 71 previously underserved cities to Dubai allowing a population of 1.5 billion easier access to one of the world’s leading aviation hubs.” 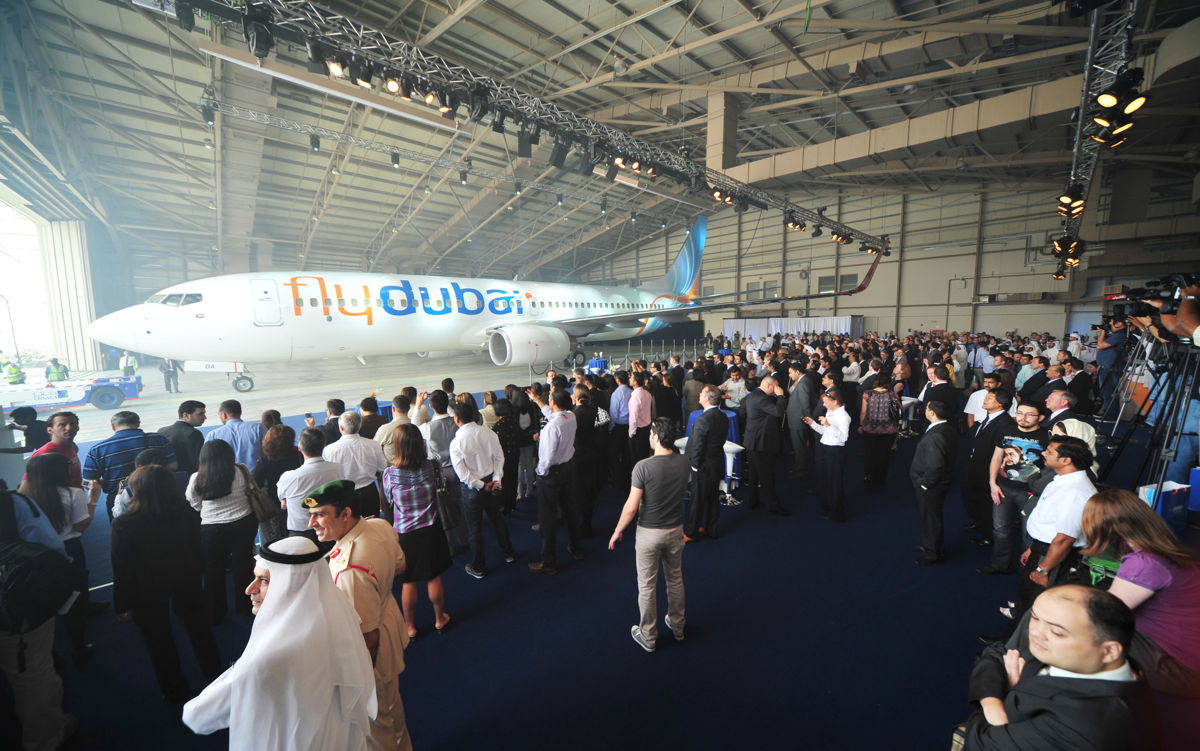 Celebrating flydubai’s 10th anniversary, I am pleased to see the airline become another Dubai success story and look forward to their continued success in the years to come. I would like to thank all those who have worked tremendously hard to enable the airline to deliver this wonderful team effort,” added  Sheikh Ahmed.

HE Sultan bin Saeed Al Mansouri, UAE Minister of Economy, said: “the UAE is leading on the global air transport front and  the aviation sector has been a major contributor to the overall national economy. The sector has successfully enabled the creation of an attractive environment for trade, investment and tourism to flourish.”

“The success of the national carriers has contributed significantly to further cementing the UAE's prominent position on the global aviation scene. flydubai, which celebrates its tenth anniversary, is one of the important components in the aviation sector and was able to break through the competition as an affordable travel provider. flydubai continues to play a pivotal role in strengthening the UAE's ties with several important markets, thus enhancing the trade and tourism potential in the region and supporting the growth of the economy,” added Al Mansouri. 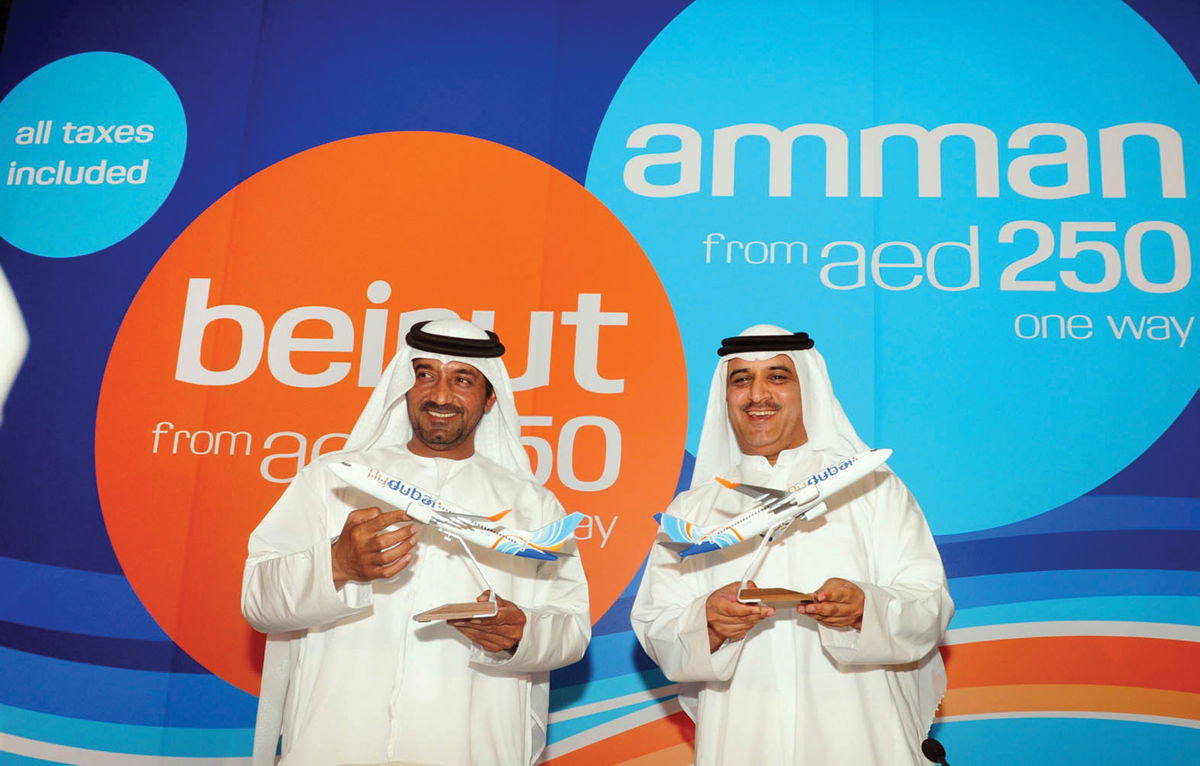 Reflecting on the last 10 years and looking to the years ahead, Ghaith Al Ghaith, Chief Executive Officer of flydubai, said: flydubai’s commitment to making travel more convenient and more affordable has only grown stronger over the past 10 years. We realised early on that travel is about bridging the distance between people and we will continue to change the way people travel around the region. We are pleased to see that more than 70 million passengers chose to flydubai since the start of our operations.”

“It is the vision of our leadership and the continued investment in the country’s infrastructure that has enabled the airline to grow the demand for travel.  We have remained agile, committed to efficiency and delivered reliable services keeping our customers at the heart of our operations. This would not have been possible without the hard work and dedication of all our employees. I thank them and our passengers for being part of our journey and look forward to many more years to come as we mark our 10th anniversary celebrating bringing people together,” added Al Ghaith.

HE Saif Mohammed Al Suwaidi, Director General of the General Civil Aviation Authority, also marked a decade of flydubai and said: "We are proud to celebrate 10 years since the launch of flydubai's first voyage, which has witnessed the beginning of a journey with unprecedented achievements that have contributed to the expansion of the air traffic network over the last decade. It specialised in exploring underserved markets, connecting between the Emirate of Dubai and 71 new destinations that did not previously have direct flights. Its fleet is constantly growing and reflects a bright and extraordinary future.”

Paul Griffiths, Chief Executive Officer of Dubai Airports, said: “This is a great occasion that marks a special milestone not just for flydubai, but for the entire aviation community in Dubai. Throughout its first decade of operations, flydubai has demonstrated resilience, customer-focus, innovation and a commitment to quality, all of which have contributed to the airline’s impressive growth. That in turn has helped fuel the exceptional growth of DXB with more than half a billion passengers passing through our facilities during the same timeframe. On behalf of the airport community, I thank the flydubai family for all their hard work and considerable contributions and look forward to another decade of mutual growth and progress.”

Since commencing operations, flydubai has created a network of more than 90 destinations in 47 countries across Africa (12 points), Central Asia and the Caucasus (10 points), Europe (28 points), the GCC and the Middle East (26 points) and the Indian Subcontinent (18 points).

More than 70 million passengers have chosen to flydubai since it launched and there have been a number of milestones since its inception in 2009: from introducing Inflight Entertainment in 2010 to Business Class in 2013, placing three aircraft orders and most recently announcing an extensive codeshare partnership with Emirates. 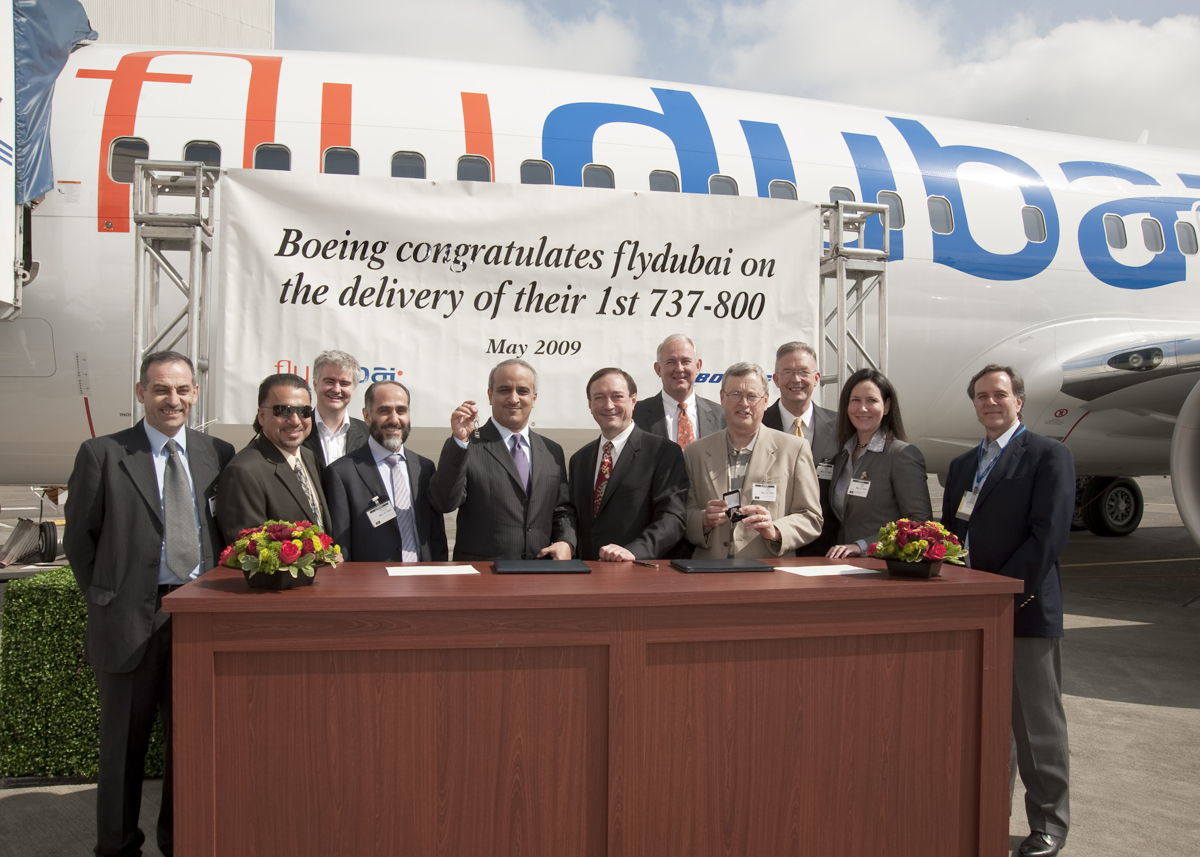 Loading comments for 10 years of bringing people together - flydubai...