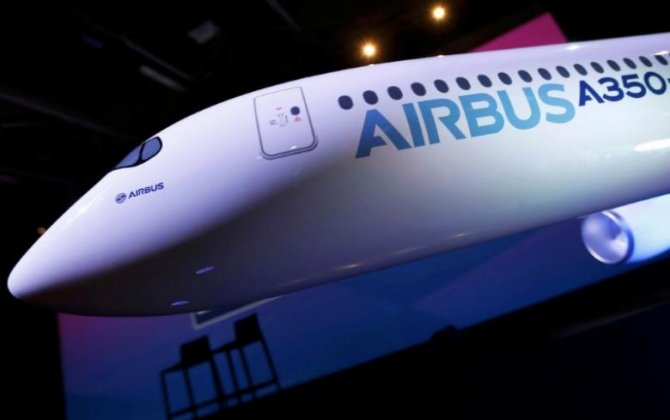 Air France has swapped its remaining orders for two Airbus A380 superjumbos for three smaller A350s, Airbus confirmed on Friday, highlighting a switch towards lighter twinjets.

The French carrier announced the swap last March and included it in its 2015 annual report, but the switchover only appeared in Airbus's published order list for January 2017.

An Airbus spokesman said the company records a cancellation once a formal agreement is signed. "In the case of the Air France A380 cancellation, this occurred in January."

Air France was one of the first airlines to order the world's largest passenger jet, placing 10 orders in 2001 and becoming its first European operator.

It ordered another two in 2007 as part of a compensation deal for delays caused by industrial problems.

Air France and several other carriers later cooled towards the double-decker as a new generation of smaller and lighter twin-engined models came into service.

The drop in demand forced Airbus to announce a cut in production last year.

Qantas has indicated it will not take undelivered A380s, but British Airways has expressed interest in buying second-hand models soon to come on the market, a decade after the A380 entered service in 2007.

Dubai's Emirates, by far the largest customer, is still a big advocate for the A380 but has deferred taking some deliveries as Gulf airlines face slower growth.

Airbus has said it is confident the aircraft will see fresh demand as congestion limits the number of slots at major hub airports and as relatively weak oil prices boost its economics.

Boeing, whose competing 747 jumbo is nearing the end of a long career, took two cancellations in the same category this month.

In total, Airbus booked four new orders in January, or two after adjusting for the A380 cancellations, heralding what is expected to be a slower year across the industry as airlines continue to take stock after a longer than expected order cycle.

It delivered 25 aircraft in January.

Airbus net orders fell 32 percent to 731 jets last year. It is expected to target something closer to 600 this year as new bookings fall below deliveries for the first time in eight years in the face of slower demand, especially for bigger jets.

Airbus delivered 688 jets in 2016 and its planemaking president, Fabrice Bregier, said last month he expected over 700 deliveries in 2017.

Boeing posted 11 orders and received two cancellations between the start of the year and January 24, the only period for which 2017 data is available.