airBaltic Participates in Airbus A220 Tour Around the Pacific Region

airBaltic participates in a manufacturer’s Airbus extensive tour around the Pacific region showcasing its A220-300. In total airBaltic’s A220-300 will visit nine destinations in seven countries, including three stops in Asia on the return journey to Europe.

The first stop of the tour was the Pacific island nation of Vanuatu. The aircraft will then visit Australia (Sydney and Brisbane), New Zealand (Auckland), New Caledonia (Noumea) and Papua New Guinea (Port Moresby). On the way back to Europe, the aircraft will make a stop in Cambodia (Phnom Penh) and India (Bangalore and New Delhi). 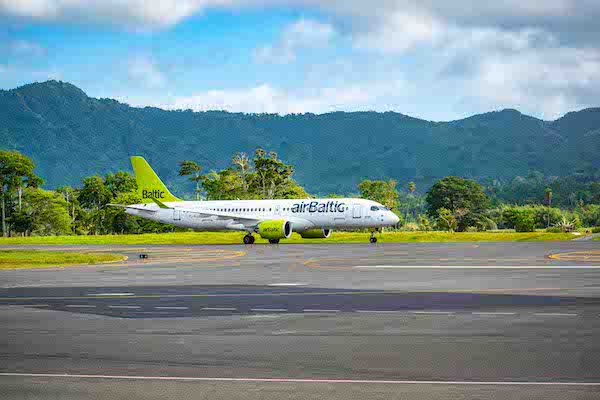 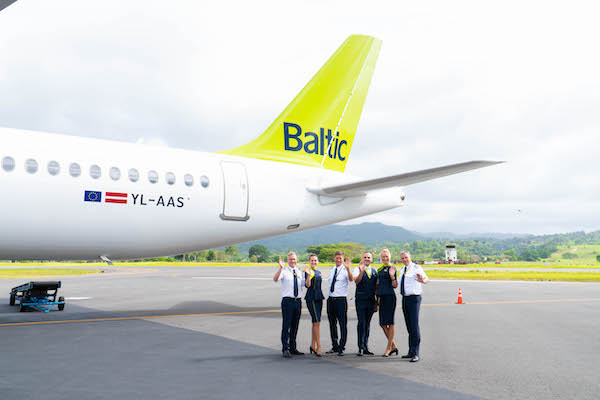 The Airbus A220-300 has performed beyond the company’s expectations, delivering better overall performance, fuel efficiency and convenience for both passengers and staff. This aircraft offers an excellent flying experience with such benefits for passengers as wider seats, larger windows, more hand luggage space in the cabin, improved lavatories and much more.

The new aircraft is also considerably quieter – with a four times smaller noise footprint. Moreover, at the moment it is the greenest commercial aircraft in the world, as it is the first aircraft to have a transparent declaration of the life-cycle environmental impact, helping to reduce CO2 and NOX emissions by 20% and 50% respectively.

As informed previously, airBaltic aims to minimize complexity and benefit from the additional efficiency of the Airbus A220-300 aircraft which will be the only jet type operated by airBaltic by the end of 2022.

airBaltic serves over 70 destinations from Riga, Tallinn and Vilnius, offering the largest variety of destinations and convenient connections via Riga to its network spanning Europe, Scandinavia, the CIS and the Middle East. 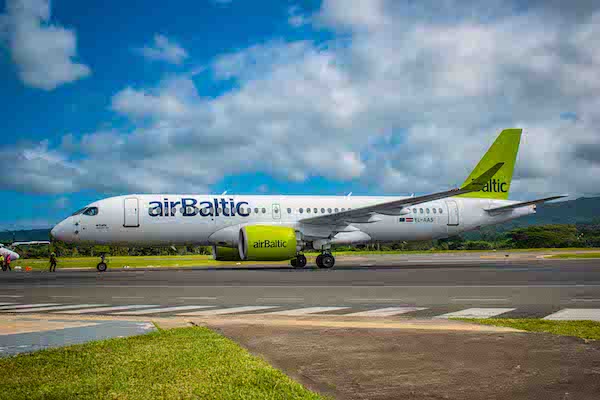 Loading comments for airBaltic Participates in Airbus A220 Tour Around the Pacific Region...

Daher announced business results of 2019 for its expanded turboprop-powered aircraft family, with the company logging sales of 48 TBMs in the TBM 910 and TBM 940 versions, along with 20...