On February 28, 2018 at Riga International Airport the World’s Most Punctual Airline Award ceremony was held. The Senior Analyst at OAG John Grant visited Riga and awarded the Latvian airline airBaltic in three categories – the world’s most punctual airline, the most on time airline in Europe and the first in mainline category in 2017.

On January 3, 2018, it was announced that the Latvian airline airBaltic has been recognized as the No 1 airline in the world for its punctuality in 2017 by OAG analysts, who tracked the performance of a total of over 50 million flight records. airBaltic has been on the top of the global on-time performance ranking for the past four consecutive years.

According to OAG, airBaltic achieved a punctuality rating of 90.01% for flights linking the Baltics to its network spanning Europe, Scandinavia, CIS and the Middle Least. It means that more than 90 out of 100 airBaltic flights arrived on time in 2017.

As informed previously, the Latvian airline airBaltic in 2017 transported a total of 3 523 300 passengers or 22% more than in 2016 to its network spanning Europe, Scandinavia, Russia, CIS and the Middle East. It is the highest number of passengers carried in the history of airline. In addition, the regularity of airBaltic reached 99.43% in 2017, exceeding company’s internal target. That means that the airline operated more than 99 out of every 100 scheduled flights last year. 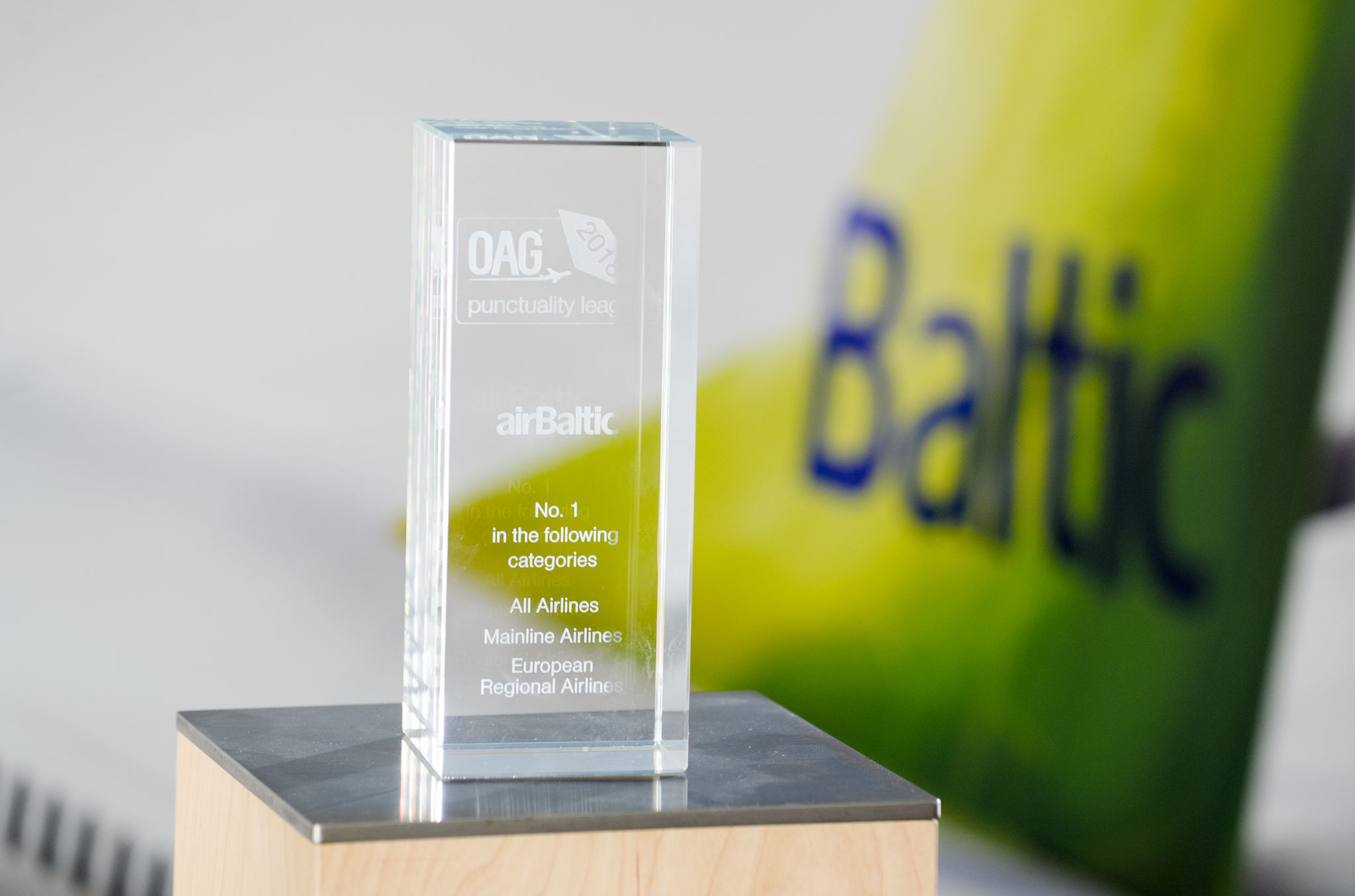 The official presentation of new livery, branding and first of three new generation Airbus A320neo, powered with Pratt & Whitney GTF engines - this is the beginning of new era of gr...

airBaltic saw an increase of mobile bookings by 84%  in 2019, compared to the year before. Already 21% of all bookings on airBaltic website were done on a mobile device.Jolanta Rem...