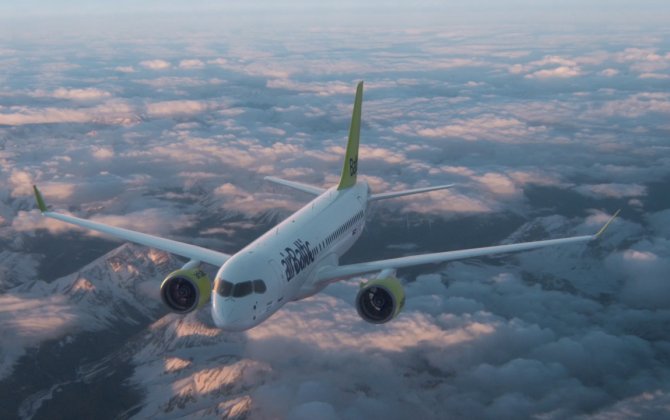 The Latvian airline airBaltic in January 2018 has transported 233 334 passengers or 24% more than last year to its network spanning Europe, Scandinavia, Russia, CIS and the Middle East. In addition, this is the record number of carried passengers in January in the history of the airline.

Martin Gauss, Chief Executive Officer of airBaltic: “We are excited to start the year with great results and increased demand from passengers across the Baltic states. The beginning of this year has been great – not only more passengers have chosen to travel with us, but we also received two important recognitions globally from OAG analysts for being the most punctual airline in the world in 2017 as well as the prestigious Air Transport World Airline Industry Achievement Award as the Market Leader of the Year. I am proud of our team and the excellent work done so far.”

In January 2018, the airline performed 3 890 flights, or 12% more than in the same period of 2017. The airline’s load factor, which represents the number of passengers as a proportion of the number of available seats, was at a level of 62% in January 2018.

The 15-minute flight punctuality indicator for airBaltic reached a level of 89.2% in January 2018. This means that more than 89 out of every 100 airBaltic flights departed at the planned time or with a delay of no more than 15 minutes.

In addition, on January 3, 2018, it was announced that the Latvian airline airBaltic has been ranked No 1 globally in punctuality in 2017 by OAG analysts, who tracked the performance of a total of over 50 million flight records. airBaltic has been on the top of the global on-time performance ranking for the past four consecutive years. According to OAG, airBaltic achieved a punctuality rating of 90.01% for flights linking the Baltics to its network spanning Europe, Scandinavia, CIS and the Middle Least. It means that more than 90 out of 100 airBaltic flights arrived on time in 2017.

airBaltic serves over 60 destinations from its home base in Riga, Latvia. From every one of these locations, airBaltic offers convenient connections via Riga to its network spanning Europe, Scandinavia, CIS and the Middle East. In addition, airBaltic also offers direct flights from Tallinn and Vilnius.

How much air transport industry will lose due to COVID-19

IATA updated its analysis of the revenue impact of the COVID-19 pandemic on the global air transport industry. Owing to the severity of travel restrictions and the expected global recession, IATA...