It has been more than 30 years since the McDonnell Douglas MD-80 made its debut into the commercial aviation industry. And, over the course of its history, the beloved aircraft transported millions of American Airlines customers to destinations across North America. And as the aircraft covered a lot of ground, it played a major part in propelling the culture, growth and performance of American.

In the early 1980s, former American Airlines President Robert Crandall struck a creative deal to help the struggling aircraft manufacturer rise above its lackluster sales performance. It was essentially the turning point for both McDonnell Douglas and American Airlines, as the deal laid the initial groundwork for where we are today. At the time, American was adjusting to its new model with Dallas-Fort Worth being a central hub and needed to reprioritize ideas concerning its immediate growth.

While American had already reviewed the MD-80 and wasn't interested, the aircraft maker needed a deal. The McDonnell Douglas sales team and Robert Crandall met to devise a plan that could benefit both McDonnell Douglas and the airline. The deal was unique and allowed the airline to grow very quickly, hire more team members and expand its domestic operations — all the while, providing the initial interest needed to encourage other airlines to also reconsider the aircraft — thus launching the beginning of MD-80 sales.

The introduction of the new fleet eventually energized the airline's workforce of pilots and with the aircraft, they logged a successful track record of navigating the skies and making lasting memories along the way. The pilots loved the reliable aircraft. American's fleet grew to 362 active aircraft, at one point making up 40% of the airline's fleet. With that growth, the number of pilots at American Airlines also grew.

On May 2, 1984, Capt. Tom Senning and First Officer Doug Ebersole, two Santa Barbara, California, locals, flew the inaugural passenger flight from Santa Barbara Municipal Airport to Dallas Fort Worth International Airport. Doug admits that he had to pull some strings to obtain the honor to be included on that first flight, as staffing is based on seniority. At the time, he was a relatively new pilot and Tom was No. 23 among the 30 licensed MD-80 pilots, having more than 18 years of experience.

"I'll never forget that day, Capt. Tom offered me the take off," Doug said. "It was so clear and beautiful. I wanted to impress the crowds and allow the cameras to capture the perfect takeoff. In the midst of the excitement, I forgot one of my audible commands —'gear up' — until Tom reminded me after I was in the air and well into the turn. At that point, what would have been perfect photo, was a photo of the plane ascending with the landing gear still in its extended position."

Though it wasn't a picture perfect takeoff, the day's festivities marked an important moment, in a new chapter of the American Airlines growth story, and at the same time piqued interest in an aircraft that had initially struggled to secure any commercial airline sales. The MD-80 eventually became a game changer for American Airlines as it reached new heights. 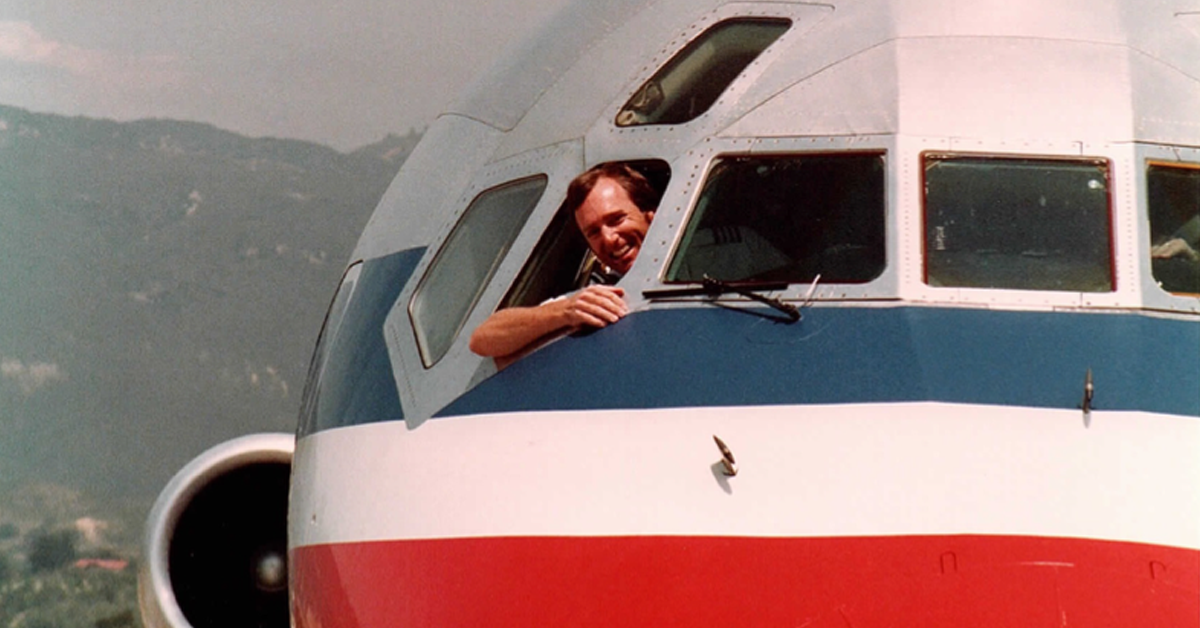 It's a pilot's airplane

If you ever get a chance to talk to a pilot who has flown the MD-80, they will tell you that it is a "pilot's airplane." It has unique characteristics, like the standby compass affixed to the back wall of the cockpit that is only visible via a mirror above the main control panels. Even with the quirks of the aircraft, MD-80 pilots have a great sense of pride, because they can experience firsthand the energizing, manual nature of flying a plane.

"It is very old school, there aren't any modern computer screens affixed to the controls," said Flight Operations Director David Clark. "The steering columns are connected to a cable that goes directly to the flight controls. You can feel it give and pull throughout each flight, and it is a thrilling experience that pilots trained on newer aircraft may never experience."

Customers usually don't get a firsthand view of the cockpit. And, to anyone who isn't a pilot, the sight can be overwhelming. The MD-80 cockpit interior is one of the last commercial aircraft primarily made of round dials to gauge every aspect of the aircraft. Check Airman R.D. Johnson said the manual operation of the aircraft was gratifying.

"Every captain has a special bond with the aircraft, as it's very much like watching an old movie. It's a sense of nostalgia that speaks to the rich history of our airline and the skill required of every pilot," said Check Airman R.D. Johnson. "In its prime, the MD-80 was very responsive and had what we considered state-of-the-art technology. Though it's now outdated in comparison, we perfected the craft of flying on this plane and enjoyed every minute of it." 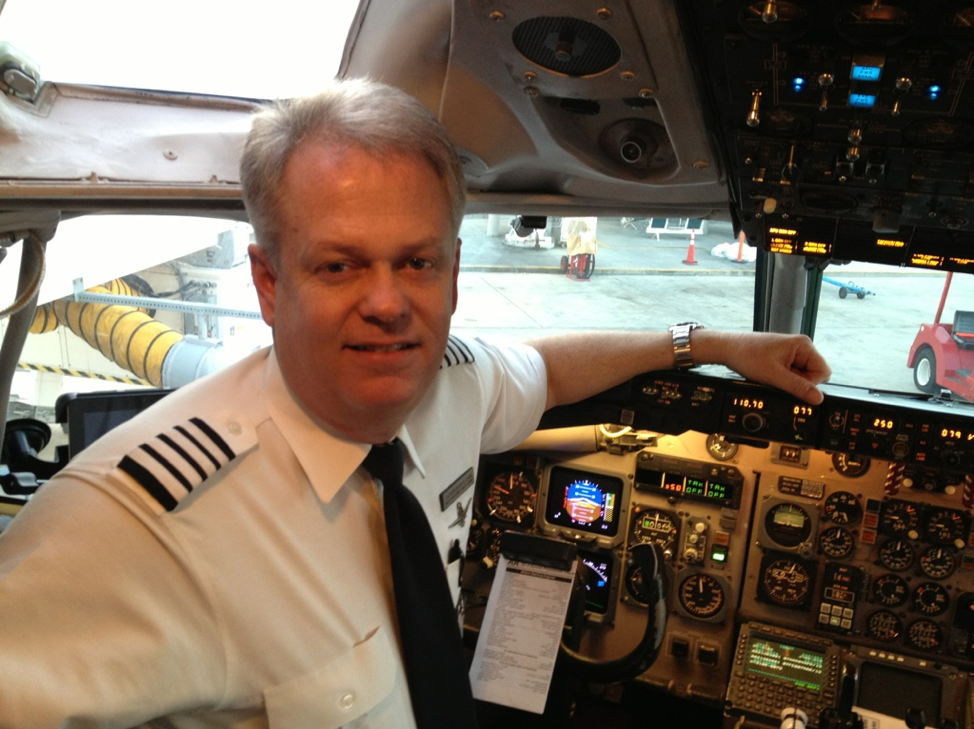 David Clark preparing for takeoff inside the MD-80 cockpit.

A cargo hold full of memories

As the news began to spread of American's plan to retire the fleet Sept. 4, many pilots reflected on the memories they created behind the controls of the plane. Whether transporting celebrities from Los Angeles to New York City, chartered flights of professional athletes, or flying families of fallen soldiers to attend the annual Snowball Express, the aircraft played an important role in the lives of customers and team members.

"People always ask me what I think of the airplane," says MD-80 Fleet Capt. Greg Kunasek. "I love the airplane, it's my second home. I raised my family on this aircraft as we took many trips throughout the years. My kids grew up seeing the brushed metal finish, which will forever be recognized as an iconic piece of our history. It will definitely be missed."

For many seasoned American Airlines pilots, flying the MD-80 has been considered a rite of passage. To fly the airplane that played a pivotal role in the growth and expansion of the network was an honor in itself. After all, it was a game changer for the airline, and our pilots were navigating from the cockpit the entire time.

"As for parting words," said Kunasek. "We've had many highs and lows throughout the MD-80's history, and many of our customers and team members hold memories they'll never forget. Whatever we choose to remember about the aircraft, the last 36 years was certainly time well spent." 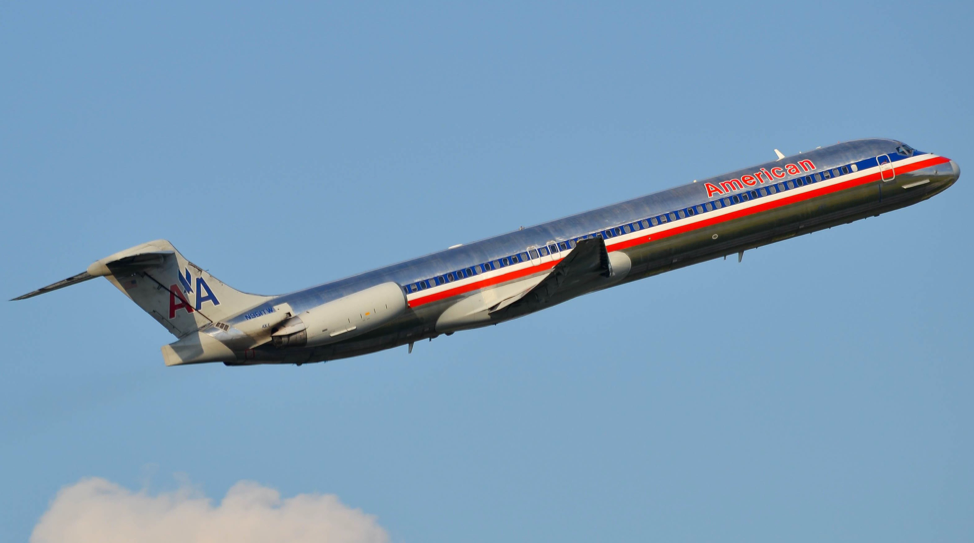 Loading comments for American Airlines - Reflecting from the MD-80 cockpit...

Munich Airport is the first airport in Europe to introduce PayPal QR Code - a mobile and cash free payment system - in all stores and businesses of the Eurotrade retail subsidiary. The wholly-owned su...