American Airlines To End U.S.-Israel Flights That Came With US Airways Merger 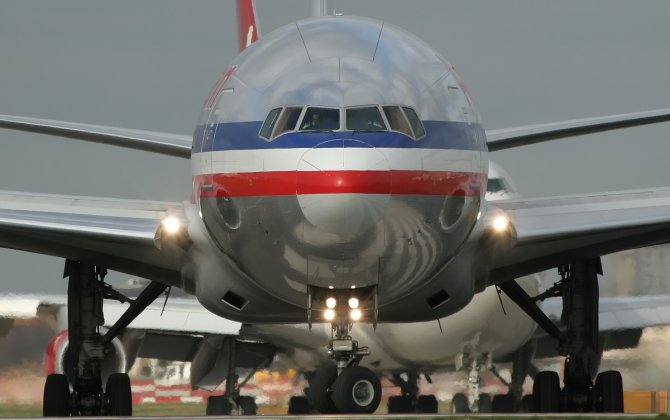 American Airlines Inc. plans to halt flights between the U.S. and Israel early next year after determining the route was losing money.

The service between Philadelphia and Tel Aviv was a legacy of US Airways Group Inc., which combined with American in December 2013 to form the world’s largest carrier. American faced competition from New York-based flights operated by United Airlines and El Al Israel Airlines.

“It is strictly a financial decision,” American spokesman Casey Norton said Thursday in a telephone interview. “The route has not been profitable.”

Service to Tel Aviv from Philadelphia will halt on Jan. 4, with the last U.S.-bound return flight a day later, Norton said. Fort Worth, Texas-based American notified 19 employees in Tel Aviv of the decision on Thursday, he said.

“We did our best to make it work, but we couldn’t get it to turn a profit,” Norton said.


Loading comments for American Airlines To End U.S.-Israel Flights That Came With US Airways Merger...

ATR and one of its long-standing customers, the Finnish airline Finnair, signed a 10-year Global Maintenance Agreement (GMA). Through this package, Finnair and Nordic Regional Airlines (NoRRA) –...

In July 2020, Latvian airline airBaltic will introduce revised ticket types for its flights. Passengers will be able to select Green, Green Plus, Green Classic or Business&nbs...

The MRO station of Hong Kong-based Metrojet Limited completed a 4C inspection on a Gulfstream G650ER in the midst of our battle against COVID-19 and working within all of the unpreceden...