When what and how will happen in aviation and travel industries? How the crisis we are living now will change comapies, markets, trends? Here is some thoughts about the after Corona crisis from Austrian Airlines.

Due to local and global travel restrictions, Austrian Airlines last week extended the suspension of regular flight operations until May 3, 2020. The approximately 7,000 employees are currently on short-time work. The Austrian Federal Government announced yesterday that complete freedom to travel cannot be expected to come back soon. Austrian Airlines currently assumes that it will have 25-50% of the demand in summer 2020 compared to 2019. Austrian also anticipates a significant reduction in demand for 2021 and the "pre-corona level" will probably not be reached until 2023 at the earliest. Accordingly, the red-white-red airline is preparing for a reorientation and adaptation of the company to the changed travel behavior.

Conversations are already ongoing with the Austrian government, the owner Lufthansa and the social partners in order to prepare the new start after the crisis.

Austrian Airlines CEO Alexis von Hoensbroech commented: "The world we will be flying into will be a different one. People will travel again, but the economy, tourism and passenger needs will have changed after the Corona crisis. We will align our company to master this challenge."

This realignment includes a reduction in the size of the fleet and consistent restructuring. The extent to which this will take place has not yet been finally defined and also depends on the further development of the crisis. "Our goal remains to maintain as many flight connections and as many jobs as possible", says the Austrian CEO.

Austrian Airlines intends to continue operating the Vienna hub with its short, medium and long-haul routes: "We will do whatever is necessary to achieve this goal. That's why the motto we set at the beginning of the crisis remains valid: The current shutdown is not a ‘Good Bye’ but a ‘See you later’”, adds CEO Alexis von Hoensbroech. 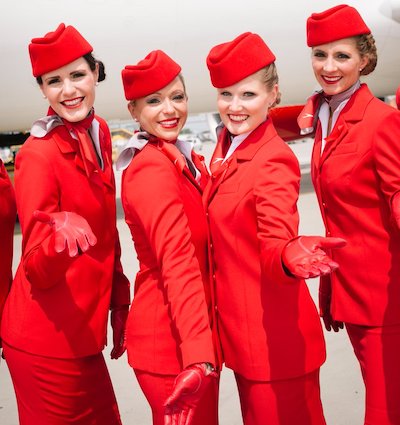