The recent outbreak of COVID-19 has sent aviation industry into a nosedive. With project revenue losses for airlines in 2020 estimated to be around US$252 billion, for some the future of the industry may look bleak.

The novel coronavirus has shaken up airlines’ schedules all around the globe. Lufthansa Group intends to ground 700 aircraft from their fleet of 755 aircraft. At the same time, SIA Group plans to keep only nine aircraft to operate the ongoing services. The shakeup has also strongly affected the so-called “Big Three” airlines of the US. Delta, United and American airlines have asked for over US$50 billion in funding and tens of billions of dollars in tax cuts amid coronavirus pandemic.

With such alarming figures popping up left and right, it is important to ask how long is it going to take for aviation to recover and what has been done to save the industry?

Governments around the world have begun devising airline assistance plans to soften the impact. Australian government has announced to stop collecting taxes from domestic airlines in Australia. The move will save over US$400 million for airlines by removing excise on fuel, security and air services taxes.  Government of Taiwan, home country to numerous airlines, has announced to have already prepared a financial aid plan for aviation companies amounting close to US$1 billion. Both Swedish and Danish governments announced their support to SAS by each giving around US$ 150 million, in total about US$300 million to support the carrier amid COVID-19 pandemic. French and Netherlands’ governments are closely cooperating when it comes to Air France-KLM group. Members of the French government have hinted that the government is strongly considering either to inject capital or nationalise national carrier Air France.

Italy’s troubled flag carrier Alitalia was nationalised by the Italian government as the COVID-19 pandemic and lockdowns on travel have crushed carrier’s already weak finances. The nationalization will bring some new changes, as the goal is to restart airline’s operations with only 20-25 narrow-body jets. The move will definitely come as a big blow to Italy’s long haul market, but having a small national carrier at your disposal is much better than not having anything.

Previous examples show that governments have a wide variety of tools when it comes to supporting air transport industry. Some governing bodies choose to exempt airlines from paying taxes until the situation improves, others subside job positions or outright nationalise struggling carriers with hope to keep a vital mean of transport in place.

It is encouraging to see governments focusing and supporting one of the most affected sectors in the world. With big financial aid packages reaching airlines and proper measures taken to control the spread of COVID-19 airlines are expected to recover in less than 2 years. Aviation analysts predict that traffic and revenues will come back to normal in 3-6 months after a return “to a normal state of health”. In worst-case scenario if an economic recession starts, analysts predict an 18 months recovery period. The rather speedy recovery period is most definitely a result from numerous support requests issued by IATA’s chief executive officer Alexandre de Juniac.

While the pandemic is still ongoing some aviation markets have already started reporting figures indicating a recovery from COVID-19.

One of the first and most affected markets by COVID-19 was China. The country saw a capacity drop amounting 75% compared to previous year. The capacity offered on domestic routes in late February had reached an all-time low of 4.2 million available seats. After closing the last COVID-19 hospital in China, the government started strongly encouraging its people to board the planes and fly. Just recently Chinese airlines reported first week when ticket sales outweighed refunds, ending the 6 week period of negative booking figures. In addition, on March 4, the government started offering subsidies to carriers that resume international services to and from China. The recovery in domestic market has also seen positive results, with carriers offering 8.6 million seats now compared to 4.2 million in late February. The number of available seats on domestic routes in April is expected to reach from 10 to 12.6 million seats. That would nearly match the number of seats available compared to last year just in time for two big holidays, the Qingming festival and Labour Day.

While China is quickly recovering, the same could not be said for Europe. At the moment, airlines are still battling with COVID-19, but analysts’ predictions for recovery aim at 2021 as there are hints of a strong economic improvement amid fiscal and central bank stimulus. The recovery can definitely speed up as many European nations’ GDP figures strongly rely on aviation sector and governments will take measures to prevent the already massive economic damages caused by coronavirus. For example, during the COVID-19 outbreak France is expected to lose US$28.5 billion to its national GDP, Germany - US$28 billion, Spain - US$49.4 billion, United Kingdom – US$32.7 billion.

There is an unwritten rule in aviation that everyone is dependent on everyone. Let us take an example of a major airline operating from its hub serving millions of passengers per year. The airline is dependent on services provided by ground handling, catering and numerous other companies. At the same time those companies show the exact same problem of being dependent on the airline. To be frank it is a closed ecosystem. If one fails, others do too. With this concept in mind there is yet another reason why governments are highly interested in a speedy recovery of aviation.

While the future of aviation to some may look bleak, the example of China proves that aviation industry is set for a fast recovery after crisis of COVID-19. 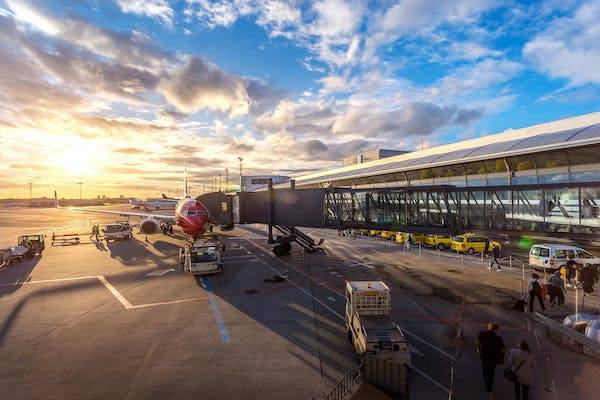 Loading comments for Aviation industry - will 2 years be enough to recover?...