Bonza makes aviation history with the arrival of its first aircraft

Bonza first aircraft touched down at Sunshine Coast Airport, marking a major milestone for Australia's only independent low-cost carrier. After making the largest new route announcement in Australia’s aviation history earlier this year, the arrival of the first aircraft supports Bonza's ongoing momentum with the regulatory process. It is the first Boeing 737 MAX to be based in Australia and will be part of a fleet of brand new and fuel efficient aircraft based initially on the Sunshine Coast and in Melbourne. It will welcome Aussie travellers flying to an initial 17 destinations on 27 routes.

Tim Jordan, CEO of Bonza, commented: “We are beyond excited to welcome our first aircraft to Sunshine Coast Airport and with so much buzz around the country for Bonza, we hope today is also exciting for the communities we’ll be flying to. Our team of legends have been working hard behind the scenes to reach this significant milestone and so it was important that we were all here to welcome flight AB 001 together.We are now one important step closer to connecting more Australians with convenient low cost travel options to more destinations for holidays and to visit loved ones. From here, the aircraft will have its interiors completed on Aussie shores. “It seems only right that we bring home our first aircraft to have its final touches put on by Australians locally.” 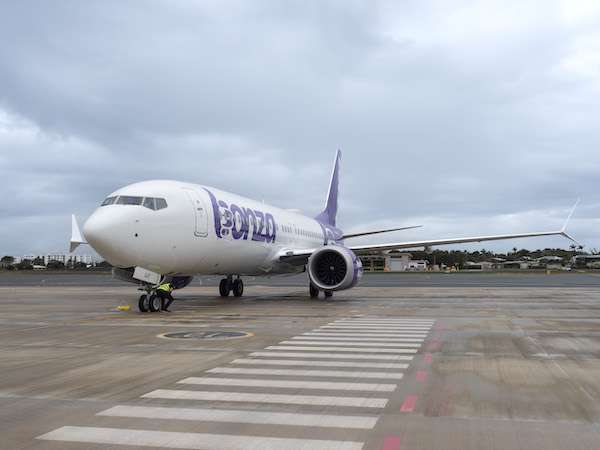 "The aircraft that touched down today will be used as a spare aircraft, a clear investment in customer experience and part of Bonza’s strategy to minimise potential disruptions to its customers wherever possible. Additional aircraft will follow and ultimately support Bonza’s growth plans beyond its initial Sunshine Coast and Melbourne bases. The airline is working towards wheels-up, potentially as soon as late September but noting the regulatory process is one that is highly respected. This is an exciting time for Australian aviation and most importantly, the Aussie travelling public who will now enjoy more choice,” added Jordan. Ninety three percent of Bonza’s routes are currently not serviced by another airline (25 out of 27 routes) and 96% are not currently served by a low-cost carrier. Flights are expected to start from around $50 for each hour a customer is in the air and eight kilograms of carry on bagagge is included in the flight price.

Speaking at the arrival, Sunshine Coast Airport CEO Andrew Brodie said: “The arrival of Bonza’s first aircraft into the Sunshine Coast is a momentous day for the region. We are very proud to be named as the home base for Bonza. Our partnership with Bonza will benefit the region, State and community connecting more people to more places, bringing them closer to the moments that matter most. The arrival of Bonza is a game changer for the Sunshine Coast that will create more local jobs and spearhead tourism and business growth across the wider region.” 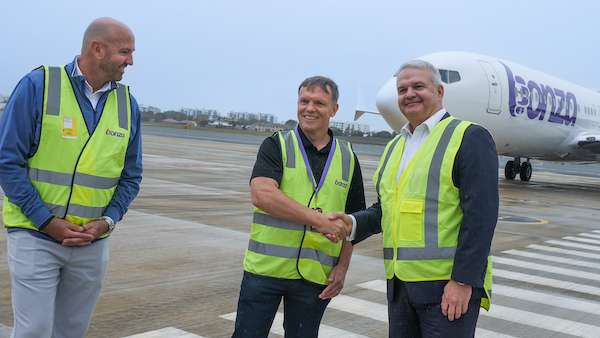 Earlier this month, Bonza announced its IATA code as ‘AB’ as a nod to Andrew Brodie and his team who welcomed Bonza to the Sunshine Coast as its home base. It also represents Bonza’s mission of getting customers from A to B without C (cost and complexity).

Aussies are encouraged to download the Fly Bonza app which will be the only place to book directly. The airline’s ‘app first’ strategy means flights will not be available for purchase on third party websites allowing Bonza to communicate directly with customers about their upcoming flights. In addition to booking and check-in, the Fly Bonza app is also where customers can order food and drink from the all Aussie menu directly to their seats and enjoy in-flight entertainment.

The airline is calling out for Aussies to help name the plane by asking them to comment on Bonza’s social media pages with their nicknames.

“Who better to name our first aircraft than the people we are here to serve. If you have a nickname that would look good on the side of our first aircraft, head to our Instagram and Facebook pages and let us nick your nickname,” added Jordan 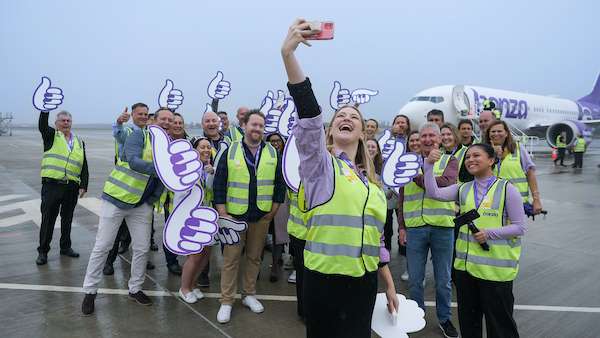 Loading comments for Bonza makes aviation history with the arrival of its first aircraft...