There are many different award in the aviation world. Do you know anout the title of Quietest Airline? If you have no idea yet - please pay special attention. This is something so discussed by so many people living in airport surrounding areas. 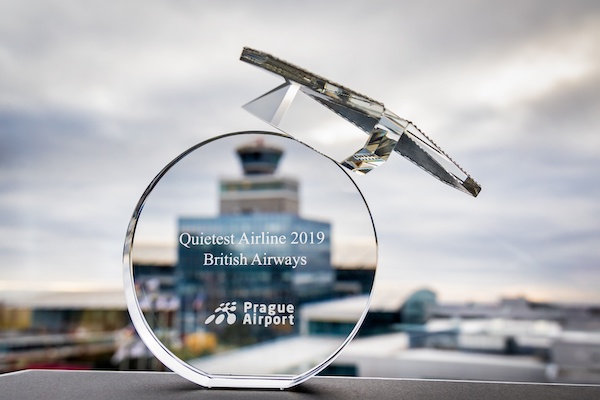 For the second time in a row, the UK’s largest international airline, British Airways, has won the 2019 QUIETEST AIRLINE contest organised by Prague Airport in co-operation with the Prague 6 Municipality. The trophy, in the form of glass swallows, was presented to the winner by Prague Airport Board of Directors and Prague 6 Municipality representatives, during a meeting with Mayors of surrounding municipalities and city districts. The contest, aimed at motivating air carriers to use more modern and quieter aircraft to operate their routes from and to Prague, evaluates, alongside noise level parameters of aircraft upon arrival or departure, flight track adherence and aircraft seat capacity use, i.e. load factor. Long-term, Prague Airport has been active in the environmental protection field, seeking, based on regular discussions with representatives of its surrounding areas, solutions for contended co-existence. The contest has become one of the efficient tools for achieving their common goal.

The contest traditionally takes place during the most intense air traffic operations at Prague Airport, i. e. from 1 May to 31 October. The TANOS monitoring system, which continuously measures air traffic noise and records trajectories of all flights year round, was used to evaluate the contest. The system includes 14 stationary and 1 mobile measuring stations placed at selected locations in Václav Havel Airport Prague’s vicinity to ensure sufficient information values of the measurements. 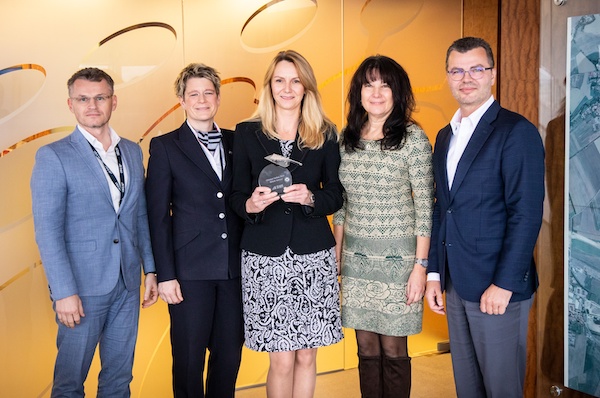 “The noise reduction has become one of Prague Airport’s long-term goal as the airport and airlines operations have direct impact on the citizens of airport immediate surroundings. Responding to the issue, we continuously implement effective measures to help mitigate such negative effects. These include, for example, the noise charge system, which motivates air carriers to use quieter aircraft, operational measures coordinating aircraft movement across the airfield and preventing early-uncoordinated departures during the night-time hours as well as reducing the average number of aircraft movements during the night. The Quietest Airline contest motivates all airlines to operate their routes by modern and more environmentally friendly aircraft, rewarding those actively help reducing the noise pollution,” Vaclav Rehor, Chairman of the Prague Airport Board of Directors, said.

“We are determined to play our part to reduce aviation's environmental impact and take our environmental responsibilities seriously. We are pleased to win this prestigious award in Prague for the second year running and continually strive to improve our noise performance across our network. We have reduced aircraft noise by 10% per flight since 2015 and are on course to increase this to 13% by 2020 in a range of ways, including investing in new, quieter and more fuel efficient aircraft across our long and short-haul fleet with Airbus A320 neos, A350, Boeing 787 and 777-9 aircraft, and by modifying existing aircraft to help further reduce our noise impact,” Andy Kershaw, Environment Manager at British Airways, said.