easyJet has launched a Europe-wide campaign to tackle job stereotypes and inspire more young people to consider a career in aviation, including encouraging more girls to become pilots. In a new recruitment film released today, the airline has reimagined scenes from 80s blockbuster classic, Top Gun, in which the lead pilot roles were played by an all-male cast.  The new parody film titled ‘Calling all Mavericks’ sees roles reversed, with Maverick and Goose played by seven year-old Rei Diec and nine -year-old Oliva Joohee Ridington, supported by a cast of cabin crew, engineers and ground operations staff.

Shot at London Luton Airport, with a cast of children of easyJet staff aged between seven and 12, the film recreated some of Top Gun’s most iconic moments, including Tom Cruise’s motorbike scene, the classroom, and the infamous ‘It’s time to buzz the tower’ scene.

The launch of the campaign follows new research by easyJet which has revealed that Brits believe gender stereotypes are still plaguing Hollywood films and limiting children’s job aspirations. 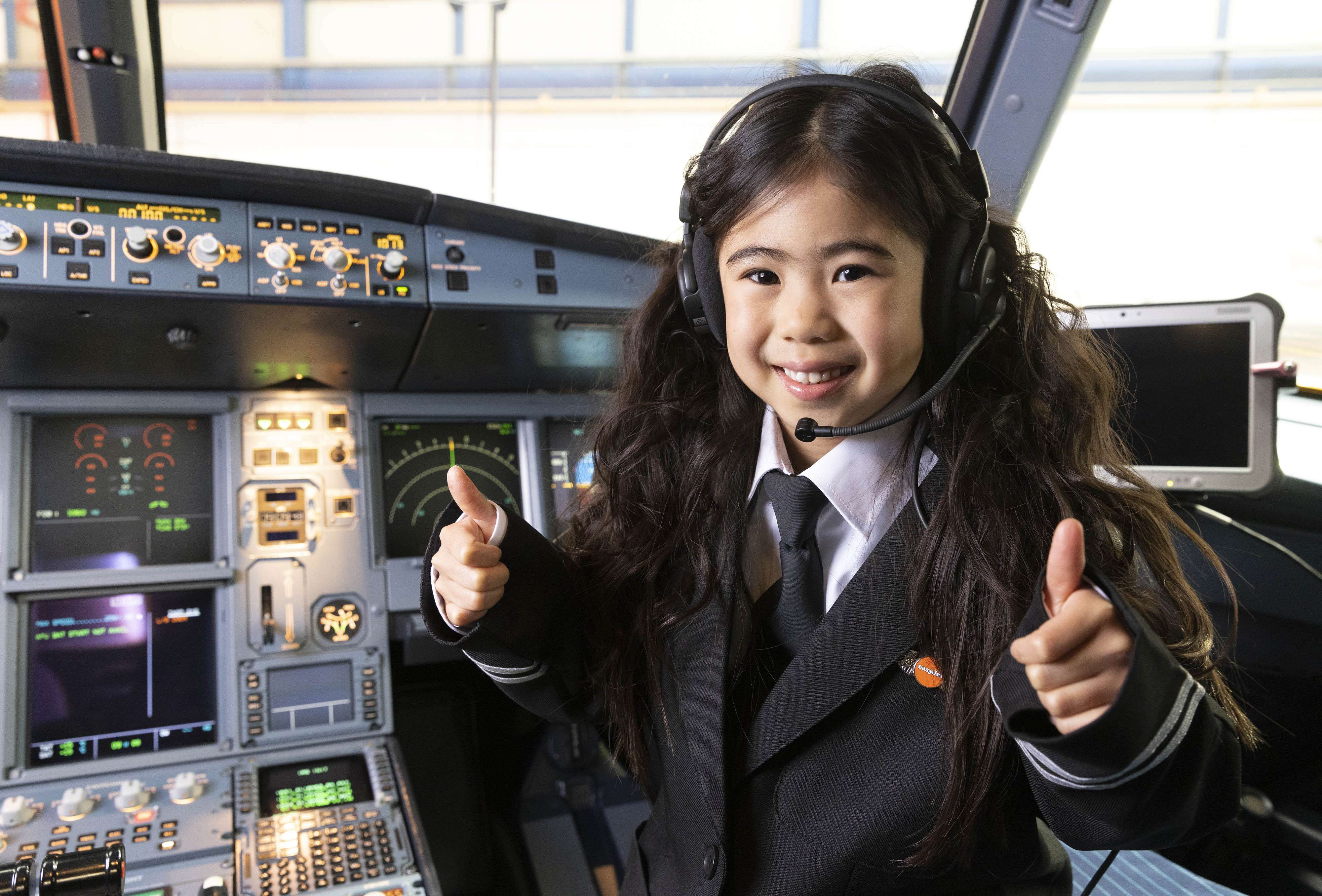 In fact, a study of 3,000 British parents and their children reveals almost four in five (79%) of those surveyed believe Hollywood still perpetuates gender stereotypes when it comes to job roles for men and women.

By re-shooting scenes from the classic 1986 Top Gun movie, the airline hopes to course-correct notions of jobs in the industry forwarded by film and TV and encourage more young people to consider a career in aviation – particularly in roles such as pilots, engineering and operations.

A whopping 85% of British parents still believe there are misconceptions that a pilot is a job for men and nearly half (48%) of 1500 female respondents said they never considered a job as airline pilot as they thought it was a job for a man when they were younger. The same misconceptions were also revealed as applying to other jobs in the industry including engineers (83%) and operations (75%).

Nearly 90% of women polled said that pre-conceptions of jobs for men and women started at school, and 88% also said that seeing men playing protagonist roles in technical jobs such as pilots in films and TV reinforced stereotypes. 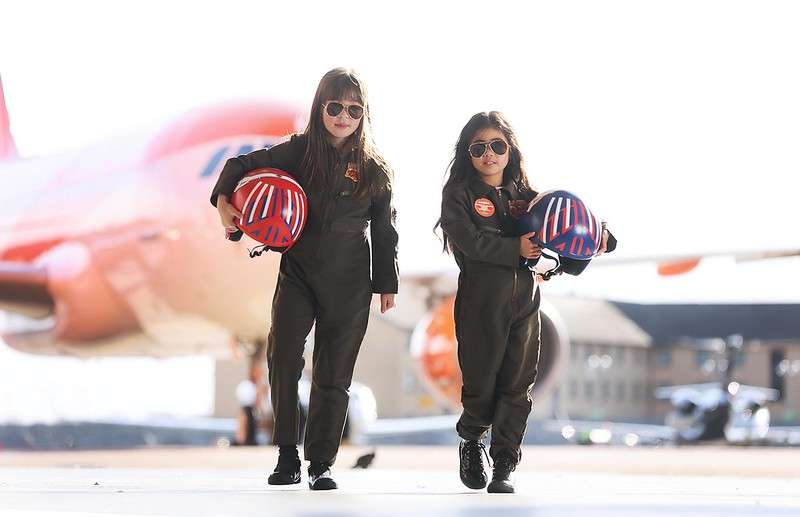 Of the children surveyed, nearly two thirds (60%) said they thought a pilot was a job for a boy , whilst almost half 43% have still never come across a female pilot.

With still around only 6% of pilots worldwide being women, easyJet has been consciously  trying to tackle this industry-wide gender imbalance for a number of years and has doubled the number of female pilots in its ranks since 2015.

The airline is set to be flying near pre-pandemic levels this summer, with many newly qualified female pilots joining the airline in recent months.

The gender imbalance in the pilot community continues to be the single biggest factor influencing the airline’s gender pay gap figure, which therefore represents a gender imbalance and not unequal pay. easyJet remains focused on addressing this for the long term, by encouraging more women to join the airline in the coming years and inspire more girls to join the next generation of easyJet pilots in future. 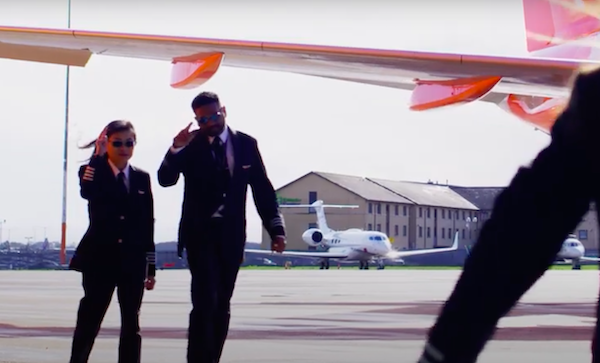 The airline recently reopened its pilot training programme for the first time since the pandemic, to bring 1000 new pilots onboard over the next five years.

Johan Lundgren, easyJet’s CEO said: “Top Gun is one of the most famous aviation films of all time. So, we wanted to create our own rendition of the movie that was both entertaining and inspiring to a younger audience, to show young people that they don’t have to be limited by outdated stereotypes of jobs in the industry, as well as highlight the fantastic career opportunities that easyJet has to offer. easyJet has long championed greater diversity across our business and the industry, and while we have made important progress in areas like our pilot community, there is still work to do. Increasing diversity in all of its forms across our airline and creating an inclusive environment where people can be themselves at work is incredibly important to us and is a long-term focus for easyJet, so we will continue to ensure we lead the industry on this issue.”

Rei Diec aged seven, who played the leading role of Maverick, said: “I’ve always loved flying and getting to be a pilot for a day was the best day ever and a dream come true!” 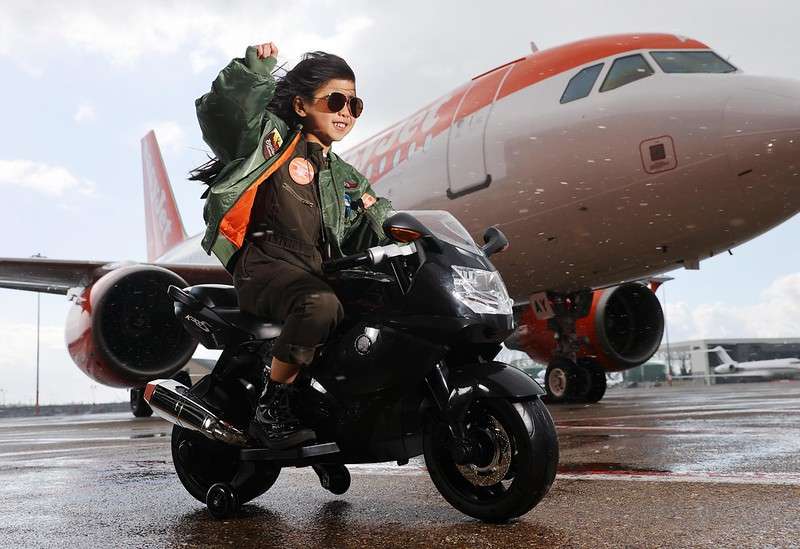