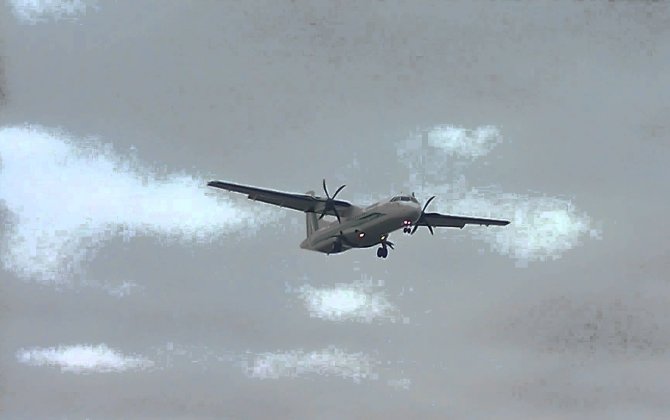 Investigators have disclosed that a Carpatair ATR 72-500 captain breached operating procedures while attempting an approach to Rome in strong gusting crosswinds, before a bounced landing which badly damaged the aircraft.

It had been operating a service to Rome Fiumicino on behalf of Alitalia on 2 February 2013. The crew had been informed of 22kt winds gusting to 37kt.

These gusts exceeded the operating limits for the aircraft. But cockpit-voice recorder information shows the crew did not carry out a landing briefing – during which the pilots would normally have discussed the weather situation at the destination and alternate airports.

The night-time approach to runway 16L was flown at 130kt which, says investigation authority ANSV, was “significantly” higher than the 118kt normally expected.

But ANSV points out that the first officer – with less than 15h on type – was far less experienced than the captain, who had over 9,600h on ATRs.

This huge difference probably “inhibited” the first officer’s ability to speak out about the situation and she accepted uncritically the airspeeds communicated by the captain, who was flying.

ANSV says the captain had “conviction” about his ability to land the aircraft safely, despite the weather situation, and the pilots’ experience gap rendered crew-resource management techniques “ineffective”.

The turboprop struck the runway with 2.6° nose-down pitch, some 560m from the threshold, and bounced off its nose-gear.

Its crew did not attempt a go-around after the impact. ANSV says the pilots made opposite control inputs after the bounce – the captain pushing down while the first officer pulled up – which decoupled the flight controls.

The aircraft contacted the runway a second time, badly damaging the nose-gear and interrupting the power to the engines as a result of impact forces on the cockpit control levers.

ANSV says this second impact compromised “any possibility of recovery” for the landing. The decoupling led the aircraft to roll slightly left and it bounced off each main landing-gear, damaging both. The aircraft subsequently slid on its fuselage underside for some 400m and rotated nearly 180° as it veered off the runway and came to a halt on grass.

None of the 50 occupants was seriously injured. The investigators have cited “improper” operation of the aircraft by the captain which was “not consistent” with the carrier’s procedures in critical conditions.