Emirates has revealed a brand new livery dedicated to the milestone 50th staging of Dubai’s flagship sporting event, and one of the key tournaments on the HSBC World Rugby Sevens series. 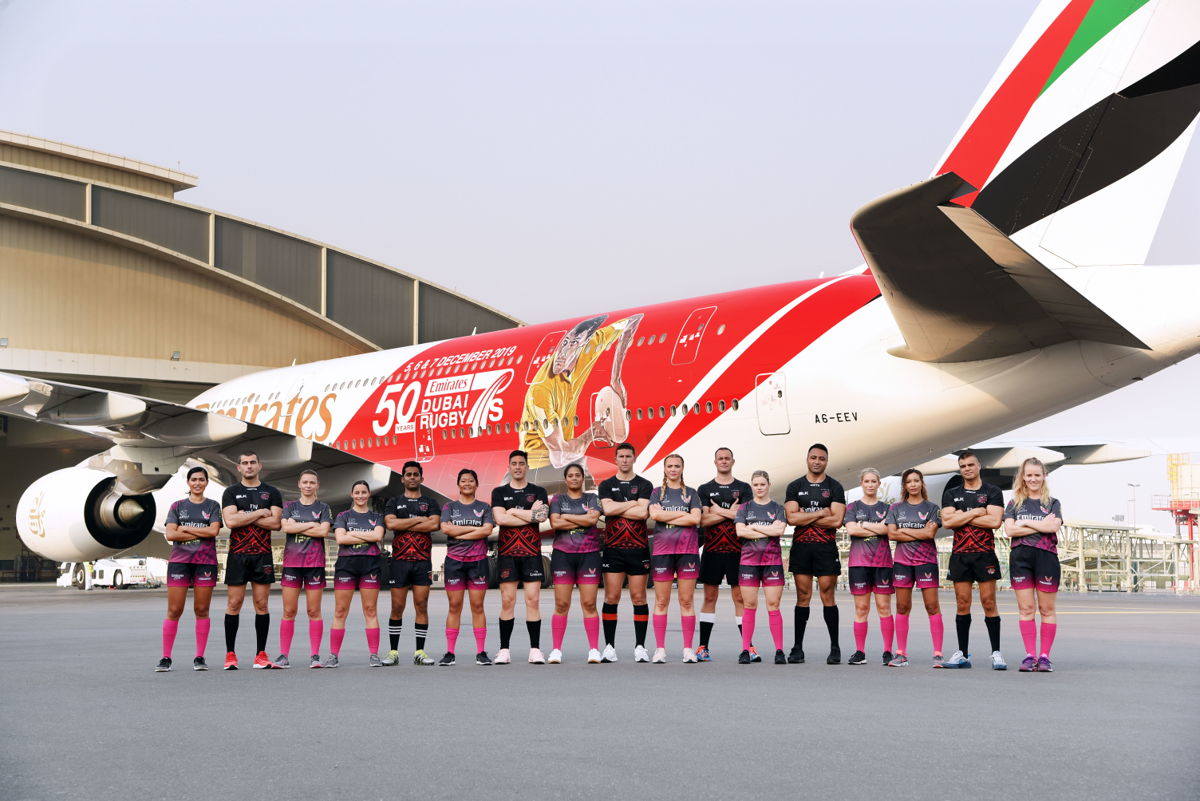 Gary Chapman, President of Emirates Group Services & dnata said: “This livery is one of the many ways we are celebrating the milestone 50th anniversary of the Emirates Airline Rugby Sevens. For the rest of the year it will fly across the world, inspiring both new and diehard rugby fans everywhere to share in the excitement. With three days of exhilarating rugby action, fantastic family activities and incredible entertainment from pop icon Kylie Minogue, it’s going to be the perfect celebration of Dubai’s favourite sporting event.” 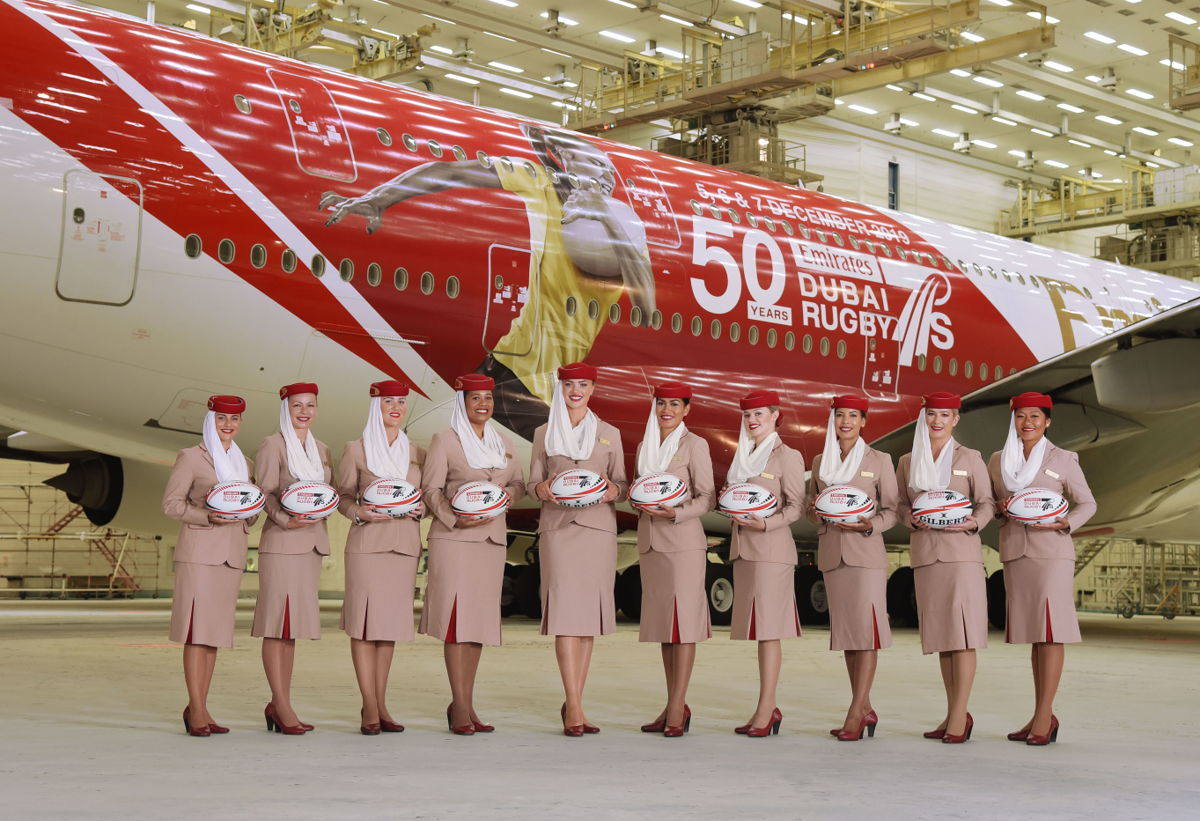 As the longest running sports event in the Middle East, the Emirates Airline Dubai Rugby Sevens, taking place from 5-7 December, has grown to become one of the world’s premier rugby events, hosting the first leg of the HSBC World Rugby Sevens Series and the second leg of the HSBC World Rugby Women’s Sevens Series. It also plays host to an ever-popular and growing international Invitation Tournament, featuring rugby and netball teams from all over the world, with over 300 teams participating across all age groups. This year, over 100,000 fans and spectators will pass through the Sevens gates across the three days. The 50th edition of Dubai’s largest sporting and social event will also see international pop star Kylie Minogue headlining a concert on Friday 6th December.

Emirates connection to the game of rugby goes back to 1987, when the airline became the Dubai Rugby Sevens event’s Official Sponsor. Emirates has focused its efforts on supporting rugby as a valuable way of engaging with customers and fans of the sport.

In 2019, Emirates will be celebrating another highlight on the rugby calendar, as the official worldwide partner and official airline of the Rugby World Cup, being staged in Japan.  Emirates currently sponsors the World Rugby Referee’s and Match Officials in addition to our partnership with the UAE Rugby Association. 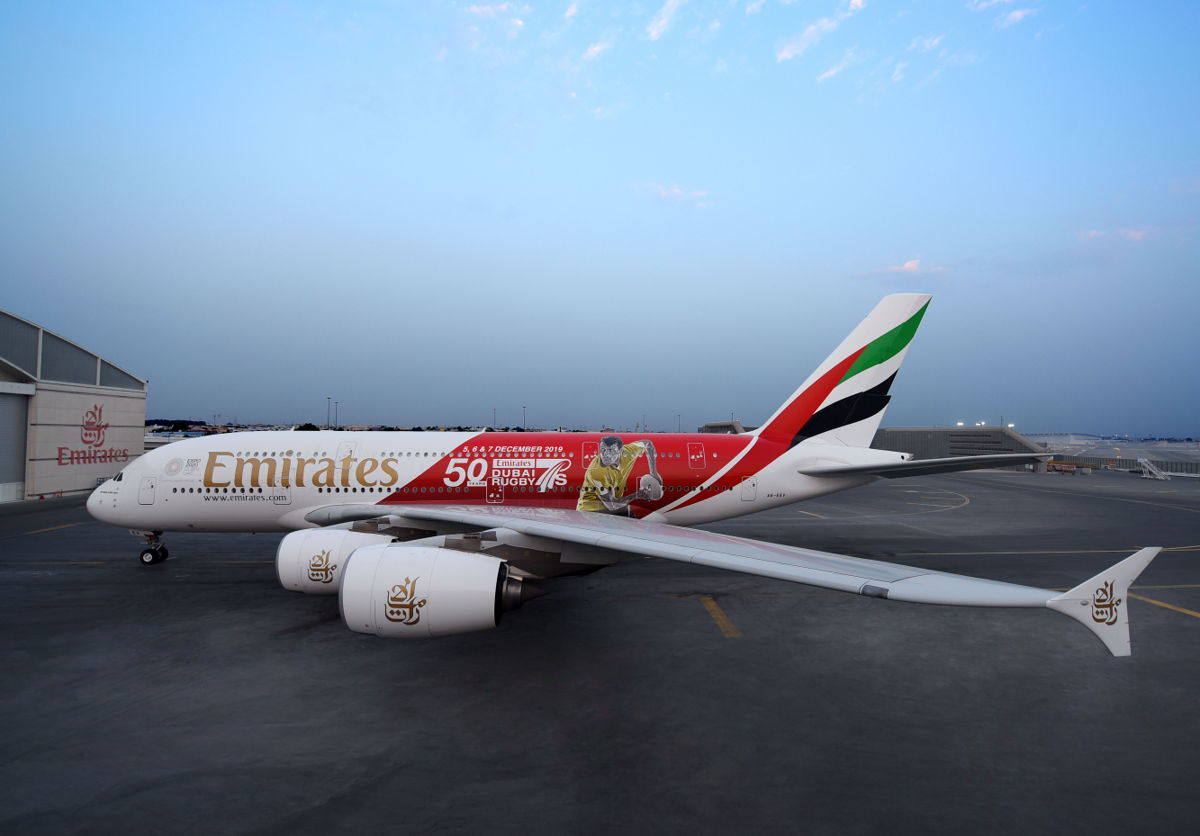 ZURI VTOL demonstrator starts its tests at the airport

The ground test of the VTOL ZURI concept has recently been carried out.The results of the trial allow ZURI to soon proceed to the hovering stage. ZURI now shares the appearance of the t...

As part of its commitment to meet the challenges of decarbonisation of the aviation industry, Swedish airline Braathens Regional Airlines (BRA), turboprop manufacturer ATR and Sustainable Aviation Fue...