An Emirates airline flight from India has crash-landed at Dubai International Airport with almost 300 people on board, officials say.

The Dubai government media office said on its Twitter account that all passengers were evacuated safely and no injuries have been reported so far.

The Boeing 777 was reportedly flying from the Indian city of Trivandrum to Dubai.

Emirates airline said there were 275 passengers and crew on board.

"Our main priority now is the safety and well-being of all involved," the airline says on Twitter.

The live air traffic monitor Flightradar24 said takeoffs and landings at Dubai had been suspended because of the incident.

The Aviation Herald reported that the Boeing 777, from Thiruvananthapuram in India "suffered a collapse of the landing gear and burst into flames".

Data recorded by the Flightradar24 website showed the flight appeared normal until the landing, cruising at 36,000ft before beginning a gradual descent.

A spokesperson for the airline said: "Emirates can confirm that an incident happened at Dubai International Airport on 3rd August 2016 at about 12.45pm local time (9.45am BST)."

All departures have been suspended until further notice, with long delays expected. 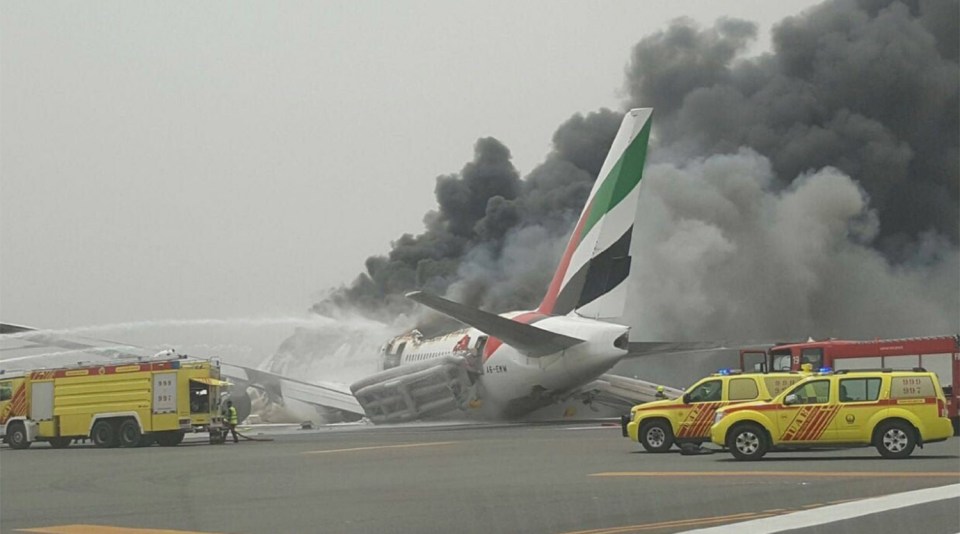