This March, the airline carried more than 4000 athletes and support team members from more than 100 countries to Abu Dhabi to participate in the event.

Around 500 Etihad employees volunteered throughout the Games which accounted for more than 1500 working days. Staff wishing to volunteer at the event were given up to a week in paid leave in support of the Games.

Throughout the Games, Etihad Airways Cabin Crew and Etihad staff volunteers participated in every medal ceremony and presented more than 10,000 medals to the athletes competing in 24 sports.

Over 740,000 miles were donated to the Special Olympics by Etihad Guest members through the mileage donation programme, which was matched by Etihad Guest, bringing the total donation to almost 1.5 million Etihad Guest miles. This generous donation will go directly to helping athletes from all over the world to fulfil their ambitions of competing on a global stage. 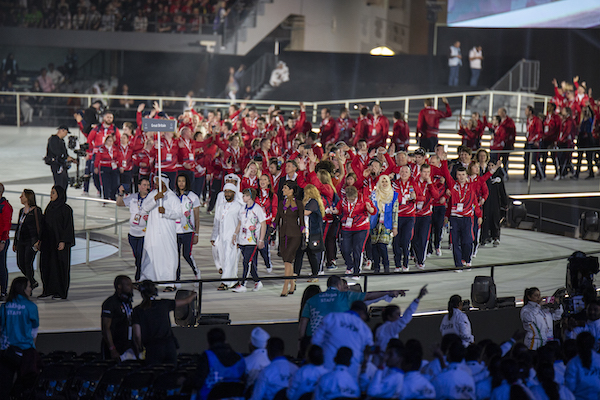 Tony Douglas, Etihad Aviation Group Chief Executive Officer, said: “The Special Olympics movement has engaged with our entire organisation and I am particularly proud of our contribution. From the teams in our airports around the world who have diligently supported the athletes on their journey, to the hundreds of employees who have volunteered at the Games.?

In February, Etihad unveiled a Special Olympics branded Boeing 787 Dreamliner featuring the faces of four UAE Special Olympic athletes, which has been taking the spirit of the Special Olympics to the skies. The aircraft has travelled to Amsterdam, Athens, Barcelona, Jeddah, Kuala Lumpur, Manchester and Shanghai, as well as being on display at the Saudi Airshow earlier this month. The aircraft symbolically delivered the World Games Flame of Hope from Athens to Abu Dhabi, bringing a message of tolerance and inclusion to the world.