An evolving multi-link ACARS landscape, embracing cutting-edge cockpit connectivity and solid VHF foundations, will remain the backbone of the aviation industry for the foreseeable future. So says SITAONAIR, global leader in aviation operational and ATC communications, in its latest white paper, ACARS: Timeless tech for the connected aircraft age.

With a staggering 7.2 billion passengers expected to take to the skies in 2035, according to IATA projections, SITAONAIR’s latest report argues that driving the evolution and diversification of its ACARS technologies is key to empowering the industry to negotiate an increasingly crowded airspace.

SITAONAIR recently announced major partnerships with Inmarsat and Teledyne Controls that illustrate the adaptability of ACARS capabilities for emerging technologies, reflecting and supporting the diverse global aviation community in the connected aircraft age.

The company’s VHF/VDL network has also established an important new aircraft communications infrastructure in developing parts of the world, with more than 50 sites established in Brazil prior to the Rio Olympic Games. 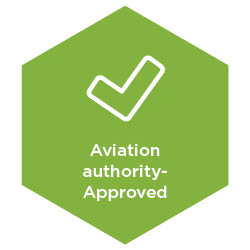 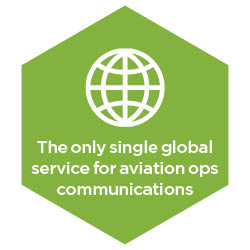 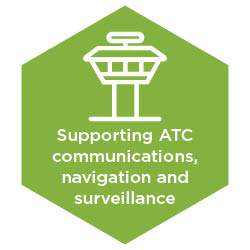 “Our recent announcement with Inmarsat on our adoption of SwiftBroadband-Safety to our wide-ranging connected aircraft portfolio will prove critical. We’re excited about the potential SB-S will bring to enable us to further innovate new, and enhance our existing, services and solutions, around a dedicated, secure IP connection to the cockpit.

“SITAONAIR is taking strides to ensure the ACARS network is evolving in tandem with the digital age, to enable message transmission using alternate technologies. Traditional ACARS and ACARS over IP will have a mutually important role to play in the ground-to-air connectivity landscape. Whether supporting the transmission of millions of ACARS messages exchanged every day, advancing Brazil’s complete VHF and VDL datalink network ahead of the Rio Olympics, or launching a next-generation flight deck IP communications platform, SITAONAIR is and will remain central to our industry’s ACARS story.”

ACARS remains heavily integrated into the ground systems of most airlines. Huge volumes of vital aircraft data come to and from aircraft via ACARS messaging, with 220 airlines now relying on SITAONAIR’s multi-link ACARS technology. The white paper highlights why ACARS, in its diversity, remains the most reliable, efficient and cost-effective ground-to-air messaging system, with SITAONAIR as its core service provider.

The previously reported results for the short fiscal year 2019 (1 March - 31 December) are unchanged after completion of the audit. New orders worth USD 800 million will help offset impending market c...