During an event held on September 15 at the King Abdulaziz Airport in Jeddah, the Director General of Saudi Arabian Airlines Corporation, H.E. Eng. Ibrahim Alomar, the CEO of flyadeal Mr. Con Korfiatis, flyadeal board members, dignitaries, partners, special guests and members of the media were present to mark the official introduction of the airline’s latest Airbus A320neo joining the fleet – its third delivery in three months.

flyadeal is a game-changing initiative that has become the first successful Saudi low-cost airline. It is also currently the fastest growing airline in the Middle East. The formation of the airline was inspired by the Saudi Vision 2030.

Director General Saudi Arabian Airlines Corporation, His Excellency Eng. Alomar said: “flyadeal is a prime example of the Saudi vision 2030. It demonstrates the potential of the Kingdom’s aviation sector. Lower fares from flyadeal will enable more people to travel, encouraging trade and tourism.”

The airline accomplished a unique feat by launching exclusively on digital and social channels, which demonstrated the immense potential of the fast-growing digital and social media market. With its vibrant purple, lime colours and youthful inviting brand, flyadeal quickly became very popular with travellers.

Con Korfiatis, CEO of flyadeal, said “We are designed for today’s price conscious and tech savvy customer and, in a market where 80% of the population is less than 40 and has at least two mobile phones. This is a country that is ripe for technological innovation and ecommerce.” 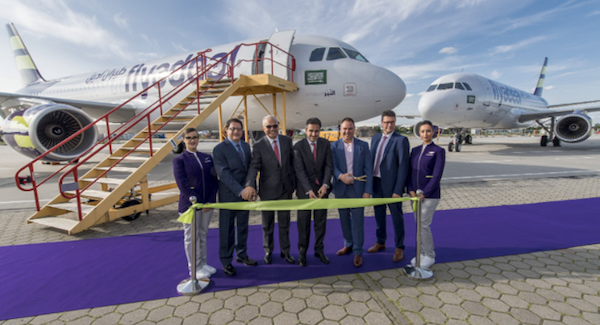 The airline began its operations with a small fleet of leased A320 aircraft, with double daily flights between Jeddah and Riyadh.

In under one year of flying, flyadeal was operating 392 weekly flights within Saudi Arabia and soon became the second largest airline on the highest traffic route in the MENA region (Jeddah to Riyadh).

flyadeal has been able to accelerate growth within the Saudi domestic market. The journey of flyadeal has been exceptional. The low-cost airline is now operating over 600 weekly flights, with a fleet of 15 A320 aircraft.

Con Korfiatis, CEO of flyadeal, said “The performance of the airline has been ahead of expectations. We have grown faster than most start-up airlines and flown over eleven million passengers since we launched.”

Many Firsts in the Kingdom

flyadeal is focusing on providing digital solutions to customers in line with the Vision 2030 focus on digital enablement; 98% of seats sold are through direct online booking.

The airline has also become the first in the Kingdom to create employment opportunities for Saudi women to work in several areas, including pilots, cabin crew, airport managers, executive leadership, and has also supported efforts to localize pilot positions through its cadet program. 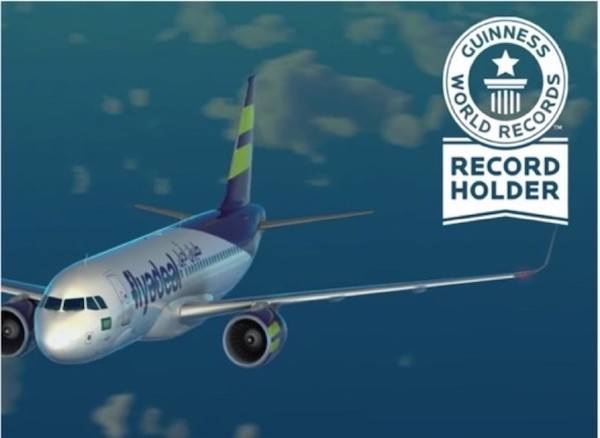 In July of this year, flyadeal began international operations between Riyadh and Dubai, United Arab Emirates. There are plans to expand into other regional and international routes that are yet to be announced.

flyadeal, a subsidiary of Saudi Arabian Airlines Corporation, marks several milestones ahead of its four-year anniversary on 23 September.

flyadeal operates an all-Airbus fleet of single-aisle Airbus A320 aircraft.

“The Airbus A320neo aircraft features a brand-new seating concept, providing greater legroom and comfort for our customers. It features 60% more overhead storage space and a new ambient mood lighting concept. It will also deliver a more fuel-efficient performance and give us the range to open up more new destinations” Con Korfiatis, CEO of flyadeal said.

The airline has now inducted 3 brand new Airbus A320neo aircraft, and are expecting to operate the full 50 that are on order, by 2025.