The new Ottawa route, beginning on May 16, 2020 and lasting until October 24, 2020, will be a summer seasonal flight with an Airbus A340-300 offering a seat configuration of 30 Business Class seats, 28 Premium Economy Class Seats and 221 Economy Class seats. The flight will operate five times per week, on Mondays, Tuesdays, Thursdays, Saturdays and Sundays. LH 473 will depart Ottawa at 5:50pm and arrive the following day at Lufthansa's Frankfurt hub at 7:15am. The return flight from Frankfurt – LH 472 – will depart at 1:45pm and arrive back in Ottawa at 4:05pm. All times are local.

"These are exciting times for the Lufthansa Group and its expansion, growth and increased capacity in North America. We have been serving Canada for over six decades and the ongoing expansion of our airlines flying to the region, especially the addition of the new Ottawa – Frankfurt route, underscores the Lufthansa Group's ever-increasing commitment to the Canadian market, its economy and our customers," said Hans DeHaan, Senior Director of Sales Canada, Lufthansa Group.

Lufthansa's Ottawa service employs the Airbus A330-300 in a three-class cabin configuration. The aircraft includes 30 Business Class, 28 Premium Economy and 221 Economy Class seats to accommodate a total of 279 passengers. Lufthansa's state-of-the-art aircraft offers customers an onboard experience that includes comfortable seating in all classes, acclaimed culinary offerings, a plethora of in-flight entertainment operations and Wi-Fi throughout the entire journey. As the only five-star-rated airline in the Western Hemisphere (certified by Skytrax), Lufthansa is one of a select group of airlines worldwide to earn the coveted rating.

Frankfurt, Germany's most international city, offers a rich culture and history, with a population of about 5.6 million. The Frankfurt Rhine-Main metropolitan region is one of Europe's leading economic centers and a popular travel destination. It is home to a wide range of tourist attractions and sights, including world-class ballet, opera, theaters and art exhibitions. As Germany's fifth largest city, it is the nation's financial powerhouse—home to the German Central Bank and the European Central bank, which manages the euro. It is also the gateway to Germany's robust hi-tech scene.

The Lufthansa Group – with its airlines Austrian Airlines, Brussels Airlines, Edelweiss, Eurowings and Swiss International Air Lines – as well as its Star Alliance and joint venture partner Air Canada, additionally offer a large range of options to fly from Canada to Europe and beyond.  Passengers specifically arriving in Frankfurt can connect to over 1,300 destinations worldwide through Lufthansa Group carriers and Star Alliance partners—the world's largest airline network.

Aside from the new Ottawa route, the Lufthansa Group also serves four other Canadian gateways:

Lufthansa Group in Montreal
Beginning in March 2020, Brussels Airlines will launch its new, non-stop seasonal service between Montréal, Quebecand Brussels, Belgium. With Brussels' new gateway in Montreal, Lufthansa Group's passenger airlines will be fully represented in this region, joining Austrian, which was successfully introduced to Montreal in April 2019, as well as Lufthansa and SWISS.

Lufthansa Group in Toronto
Lufthansa offers year-round, daily flights from Toronto to its two hubs in Frankfurt and Munich.

Lufthansa Group in Calgary
SWISS's subsidiary, Edelweiss, offers seasonal flights from Calgary to Zurich. The next timetable runs from May - August 2020. 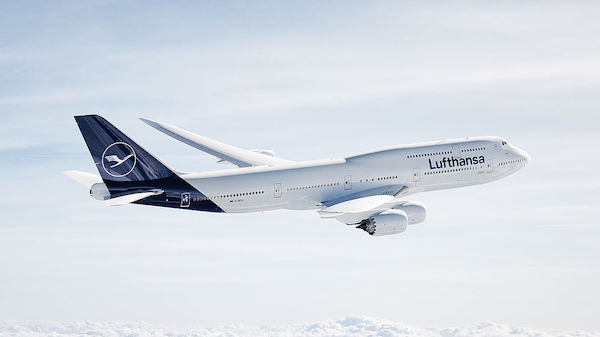 Loading comments for Five Canadian gateways in 2020 by Lufthansa Group with Ottawa as new addition...