The Lufthansa Airbus A340-600 "Leverkusen" is about to make its 462th measurement flight in the service of atmospheric and climate research. For 15 years now, the long-haul aircraft D-AIHE has been collecting up to 100 different trace gases, aerosol and cloud parameters on selected flights for the European research infrastructure IAGOS-CARIBIC (Civil Aircraft for the Regular Investigation of the atmosphere Based on an Instrument Container), an alliance of 12 European research institutes. Since the start of the measurement flights on 13 December 2004, the CARIBIC jet has covered more than 3.6 million flight kilometres for science. This corresponds to 85 orbits around the world.

The measurement data is collected mainly during the cruise flight at an altitude of nine to twelve kilometres in the tropopause region, the boundary layer between the troposphere and stratosphere. The data, which are very valuable and unique for research purposes, are needed by scientists in order to assess the efficiency of today's atmospheric and climate models and thus their significance for the future climate on Earth. Aircraft can record climate-relevant parameters with higher accuracy and temporal resolution than satellites or ground-based measurements.

"We are very pleased about the long-standing and successful cooperation with the atmospheric researchers. Lufthansa assumes responsibility and supports the development of a globally unique database for climate research," says Dr. Gerd Saueressig, project manager at the Lufthansa Group.

The Lufthansa Group and its scientific partners invested more than three years of preparation time and more than 1,000 assembly hours in converting the aircraft into a research laboratory. In addition, a 1.6-ton automated measuring container was developed especially for the research project. 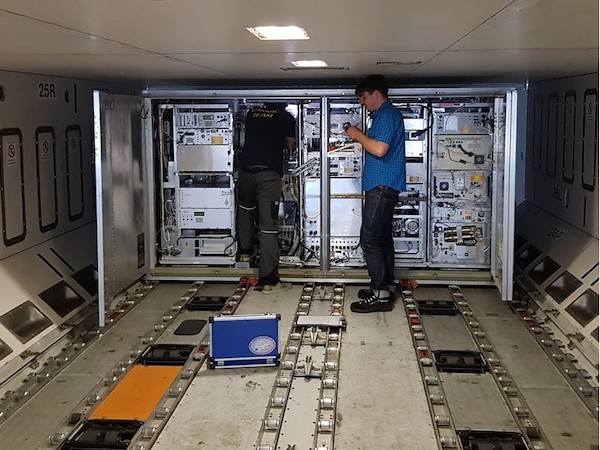 "The high-tech laboratory with its 19 instruments, some of which are very complex, allows the investigation of a large number of climate-relevant processes and their future change, for example aerosol cloud processes or exchange processes between troposphere and stratosphere," says Dr. Andreas Zahn from the Karlsruhe Institute of Technology and coordinator of IAGOS-CARIBIC.

Each measurement flight is preceded by a three-week planning phase. The scientists can freely select the destination from the A340-600 route network. 20 divisions of the Lufthansa Group and Munich Airport are involved in the installation and removal of the measurement container, such as dispatchers, technical operations managers, traffic managers and corporate security, in order to ensure smooth operations. Air, aerosol and cloud particles enter the measurement laboratory via a special air inlet system on the outer fuselage of the Lufthansa long-haul jet.

To date, the evaluation of the extensive measurement data has led to over 150 scientific publications and, since 2015, to six articles in the high-ranking journals of Nature and PNAS. Particularly noteworthy are the results of the eight aerosol measuring instruments, which were able to provide insights to the effects of volcanic ash particles or North American forest fires on the atmosphere. In 2014, the flying CARIBIC laboratory was also able to make an important contribution to the detection of three previously undiscovered chlorofluorocarbons (CFCs), the main causes of the so-called ozone hole in the stratosphere.

The CARIBIC container had a special mission in April 2010 after the eruption of the Icelandic volcano Eyjafjallajökull. Three ad-hoc measurement flights were carried out to determine the ash concentration and composition of the volcanic cloud over Europe. Lufthansa was the only airline capable of making such measurements through CARIBIC.

Even before CARIBIC, Lufthansa had supported the MOZAIC (Measurement of ozone, water vapour, carbon monoxide and nitrogen oxides aboard Airbus in-service aircraft) research programme for many years. Both projects were united and today form the European research infrastructure IAGOS (In-service Aircraft for a Global Observing System) with the two subprojects IAGOS-core and IAGOS-CARIBIC.

The IAGOS-core system is installed at Lufthansa on two other long-haul aircraft, which contribute significantly to the development of one of the most comprehensive data sets of ozone and water vapour content in the free atmosphere ever.

The Lufthansa Group will continue to work with science and research to observe and measure the Earth's atmosphere with selected aircraft. After all, scientifically sound findings form the basis for a better understanding of climate change and for developing targeted measures for even more sustainable aviation. 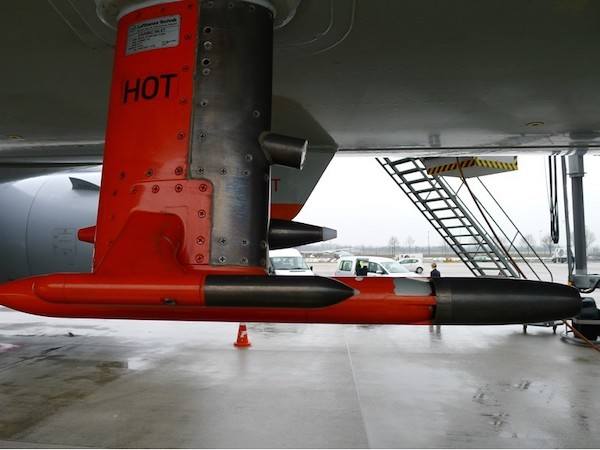