Cabin crew make or break a flight — it’s as simple as that. “The airline with a great seat and a bad crew will get a bad score no matter how fancy the seat is,” IATA director of marketing and sales Tim-Jasper Schaaf said when speaking of the association’s Airs@t survey program. “The crew drives passenger satisfaction so much that the other factors are less important.”

That was certainly true on the four Qantas flights I’ve taken in business class in the last few weeks, flying from Wellington to Sydney, Sydney to Melbourne, Melbourne to Brisbane, and Brisbane to Perth. On one flight out of the four the crew were excellent, while on two they were only passable and on one they couldn’t care less.

Yet the flight at which I look back most positively had Qantas’ worst inflight product on it — and the reason why it was a good flight is entirely down to the crew.

That experience, from Sydney to Melbourne, was on board one of the high-density Airbus A330 aircraft with recliner seats in a 2-3-2 layout. The middle seat in the centre is blocked off as a faux table, somewhat like Eurobusiness economy. These seats are really international premium economy seats rather than domestic business, with an inch or two less width and an inch or two less pitch. 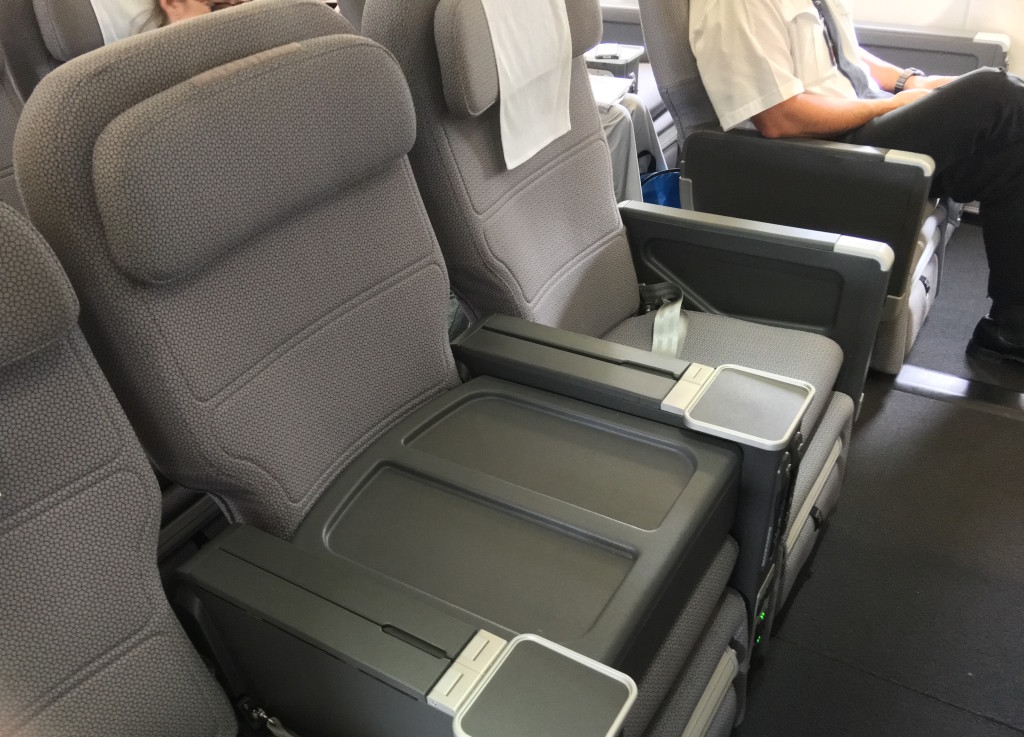 With the middle seat of three blocked off, these international premium economy seats become domestic business

But even with this being the shortest of all the flights I took, at just around the hour mark, Qantas still managed to serve a full meal and several beverage runs, including keeping the particularly demanding passenger next to me (who seemed to be running a serious red wine deficiency) supplied. But more than managing to perform the service required, it was the extra runs with water, wine, tea and coffee, as well as greeting everyone by name and having a quick chat with each passenger during the service while putting together their chosen dish, that made this crew above average.

It was a real contrast with the flight that immediately preceded it, which was operated by Jetconnect, Qantas’ NZ subsidiary that operates all NZ flights for the airline. This crew really couldn’t have cared less: it was as if they were on rote, with no personal greetings, no real effort to make the flight memorable, and not even a smile. On what was just under a four hour flight from Wellington to Brisbane, they disappeared after the meal service and just sat in the galley talking to one another, without checking whether passengers on a cocktail hour flight wanted a refill or fancied a glass of something different.

And on the two following flights, the crew were fine but nothing to worry about, with a couple of water runs but no real effort to learn what passengers might like — excusable, perhaps, on the two hour 737 flight between Melbourne and Brisbane, but not really on a five hour journey on an A330 from Brisbane to Perth with just 26 passengers in business class.

Qantas trades significantly on its historical context and place in the hearts of many Australians and overseas travellers, like me. I can’t hear “I Still Call Australia Home” without thinking of the red roo. Part of this brand equity is its crew, who — when they are on their game — make a fantastic flight as they combine being matey, welcoming, service-focussed, and professional. I found it fascinating that the flight that I considered was the worst of the four was the one where it the service focus fell down, despite being above average in seat and IFE amenities. 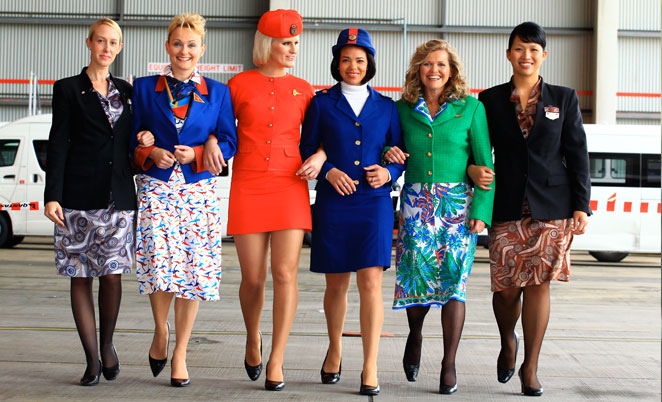 No matter what the decade, great crews have always made great flights. Image – Qantas

John Walton spent frequent flyer points for these flights, and as ever all opinions are his own.

SITAONAIR welcomes the versatile and innovative team from GTD Air Services, who have a proven record for successfully developing state-of-the-art weather and mobile applications for airline profession...