Israel's national airline, El Al, is betting on a billion-dollar overhaul of its ageing fleet to claw back market share dented by relentless competition from low-cost carriers and a damaging dispute with pilots.

El Al was once the go-to airline for most Israelis thanks to the kind of stringent security that sees it equip planes with missile defense systems. But it has frustrated customers over the past decade with an ageing fleet that has borne poor comparison with competitors which offered newer jets fitted with the latest in hi-tech entertainment and comfort.

The average age of its 19-strong long-haul fleet of Boeing 767s, 747s and 777s is 18 years, with 14 of them more than 21 years old. By contrast Turkish Airlines, the second-largest carrier operating in Israel after El Al, has a fleet that averages four years for its long-haul 777s and Airbus A330s.

Dganit Palti, El Al's chief financial officer, acknowledged upgrading the fleet was a pressing need for the company. Next year, the carrier will start to receive the first of 15 787 Dreamliner planes in a $1.25 billion deal. It also has an option to buy 13 more 787s, which are 20 percent more fuel efficient.

"In 2020, when we finish replacing all wide-body planes, the average (age) will be six years," Palti told Reuters. "The Dreamliner and the replacement of the wide-body fleet will give us a big advantage."

El Al's fleet issues have been magnified by Israel's 2013 open-skies agreement with the European Union that has allowed more low-cost airlines like easyJet and Wizz Air to operate services to Israel, presenting travelers with a wide assortment of prices, flying times and days, and connections.

The past year has also been a particularly punishing one due to a dispute with its 600 pilots, who on average were earning $25,000 a month because of generous overtime and other benefits, which hit the airline's profit margins. 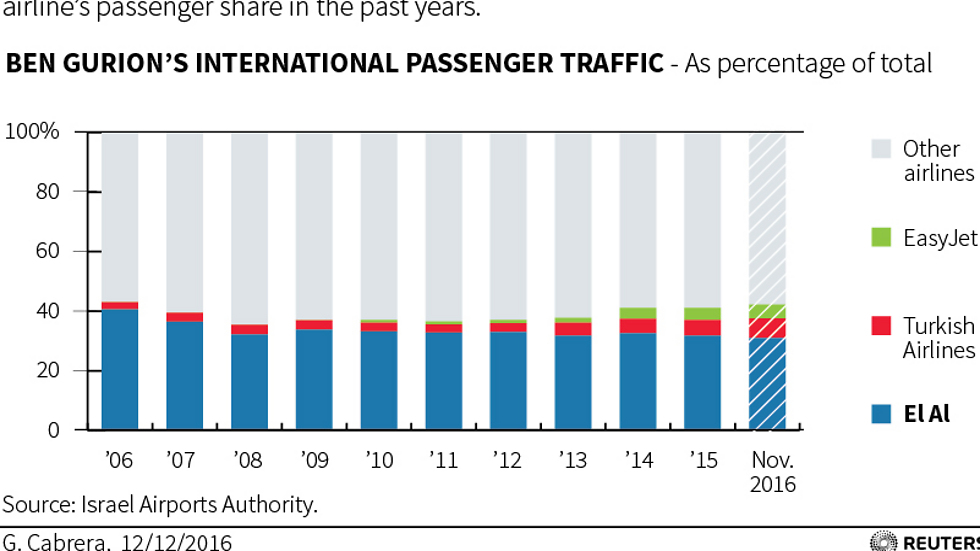 By comparison, a pilot at Lufthansa, among the most well paid in Europe, earns on average $190,000 a year before tax, though a captain on the highest pay level can earn as much as $23,400 a month before tax.

The dispute, which led to delays and cancellations, has now been resolved. But the row, along with the carrier's ageing fleet, tickets that are often hundreds of dollars more expensive, and fierce competition, has tested the loyalty of many Israelis who still prefer to fly El Al because of non-stop flights, tough security and Hebrew-speaking crews.

From a 50 percent share of all flights to and from Israel a decade ago, the airline barely retains a third of the market and is losing share by the month. Its share price is down by about 12 percent this year.

Jerusalem resident Robby Berman said he would prefer to fly El Al but each time he does, the video screens and audio don't work and movies are "10 years old".

"I used to love El Al," said Berman, who runs an organ donor society. "But all the airlines upgraded airplanes 10 years ago and El Al is still waiting. They have alienated so many people. I can't see myself going back to them for a long time even if they get new planes."

This is an example of the battle the airline faces to change perceptions.

While planes can fly for over 20 years if they are well maintained, many rivals have younger fleets.

El Al, privatized in 2006, says that while its market share has dropped, it is still large since the overall market has grown sharply. Despite losing share, its passenger numbers are actually up and is on track to fly some 5.5 million passengers in 2016, up about 13 percent from 2015, and from 3.6 million a decade ago. 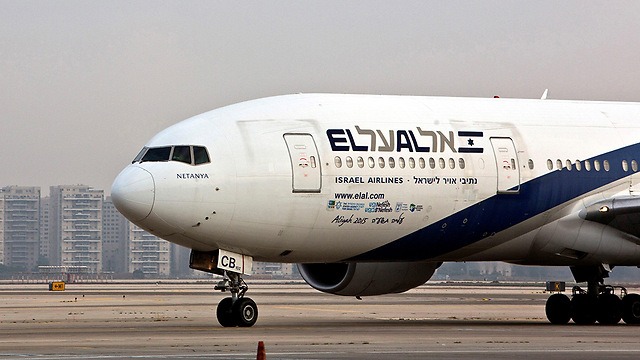 It has a loyal customer base among those Israelis who regard security as paramount, and ultra-Orthodox Jews who typically opt for the airline since it does not fly on the Jewish Sabbath—from sundown on Friday until nightfall on Saturday.

"They have an advantage in terms of security and they have things other airlines don't have like defense systems on planes," said Noam Pincu, an analyst at the Psagot brokerage in Tel Aviv.

"They are considered to be more safe," he said, also referring to strict pre-flight strict screening procedures at the airport and armed air marshals onboard every plane.

But Pincu said that as long as fuel prices stayed low, El Al could remain profitable but that the new fleet was crucial to securing its future.

"If they would have stayed with the 747s then eventually people would stop flying them."

Universal Hydrogen announced it has executed a letter of intent with ASL Aviation Holdings. ASL will be a global launch customer for the turboprop cargo market and plans to purchase up to te...

There is no denying that private jets are an exquisite asset that most of the time can be obtained only by the most prominent figures. In the public’s eyes, a delightfully equipped Gulfstream G6...