The airlines in the Lufthansa Group are significantly expanding their services in the second half of June compared with the previous weeks. As in the first half of June, the focus will be on summer tourist destinations. The aim is to make as many destinations as possible accessible for holidaymakers and business travelers and thus expand the European and intercontinental network for holidaymakers and business travelers.

Starting from June15th, Lufthansa alone will be resuming around 20 German and European destinations from Frankfurt and as many as 34 from Munich, thus supplementing the airline's flight schedule, which has been growing steadily for a few weeks. These include attractive holiday destinations as Dubrovnik, Faro, Venice, Ibiza and Malaga from Frankfurt. Additionally, Porto, Split, Cyprus, Biarritz and Agadir and many more from Munich. Furthermore the weekly accessibility of already existing and highly demanded destinations, such as Mallorca or Sylt, will be increased. As a result, Lufthansa's flight schedule will grow from around 500 to almost 900 weekly connections at the Frankfurt and Munich hubs during the course of June.

The Lufthansa Group airlines are thus responding to the growing interest of customers in air travel as travel restrictions and entry rules in various countries have gradually ben relaxed. This includes the German government's planned lifting of travel advisories and restrictions for more than 31 European countries.

With 2,000 weekly connections to more than 130 destinations worldwide, the variety of travel opportunities available to all Lufthansa Group travelers will be greatly extended with immediate effect, subject to any travel restrictions. The additional flights for the second half of June will be implemented in the booking systems today, 28 May, and are thus bookable. All destinations can be booked on lufthansa.com or on the websites of the respective Group carriers.

In addition, 34 long-haul destinations are now also available again in the Lufthansa Group airlines' flight schedules. In total the airlines now offer around 112 weekly connections to destinations outside Europe.

The flight schedules of the Lufthansa Group's airlines are closely coordinated, enabling reliable connectivity to European and intercontinental destinations via the hubs.

On 15 June 2020, Austrian Airlines aircraft will resume regular flights after a break of almost 90 days. Subject to new official restrictions, the airline will thus take off to 37 destinations in the first two weeks of the new start.

SWISS plans to increase its services to Italy, and will resume services from Zurich to Brindisi, Florence, Naples, Palermo, Rome and other destinations in the second half of the month. From Geneva, SWISS passengers will again be able to fly to Faro and Nice, among other destinations.  SWISS will continue to serve some ten long-haul destinations.

Eurowings will be substantially expanding its timetable from June onwards, adding 40 new European destinations to its schedule. The fleet will be doubled to up to 20 Airbus aircraft by the end of June. One focus of the expansion of the flight schedule is on connections to Europe's most popular sunny islands Mallorca, Sylt and Heringsdorf as well as holiday destinations such as Greece and Croatia.

From 15 June, Brussels Airlines will resume flight operations and offer a route network of 59 destinations between June and August.

In accordance with the entry regulations of the respective countries, Edelweiss will continuously expand its flight offerings in the coming weeks. By the end of June, it is currently planned to operate 171 flights to 36 holiday destinations. It is also planned to operate the first long-haul flights on a regular basis again.

Air Dolomiti has already announced the resumption of flight operations with new domestic connections. The Group airline will be operating its first flights from Florence to Catania and Palermo from 5 June and from 19 June to Bari and Cagliari.

Important note: When planning their trip, customers should observe the current entry and quarantine regulations of the respective destinations. Throughout the entire journey, restrictions may apply due to stricter hygiene and security regulations, for example, longer waiting times at airport security checkpoints. The catering services on board will also remain restricted until further notice.

Furthermore, passengers are still requested to have a mouth-nose-to-mouth to wear the cover on board during the entire voyage. 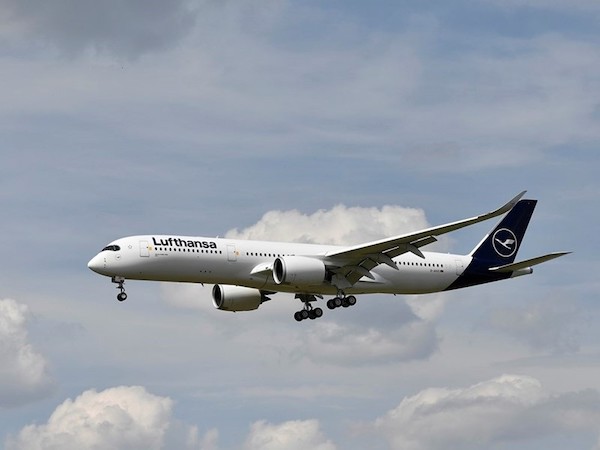 ATR announced the successful first flight of its new purpose-built regional freighter aircraft. The flight took off at 14:00 from its Saint-Martin site and lasted two hours. During the fligh...

TECNAM is constantly challenging the status quo regarding technology and design. Sleek, modern and seductive, the P2012 Traveller has been the reference platform to develop the P2012 Sentine...