Norwegian CEO: "The UK will be at the heart of our continued global expansion"

Norwegian CEO Bjorn Kjos today delivered an address in London to outline his global expansion plans for the world’s best low-cost long-haul airline, as the UK grows to become one of the carrier’s most important markets.

Europe’s third largest low-cost airline has led the market in low-cost long-haul travel since first launching transatlantic services from London Gatwick to the USA in 2014. Norwegian has since flown more than 2 million passengers on its transatlantic routes at London Gatwick. The airline flew more than 5.1 million UK passengers in 2017 and will shortly commence a series of new long-haul routes using Boeing 787 Dreamliner aircraft, including the UK’s first low-cost flights to South America (14 February), and new direct services to Chicago and Austin in March.

The airline’s CEO, Bjorn Kjos, one of the founding partners of Norwegian in 2002, addressed UK media at The Shard in central London and explained the growing importance of the UK market and the airline’s strategic plans in five key points: 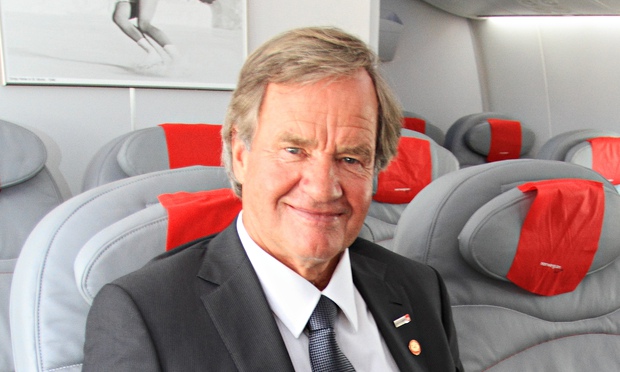 Bjorn Kjos, Chief Executive Officer at Norwegian said: “The UK will be at the heart of our continued global expansion and we remain fully committed to the market. We are launching long-haul routes exclusively from London Gatwick, introducing our newest Dreamliners to Gatwick and increasing frequency on popular routes which reflects the growing importance of the UK to the future of our business.

“UK passengers will be the first to benefit from our newest routes and upgraded long-haul passenger experience. With plans to rollout inflight Wi-Fi on our long-haul flights, Norwegian will be in a better position to increasingly target business passengers as we also have plans for more exciting routes and flights to the USA, South America and Asia.

“With huge global ambitions, we’re confident that the UK can offer Norwegian a springboard to further expansion as we aim to become the long-haul airline of choice for passengers seeking a high-quality service at great value.”


Loading comments for Norwegian CEO: "The UK will be at the heart of our continued global expansion"...