Norwegian initiates a reorganization plan with its daughter companies

Following the government of Norway’s decision to withhold further support from the airline, and the ongoing COVID-19 pandemic, Norwegian Air Shuttle ASA has decided to initiate an examinership process in Ireland relating to its subsidiary Norwegian Air International Limited (NAI), its wholly-owned asset company Arctic Aviation Assets DAC (AAA) and some of AAA’s subsidiaries; Norwegian will also enter in and get protection of the Irish Examinership process as a related party.

Norwegian has chosen an Irish process since its aircraft assets are held in Ireland. Norwegian has taken this decision in the interest of its stakeholders.

The purpose of the process is to reduce debt, rightsize the fleet, and secure new capital. This reorganization process protects the assets of the Norwegian group while allowing the company to focus on the rightsizing of the group. The process is estimated to take up to five months.

Norwegian will continue to operate its route network (currently limited due to the COVID situation) and trade as normal on the Oslo Stock Exchange (Oslo Børs). Norwegian Reward will continue as normal honoring and earning CashPoints for its members. Safeguarding as many jobs as possible, while rightsizing its asset base, will continue to be a top priority for the management team throughout this process.

Jacob Schram, Norwegian CEO, said: “Seeking protection to reorganize under Irish law is a decision that we have taken to secure the future of Norwegian for the benefit of our employees, customers, and investors. Our aim is to find solutions with our stakeholders that will allow us to emerge as a financially stronger and secure airline.”

The process of examinership in Ireland allows financially sustainable businesses to address elements of the business which require restructuring with the aim of protecting jobs and preserving the core value of the business. This protection, through a court appointed examiner, ultimately allows a company to secure new capital and implement a legally binding scheme for the settlement of debts.

“Our intent is clear. We will emerge from this process as a more financially secure and competitive airline, with a new financial structure, a rightsized fleet, and improved customer offering,” said Schram.

Based on Norwegian’s current cash position and the projections going forward, the company believes it has sufficient liquidity to go through the above-mentioned process. 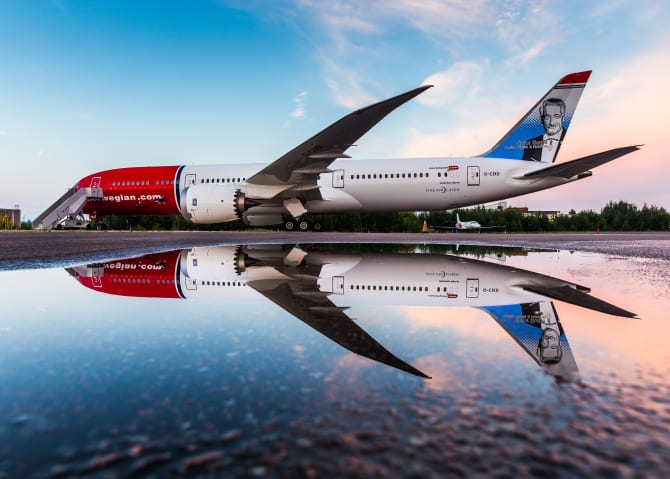 Loading comments for Norwegian initiates a reorganization plan with its daughter companies...