If you put together two definitions - aviation and illegal wildlife trade - you have to think a couple of seconds about connection between them.

People loving documentary, and TV series, will tell you pretty fast regarding airport customs dealing with IWT a lot.

The Illegal Wildlife Trade (IWT) Assessment was developed by the International Air Transport Association (IATA), as part of IEnvA - IATA’s environmental management and evaluation system for airlines - with support from The Royal Foundation of The Duke and Duchess of Cambridge and The Duke and Duchess of Sussex and USAID’s Reducing Opportunities for Unlawful Transport of Endangered Species (ROUTES) Partnership. Compliance with the IWT IEnvA Standards and Recommended Practices (ESARPs) enables airline signatories to the United for Wildlife Buckingham Palace Declaration to demonstrate that they have implemented the relevant Commitments within the Declaration. In May 2019, Qatar Airways was independently assessed and was deemed to have met the requirements of the IWT Assessment. 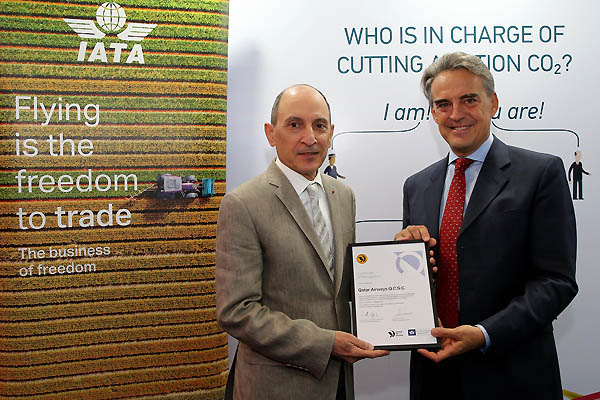 Qatar Airways Group Chief Executive, His Excellency Mr. Akbar Al Baker, said: “We are proud and honoured to be the first airline recognised by our industry for delivering on the commitments we made at Buckingham Palace in March 2016.  We remain dedicated to this cause, and will continue to work with our stakeholders to raise awareness and improve detection of illegal activity.”

IATA Director General and Chief Executive Officer, Mr. Alexandre de Juniac, said: “The trade in illegal wildlife could rob future generations of some of our most precious and iconic species. Sadly, traffickers take advantage of the air transport networks we have built, and we all share a responsibility to play our part in eradicating this appalling trade. Qatar Airways is leading the way with its anti-trafficking initiatives, using IATA standards and recommended practices, and they are to be congratulated on their well-deserved recognition from the Royal Foundation.”

Illegal trade in wildlife is worth an estimated $23 billion USD per year, and threatens the survival of some of the world’s most endangered species. Animals and animal products are transported around the globe for trade, taking advantage of commercial transport services, including aviation, which is unknowingly misused by traffickers.

As an inaugural signatory to the Buckingham Palace Declaration in March 2016 and a founding member of the United for Wildlife Transport Taskforce, Qatar Airways has a zero tolerance policy towards the illegal trade of endangered wildlife. The airline has implemented multiple initiatives to help prevent illegal wildlife transportation activity through its network, such as training employees on how to detect and report suspicious activity and raising passenger awareness of the importance of the issue.

Chair of the United for Wildlife Transport Taskforce, Lord Hague of Richmond, said: “Congratulations to Qatar Airways on being the first to achieve this important new certificate, which represents the high standard to which airlines are now being held and is only awarded to those truly taking the necessary measures to combat the illegal wildlife trade.”

Although certification to the IWT Assessment may not prevent traffickers from attempting to exploit an airline’s network, it confirms that an airline has procedures, staff training and the reporting protocols that makes the smuggling of illegal wildlife products more challenging. Examples of Qatar Airways' proactive approach to the prevention of illegal wildlife trade include:

·         Working with the USAID’s ROUTES Partnership in developing Qatar Airways’ training material, and sharing intelligence and best practice within the industry

Qatar Airways currently operates a modern fleet of more than 250 aircraft via its hub, Hamad International Airport (HIA) to more than 160 destinations worldwide. The airline will add a number of new destinations to its extensive route network in 2019, including Malta; Davao, Philippines; Lisbon, Portugal; Mogadishu, Somalia and Langkawi, Malaysia.