Congratulations on the major milestone - Beechcraft King Air 360/360ER and King Air 260 both achieved European Aviation Safety Agency type certification and will begin deliveries to customers throughout the region! “EASA certification begins a whole new era for the Beechcraft King Air in Europe,” said Tom Perry, vice president of Sales for Europe, Middle East and Africa. “The King Air has been the turboprop of choice throughout this region for more than five decades, and the new 260 and 360 will build on that legendary reputation. We have incorporated innovative and next generation technologies that enhance the flying experience for an already proven aircraft.”

Renowned for their versatility and reliability, King Air turboprops have been a popular choice across Europe with more than 460 aircraft throughout the region. Nearly half of all King Airs in Europe are owned and operated in France, Germany and the United Kingdom. 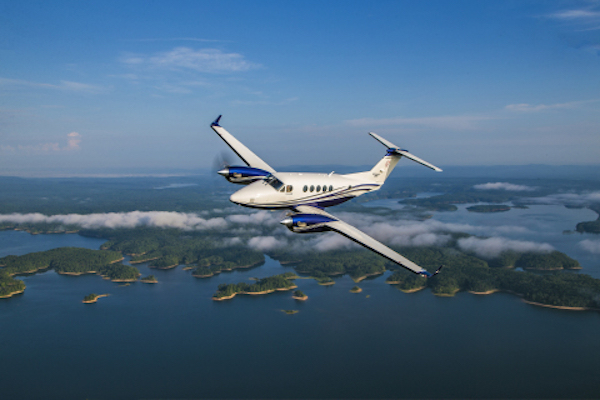 The King Air 360 cabin, meanwhile, offers a stunning new look with craftsman-built cabinetry, partitions and side ledges, and high-quality finishes, along with a selection of six interior schemes. Other amenities that come standard on the King Air 360 include pull-out work tables, power outlets, USB charging stations and a private aft lavatory.

The new King Air turboprops were introduced in 2020, with the Beechcraft King Air 360/360ER achieving U.S. Federal Aviation Administration (FAA) certification in October 2020 and the King Air 260 in March 2021.