Riga to Frankfurt with airBaltic

Some of us are travelling less due to job specifics, some much more. Different airports, different airlines, different flight experiences... Each time you are getting to know a new one, it is really interesting, a bit of the premiere feeling.

This time we were flying with airBaltic from Riga to Frankfurt. First thing we found really easy and great to use – airBaltic online check-in. fast and efficient! So arriving at the airport we had the boarding pass on smartphone screen and all procedures went also calm and fast.

Later we found out airBaltic is offering a really nice and modern airport lounge, we will have to see it someday, this time we didn't had time before the boarding.

By bus we arrived to the aircraft. A Bombardier Q400 Next Generation. Friendly smiling flight attendant was welcoming all passengers. Boarding almost completed, we are waiting for 4 more passengers coming from Moscow. Both flight attendants, Liana and Gita made very comfortable these some minutes of waiting.

This is captain speaking....and we are ready for the take off, which went just perfectly. In some moments we already were enjoying the Gulf of Riga and Latvian capital from bird's-eye.

Service in the Business class is just perfect! Great choice of meals and drinks. Presented in a good way. 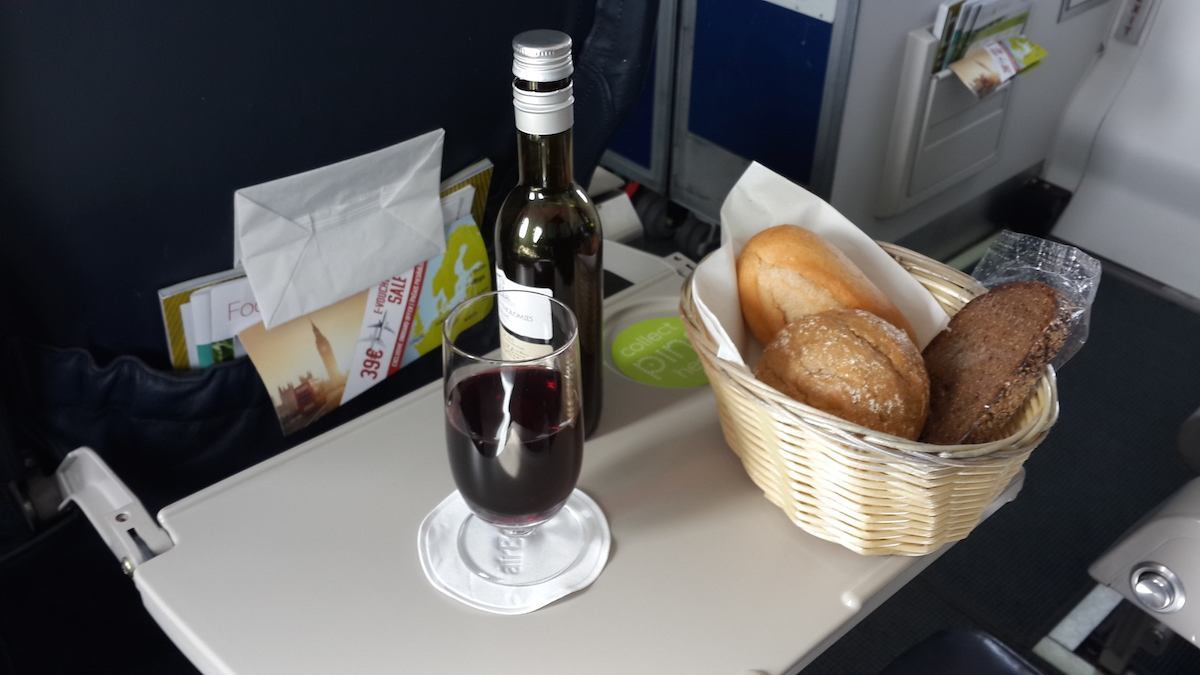 All the economy class passengers were happy too, as far as we could see. Service on board was fast,nice and jugging by people faces tasty too.

We had a chance to find out a bit more about cabin chif experience in the company. Liana is flying for 8 years now, really enjoying what she does. She gave only best references to Q400 aircraft, describing as a reliable workhorse.

Mikas, the captain and Ain, the co-pilot were a real team. The flight went on smoothly, without the slightest sign of turbulence. Or we were so comfortable that we were just enjoying the flight.

Right at it was supposed to be we landed at Frankfurt Airport. Again...perfect landing. Already twice airBaltic achieved the best on-time performance globally in 2014 and 2015. We wish it becomes a tradition and same title will be received also for 2016.

Special Thank you to Mikas&Ain&Liana&Gita! We hope to fly with you again soonest possible!