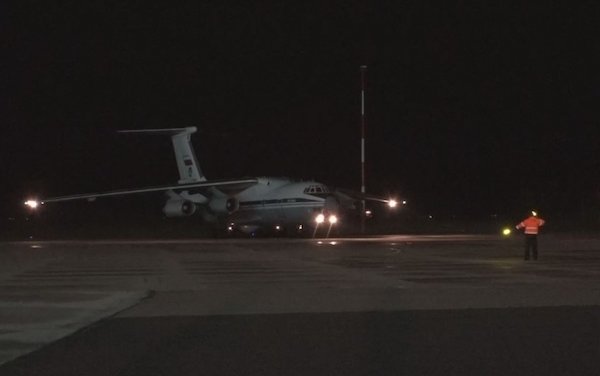 A Russian aircraft with medical equipment and protective equipment may fly to the United States before the end of the day to provide assistance to the country amid the coronavirus pandemic, Kremlin spokesman Dmitry Peskov said on Tuesday.

"Today, technical coordination was conducted, and preparations were underway to send an aircraft from Russia [to the US], which is expected to leave by the end of the day," Peskov said, adding that Russian President Vladimir Putin and his US counterpart, Donald Trump, discussed this assistance during their phone conversation on Monday.

"The Russian side has offered this assistance, in the form of medical and protective equipment, to America amid the difficult epidemiological situation there. Trump has accepted this humanitarian aid with gratitude", Peskov added.

The Kremlin spokesman noted that he had an impression that "some people from the US side were at least not contributing to urgently resolving technical problems for implementing the agreement of the two presidents".

"It is important to note that, offering assistance to US colleagues, the president [Putin] assumes that when US producers of medical equipment and materials step up production, they will be capable of responding in kind, if needed", Peskov added.

"Now, when the existing situation affects everyone, with no exception, and is of a global character, there is no alternative but to act together, in the spirit of partnership and mutual assistance", he said.

Since 22 March, Russia has been sending mobile teams of military virologists and doctors, as well as vehicles for aerosol disinfection and medical equipment to Italy.


Loading comments for Russia may send plane with medical equipment to US by day-end to assist COVID-19 fight...