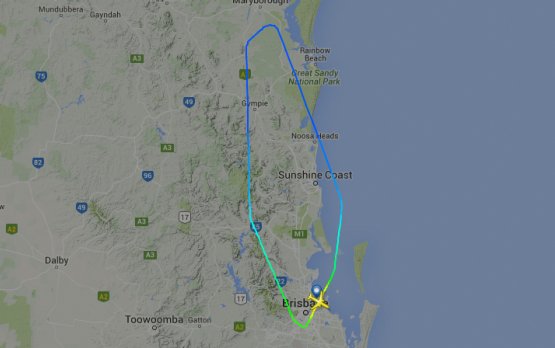 An international Qantas flight has been forced to turn back after reports of a "vibrating" engine, the second incident of its kind in five days.

QF61, flying from Brisbane to Tokyo Narita, scheduled to take off at 10.45 on Saturday morning, backtracked to Brisbane about half an hour into the nine-and-a-quarter hour journey to the Japanese capital.

A Qantas spokesperson said that a technical problem was to blame for the Airbus A330's return to Brisbane Airport. "About half an hour into the flight, one of the engines experienced a vibration issue so the captain decided to turn back to Brisbane to have it checked by engineers," they said via email.

"The aircraft landed safely and engineers are now inspecting."

Passengers have been provided with overnight accommodation and moved to a new flight that will depart on Sunday at 9am, the spokesperson confirmed.

On Tuesday, QF9 turned back to the east coast because of a "slight vibration issue" in one of the engines.

The Dubai-bound Airbus A380 landed at Sydney Airport about 6.50am on Tuesday, more than eight hours after taking off from Melbourne.

Airbus Helicopters and HTM-Helicopters have signed a contract for the purchase of two additional H145 helicopters. HTM will be the first operator to use the new five-bladed H145 in the Offshore Wind s...