Summer by Volotea - the launch of 40 new domestic routes

Volotea is launching 40 new routes in all the countries where it is based. In Italy, France, Spain and Greece, Volotea is now offering new domestic flights with 15 exclusive connections. The aim is to provide more domestic possibilities for this summer, and to facilitate journeys between mainland and the islands. The airline has also advertised the resumption of flights for June 16th, with the operation of the Airbus shuttle between Toulouse and Hamburg.

Volotea unveiled an extended network for 2020 with a total of 40 new routes across its markets. In Italy, France, Spain and Greece, the airline is launching a new offer to boost domestic flights, strengthening connections between the continent and islands and increasing travelers’ choices for local summer holidays. 15 new routes will be launched in France, another 15 in Spain, 8 in Italy and 2 in Greece. From the 40 new routes offered, a total of 15 are exclusive. The airline will also fly to 4 new airports previously unserved by the airline: Beauvais in France, Santiago de Compostela and Granada in Spain and Bologna in Italy.

All the detailed information and booking options are available today at Volotea’s website.

Carlos Muñoz, Founder and CEO of Volotea commented: “We are very excited to share the good news of many additional domestic routes launched today. Now that flying protocols are becoming clearer, and that clients will regain the confidence in safe and healthy travel for this summer, we know most of our clients will want to travel more, especially in domestic markets. Therefore, we’ve adapted our network by strongly strengthening all of our domestic connections in Spain, France, Italy and Greece.”

France: In France, Volotea offers a total of 15 new routes, among which 5 are exclusive. All the new routes are connecting to holiday destinations in France. Volotea now links almost all of its cities in the Hexagon with Corsica. The airline will also include Beauvais among its new airports for 2020.

Italy: In Italy, Volotea launches 8 new routes, among which 5 are exclusive, allowing the airline to multiply connections between Sicily, Sardinia and mainland Italy. The airline will also count Bologna among its new airports for 2020.

Spain: In Spain, Volotea reinforces its presence by offering 15 new routes, among which 5 are exclusive. The airline is boosting connections with the Balearic and Canary Islands. With these new routes, Volotea doubles its routes offer in Spain and will fly to two new airports: Santiago de Compostela and Granada. Volotea will double its presence with a second aircraft at its Asturias and Bilbao bases.

Greece: In Greece, Volotea launches two new routes, connecting Athens to Corfu, and Santorini to Thessaloniki. At the same time, the airline will densify the frequency of its flights between mainland and islands. 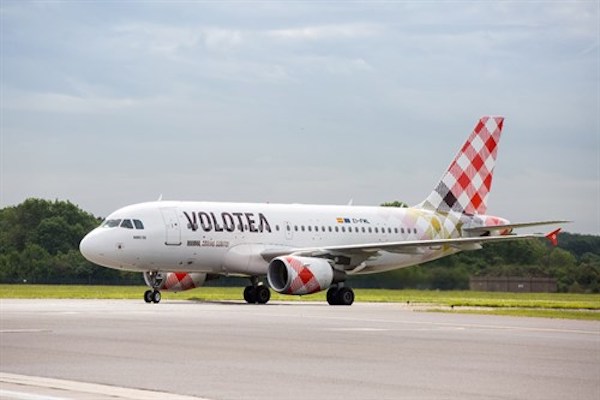 Loading comments for Summer by Volotea - the launch of 40 new domestic routes ...