One of the main trademarks of the human condition is the incessant need for stimulation. We are incapable of being at rest. If not consumed by work, we seek stimuli from entertainment.

With the advances in mobile connectivity, even the tedium of air travel has abated. Passengers on modern airlines can send and receive an email, stream media, and play games. Our insatiable urge to do, to act continues to expand in flight.

The evolution of in-flight entertainment is ever-changing. Say you fancy a chance at slots while en route from London to Dubai. With the advent of WiFi aboard, you can select an online casino and try your luck at any number of games.

The Evolution of In-Flight Entertainment

The development of IFE, or in-flight entertainment, started in 1921. A short film played aboard an amphibious airplane as it flew around Chicago. In 1925, Imperial Airways showed the first feature film on its London to Paris flight.

During the ensuing years, airlines attempted varying forms of IFE. The Hindenburg offered a piano, a cocktail bar, and a dining room. Other airlines offered films during flights, bars, and dinner services, such as the British Airways in-flight entertainment service. The resplendent grandeur of air travel was to be short-lived.

The Great Depression and the World War that followed placed a hiatus on air travel. It was not until the 1950s and 60s that airlines returned to their heyday. The first tentative steps for IFE were food and beverage service offered in-flight. Then, the advancement of the 16mm film system brought in-flight movies back to the air. Inflight Motion Pictures had set the stage for in-flight entertainment companies.

In the competitive airline industry, flight entertainment is a priority. Airlines face an ongoing struggle between increasing passengers and decreasing weight. Providing forms of entertainment to draw passengers must not add mass to the plane.

Enter in-flight entertainment companies. These businesses strive to provide services that add value for the passenger. The use of seatback video screens has eliminated the large movie screens of yore. These allow the passenger to watch a movie or television show from their seat without eye strain. This amenity serves a two-fold purpose. It gives the passenger a feeling of freedom and the airline to market toward the consumer.

Soon, airlines will advertise to a specific passenger based on past IFE usage. The more frequent a flyer, the more detailed the marketing. With in-flight entertainment products such as WiFi, passengers are home in the clouds.

British Airways' in-flight entertainment is on the cutting edge of these trends. Services available include video games, shopping, and television. Soon online casinos will be accessible for flyers all over the world.

Many sites give insight into the trends in the airline industry. These sites offer the realistic potential for changes in technology and aviation.

How high can the aviation industry aim? It seems as if the sky's the limit. As the technology for IFE advances, the corporations who service the airlines are too. Who can know what the future may hold for future flyers?

The wide variety of airlines offers a plethora of different options. Are you more concerned with legroom, beverage service, or internet options? Being able to custom tailor your travel options now includes entertainment.

In-flight entertainment is evolving at a record pace. Each new step forward in technology leads to IFE company innovations. Passengers are reaping the benefits of the competitive market for their spending dollars. As airlines develop new ways to draw the consumer in, technology finds new ways to entertain them. 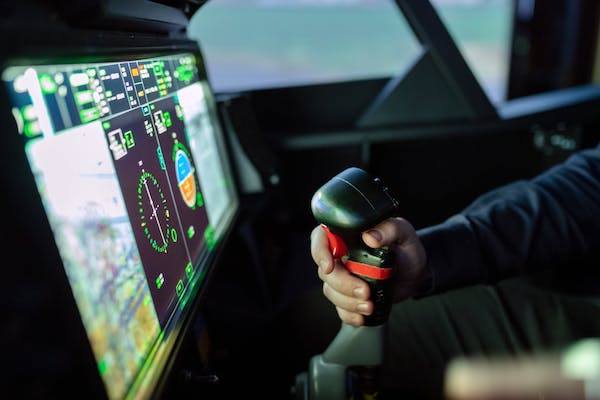