easyJet officially opened its seasonal base at Faro International Airport. Operating since 1 June, this is the airline’s third operating base in Portugal, added to those in Lisbon, operating since 2012, and Porto, since 2015.

The launch event was attended by Johan Lundgren, CEO of easyJet, Pedro Siza Vieira, Minister of State for Economy and Digital Transition, Pedro Nuno Santos, Minister of Infrastructure and Housing, Nicolas Notebaert, the CEO of VINCI Airports, Rita Marques, the State Secretary for Tourism and Hugo Santos Mendes, the Assistant Secretary of State and Communications.

This seasonal base will operate between March and October, with three aircraft allocated, operating on 21 routes to and from Faro. The routes connect Faro with various European cities such as Amsterdam, Basel, Belfast, Berlin Brandenburg, Bordeaux, Bristol, Geneva, Glasgow, Liverpool, London Gatwick, London Luton, Lyon, Manchester, Milan MXP, Paris CDG, and Paris Orly. Alongside the existing routes five new routes to Luxembourg, Munich, Lille, Toulouse, and Zurich are being launched. 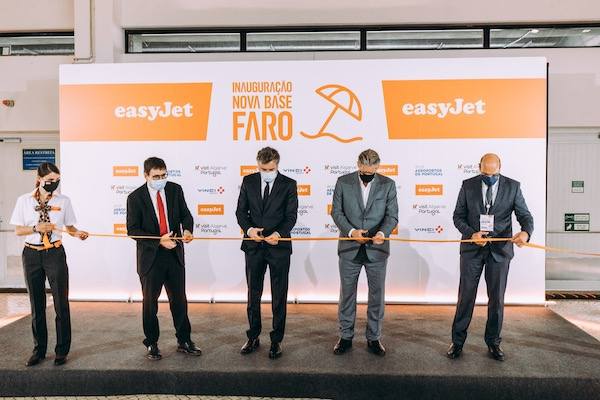 Over the past 22 years, easyJet has carried more than 20 million passengers to and from the Algarve, making a significant contribution to the region's economy and its promotion as an international tourist destination. By opening the new base, the airline has also contributed to the region's employment levels, creating over 100 new direct jobs under Portuguese contracts.

From the base opening in Faro, Johan Lundgren, CEO of easyJet, commented: "We are really pleased to be officially opening our base at Faro airport today. Despite the challenges that the aviation and tourism sectors are experiencing as a result of the pandemic, this new opening demonstrates easyJet's commitment to Portugal as an airline that contributes to the sustainable growth of the country and the rest of the European network.

"We are in the process of recovery, and opening this seasonal base allows us to respond positively to the resilient and growing demand that is expected across Europe over the summer months. We want to continue to contribute to the local economy and are pleased to have been able to create more than 100 jobs at this new base and look forward to welcoming more customers to the Algarve this summer and beyond.

In addition to the opening of the new base in Faro, easyJet has also inaugurated a new seasonal base in Málaga, Spain recently. These openings contribute to easyJet's positioning as preferred European option to travel to these sought-after destinations, while also allowing it to meet peak demand with seasonal capacity. The new aircraft will enable easyJet to strengthen existing markets, as well as explore new flows in the future, which were not previously accessible. Additionally, the company is increasing its commitment to leisure and through easyJet Holidays, unlocking new markets that can be served from Faro and Málaga. 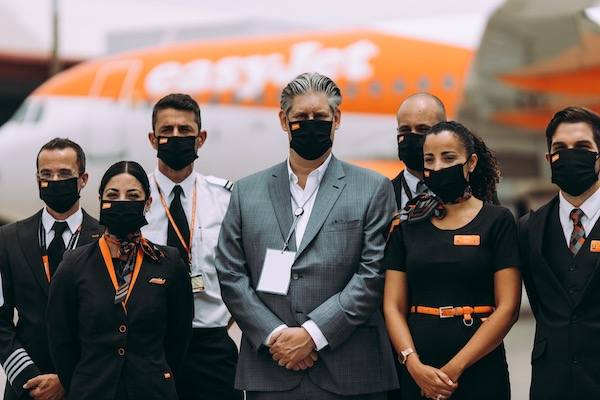