Trans States Airlines now offers the highest new hire bonus package of any regional airline, with up to $60,000 in signing bonuses available to new First Officers.   The new bonus, which includes an additional $10,000 bonus for pilots with a type rating, gives Trans States pilots the highest first-year earning potential in the regional airline industry.  Trans States pilots can also earn $10,000 for each successful pilot they refer to the company, on top of all other pay and bonuses.

"Becoming a pilot is more expensive than ever, and pilots need to know that they can count on a robust compensation package to offset their training expenses," said Brian Randow, Chief Operating Officer at Trans States Airlines.  "Additionally, this new bonus package includes an increased type-rating bonus, incentivizing the most experienced pilots to join our team."

In addition to offering Captain upgrades in as fast as 8 months, Trans States offers pilots a number of unique programs, including a Seniority Reservation Program that greatly reduces the likelihood of sitting on reserve as a First Officer, and an Express Hire Program that allows current and qualified 121 pilots to forego the interview process.  Trans States was one of the first airlines to provide helicopter pilots with funding for fixed-wing training, and now boasts one of the most successful rotor transition programs in the industry.  Additionally, Trans States is the only regional airline providing funding to fixed-wing pilots short ATP minimums.

The aforementioned programs are effective immediately. 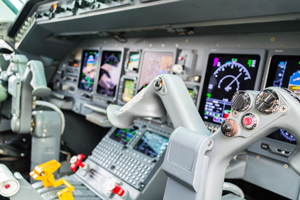