With the introduction of the all new business class in their Boeing 787-9 Dreamliner, Turkish Airlines has not only increased its already high comfort and service standards in their business class, but also earns the distinction as a 5 star airline in an honest way. The new business class features from make-up mirror to lie flat seats all the amenities one would expect in this class. The seats are comfortable, privacy is more than adequate, cabin service is top notch and everything else is technically up to date. In addition to the renewed business class, other factors such as punctuality, safety, ground service, cabin service, quality of service and value for money also play an important role in the overall rating of Turkish Airlines.

AviRate CEO Umut Celik, who personally conducted the evaluation flights in the new Business class, said: "I know both the old business class, which will now being phased out step by step, and the new one with which Turkish Airlines has further expanded its high standards. With the new Business Class and its consistent upper-class service, Turkish Airlines has earned its fifth star in an honest manner. Unlike others, AviRate awards airlines exclusively for consistency in products and services that currently exist.” AviRate uses extensive checklists for its ratings, which contain over 1000 points. 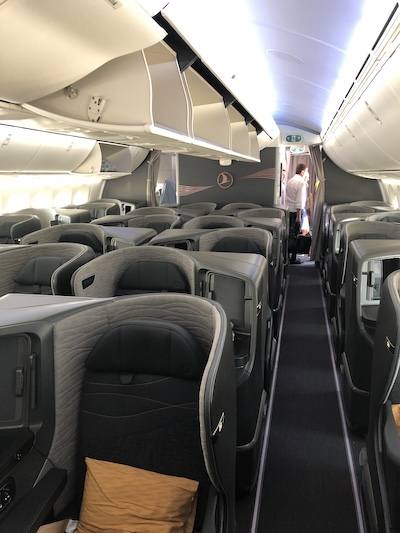