Is it possible, a Zero-emissions aviation? A joint research programm was launched by Rolls-Royce and Widerøe, the largest regional airline in Scandinavia. The programme is part of the airline´s ambition to replace and electrify its regional fleet of 30+ planes by 2030. The news was announced at a Clean Aerospace event at the British Embassy in Oslo Norway.  The aim of the programme is to develop an electrical aircraft concept, not only to fulfil the Norwegian ambition of zero-emissions by 2030, but also to replace Widerøe’s legacy fleet of regional aircraft world-wide. Rolls-Royce will use its in-depth electrical and systems design expertise to help advise on all elements of the project. The initial phase, which involves operational studies and concept proofing, is already underway, with expert teams in Norway and the UK working closely together on a daily basis.

The Norwegian Government has announced ambitious goals for the aviation industry, aiming for emission-free domestic aviation by 2040. Widerøe’s research is being supported both by the Norwegian Government and Innovation Norway, and the Minister of Climate and Environment, Ola Elvestuen, who has on several occasions put forward the suitability of the Norwegian STOL network as a test bench for the development of zero-emissions aircrafts. One of his public statements says, “Our major short runway network of local flights in the coastal and northern parts of the country is ideal for electrification, and our abundant access to clean electricity means this is an opportunity we cannot miss. We are determined to show the world that this is possible, and many will be surprised at how fast it will happen.”

Widerøe management have been travelling the world to partner with suppliers that can build the zero-emission aircraft they need to replace their Dash8 fleet.

“We are aiming to have emission-free commercial flights in the air by 2030. Partnering with Rolls-Royce for this research programme puts us one step closer to reaching that goal,” said Andreas Aks, Chief Strategy Officer, Widerøe.

Alan Newby, Director, Aerospace Technology & Future Programmes at Rolls-Royce added, “We’re delighted to be part of this electrical aircraft research programme and applaud the high level of ambition that Norway is adopting toward zero-emissions aviation.  Rolls-Royce has a long-standing history of pioneering innovation, from powering early flight to building the world’s most efficient aero engine flying today, the Trent XWB; we relish the opportunity to solve complex problems that matter.

“Now more than ever, we acknowledge that society’s greatest technological challenge is the need for lower carbon power and we have a crucial role to play in creating cleaner, more sustainable and scalable power for the future. This includes the electrification of flight, in addition to increasing the fuel efficiency of our gas turbines and encouraging the development of sustainable aviation fuels.

“This project will further build on our global electrical capability, which was recently boosted by the acquisition of Siemens eAircraft business and complements the electrical work we are principally doing in the UK and Germany, whilst building on the knowledge gained through the ATI supported E-Fan X programme. We’re excited by the depth of skills and expertise that we are bringing together with Widerøe and Innovation Norway on this journey towards the third era of aviation, bringing cleaner and quieter air transport to the skies.”

Rolls-Royce already has a high-tech electrical research facility based in the Norwegian city of Trondheim, employing a group of people dedicated to finding solutions for emission-free aviation, who are taking part in this initiative.

“Britain and Norway share a long history of successful partnerships. Our facility in Norway enables us not only to be present in Scandinavia, a region known for being early adopters of low-emission technology, but also to leverage Norwegian competence in high power electrification from the Marine sector, which will undoubtedly be a critical component in helping us to achieve our goals,” said Sigurd Øvrebø, Managing Director at Rolls-Royce Electrical Norway.

The joint programme has received support from Innovation Norway, the governmental innovation support fund and is expected to last for 2 years.
“The development of electric aviation looks promising, but we need to progress faster. We are therefore pleased to have the world’s most renowned engine manufacturer onboard with us on this pioneering green journey” said Andreas Aks, Chief Strategy Officer at Widerøe. 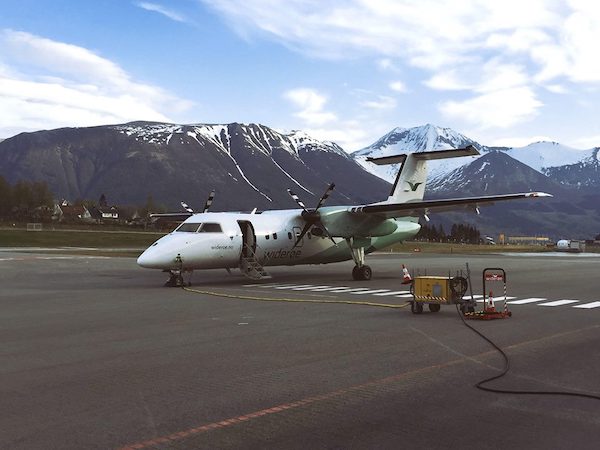