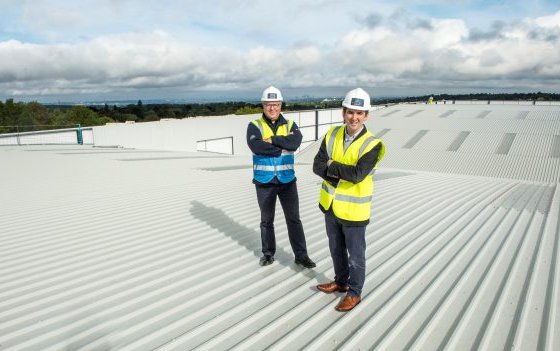 London Biggin Hill Airport is announcing that work on its 60,000 sq. ft hangar, 10,000 sq. ft office block and 70,000 sq. ft additional ramp space is on track for completion in time for Christmas,with spaces in the development now available to rent ahead of the December opening.

At a combined area of 140,000 sq. ft, the major build at London Biggin Hill Airport includes a new hangar, business aircraft parking and high-end offices. The hangar will be able to accommodate six Gulfstream 650 or six Bombardier Global 7000 aircraft. This significant expansion will provide the infrastructure needed to support an increasing demand for business aviation in Europe.

Robert Walters, business development director at London Biggin Hill Airport, says: “We are excited to see the build progressing so quickly. With the exterior now complete, outfitting of the interior is really starting to take shape.”

According to the latest ‘Business Aviation INSIGHT’ report from WingX Advance, this August was the busiest for business aviation in Europe since the 2008 financial crash, with movements up 5.5% year-on-year. Following the introduction of extended hours at London Biggin Hill in May this year, movements at the airport are up by 24% year-on-year.

Walters continues: “There is no better time for us to be investing in London Biggin Hill Airport’s infrastructure, and we look forward to welcoming new customers as early as Christmas.”

As the only dedicated business aviation airport within the capital, London Biggin Hill Airport is established as a major centre for engineering and aerospace innovation. The new facilities will contribute towards the ambitious employment targets of 2,300 new jobs at the airport by 2030.