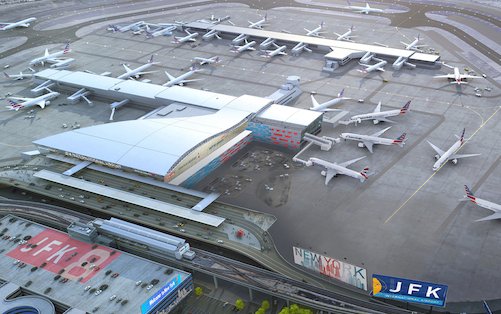 “Our investment will put the 14 daily flights from JFK to London that we offer in partnership with British Airways in the same terminal and give customers premium check-in space, new joint lounges and a larger variety of retail and dining options,” said Robert Isom, President of American. “We will be adding more than 70,000 square feet to customer and operational spaces to create a truly world-class experience at JFK.”

“As we progress with the JFK modernization project, we are giving Terminal 8 a new look and layout in line with the modern, world-class standards that will define the airport’s ultimate transformation,” Cuomo said. “When this work is completed, Terminal 8 will accommodate more passengers who will be able to enjoy a better travel experience and will make the work of airport staff more efficient and more seamless.”

American and British Airways are the first airlines to mark the start of the transformation of JFK into a state-of-the-art global hub. The upgrades and additions at Terminal 8 will bring improvements in the overall customer experience, including the addition of five widebody gates and four adjacent widebody hard stands (ramp parking where customers are transported to/from terminal via bus), enhanced baggage systems, new lounges, premium check-in space and upgraded concessions and retail options. Additionally, customers arriving in New York will enjoy the ability to more conveniently connect onto other American Airlines flights, and customers departing New York will gain the flexibility of 14 daily flights to London all departing from the same terminal. Construction is scheduled to be completed in 2022.

American and British Airways offer the most flights between JFK and London’s Heathrow Airport (LHR), a route Business Traveller calls “the most important and lucrative route for business in the world,” in addition to up to 70 flights a day to London from 26 destinations in the United States.

“This is an exciting development in our move to Terminal 8, alongside American Airlines, our Atlantic joint-business partner,” British Airways’ Chairman and CEO Alex Cruz said. “We are one step closer to offering an even better customer experience for passengers traveling to, from and through JFK. We look forward to our continued work with the Port Authority and American Airlines in order to build a world-class transatlantic travel experience.” 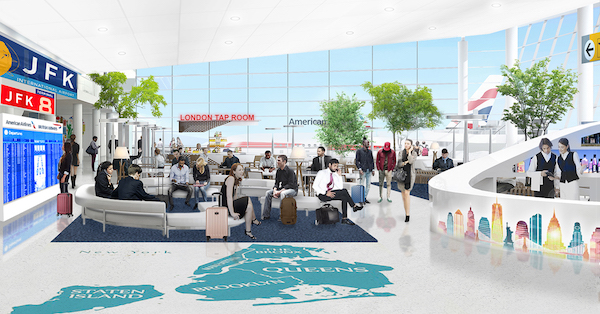 Replacement of aircraft makers will be brutal, reveals IDTechEx

The replacement of aircraft makers will be brutal - no not Airbus and Boeing, the other big names, starting with those making light aircraft, then those making regional aircraft. Stuck...