During the global pandemic and the resulting decrease in the number of passengers and flights, Riga International Airport closed the year 2020 with a loss of 15.85 million euros, according to the company's published audited annual report for 2020. Last year, the Airport handled 2.01 million passengers, which is 5.8 million or 74% less than originally planned. The number of serviced flights dropped to 35.6 thousand, which is 59% less than a year before.

At the same time, thanks to the effective cost-cutting measures, as well as the solutions reached with carriers, the company's losses are lower than expected at the beginning of the crisis last spring. Despite the high share of fixed costs, which cannot be reduced without a significant impact on operations, the Airport was able to reduce its expenses by 30% or 14.6 million euros last year.

Riga Airport started 2020 with the historically best economic performance indicators and forecasts to reach a new record for the number of passengers served. Despite the impact of the crisis, the Airport has managed to maintain its leading position among other Baltic airports, while significantly reducing the company's expenses. With the number of passengers and flights falling due to the pandemic, the company worked on the development of those activities that were less affected by the pandemic: cargo carriage, future business park development, as well as continued the most important infrastructure development projects. “According to the initial forecasts, the difficult situation in the aviation sector will continue in 2021; for that reason, the Airport has developed a crisis management plan with action models for various future scenarios, which will allow us to respond quickly to the ever-changing situation,” says Laila Odiņa, Chairperson of the Airport Board.

Looking to the future, several large-scale investment projects were implemented at Riga Airport in 2020, including the launch of a new specialized cargo apron, which is the centre around which the Airport's cargo city or RIX Cargo City is to be developed in the future. Apron 2, which is intended for servicing business aircraft, has also been expanded, a helipad has been built and the pavement on part of the runway and taxiways has been renewed. The new rapid exit taxiway and apron centreline lights will allow the Airport to become more environmentally friendly by reducing CO2 emissions. The total amount of investments last year amounted to 13.9 million euros. 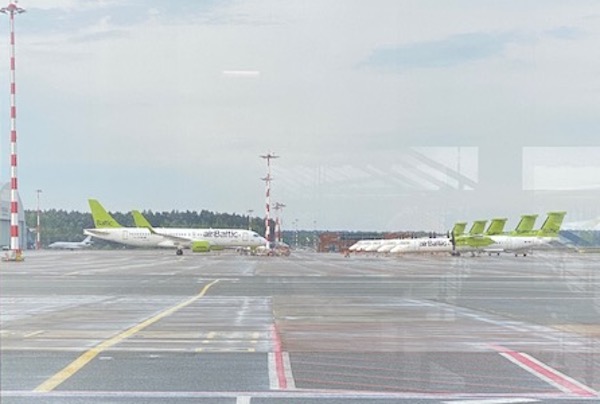