Inspired by the love of perfume, Qatar Duty Free (QDF) and Parfums Christian Dior have launched a Dior Les Parfums Podium at Hamad International Airport (HIA), designed as a tribute to fragrance creation. The podium invites customers to enjoy an immersive and multisensorial experience, introducing them to Dior places of inspiration, creation & expertise.

Dior Les Parfums takes passengers on a journey of discovery to experience the virtual Grasse gardens, with a 360° screen, encompassing them with beautiful aromas and transporting them to the south of France. The installation features the full fragrance catalogue from Dior including Sauvage, Miss Dior, J’adore and its latest 2018 fragrance creation, Joy by Dior. The podium is also equipped with wrapping stations, and consultation opportunities with beauty advisors. Passengers are also able to discover other fragrances from the Maison Christian Dior Collection, with the launch of the new Rose Kabuki fragrance.

Qatar Airways Group Chief Executive, His Excellency Mr. Akbar Al Baker said: “Today marks an important milestone as we come together to celebrate a world exclusive partnership with Dior Parfums. At Qatar Airways Group, we take our role in ensuring that the journey is the best part of our passengers’ travel experience very seriously, delivering excellence both on the ground and in the skies. With new, innovative and immersive experiences like the one we see here today, it is clear that both Dior Parfums and Qatar Airways Group are organisations whose identities are synonymous with innovation, elegance and firsts.” Speaking at the ceremony, Parfums Christian Dior Senior Vice President of Travel Retail Worldwide, Olivier Dubos, noted: “At Christian Dior, we have always loved perfume, and it is part of our history. This is the fourth edition of Dior Les Parfums in partnership with Qatar Airways Group,” he said.

“Dior Les Parfums conveys our love for perfume, deeply rooted in the south of France. We have the honor today to have with us François Demachy, who imagines all our perfumes, being based in the magical region of Grasse, the world capital of Perfumery. This pop-up is our way of bringing Grasse to people from all over the world travelling through this prestigious airport. We will take them on a sensorial journey of discovery to experience the virtual Grasse gardens, with a 360° screen encompassing them with beautiful flowers, and living the Dior fragrance experience like nowhere else."

Qatar Duty Free Vice President Operations, Mr. Thabet Musleh, said: “We are excited to be working alongside Dior to unveil this exclusive experience at Qatar Duty Free. Parfums Christian Dior and Qatar Duty Free have a connection unlike any other in the travel retail industry. This launch is yet another step forward in building on our longstanding relationship, with the presence of our honourable guest François Demachy. We look forward to seeing this rose inspired podium blossom at our home, Hamad International Airport.”

Hamad International Airport Chief Operations Officer, Engr. Badr Al Meer said: “With Qatar Duty Free’s extensive portfolio of leading brands, HIA offers retail choices that not only cater to each passenger and their preferences, but also lend personal and memorable experiences. QDF’s partnership with Dior Parfums will do exactly that, offering a retail experience that is exclusive and special to HIA travelers.” 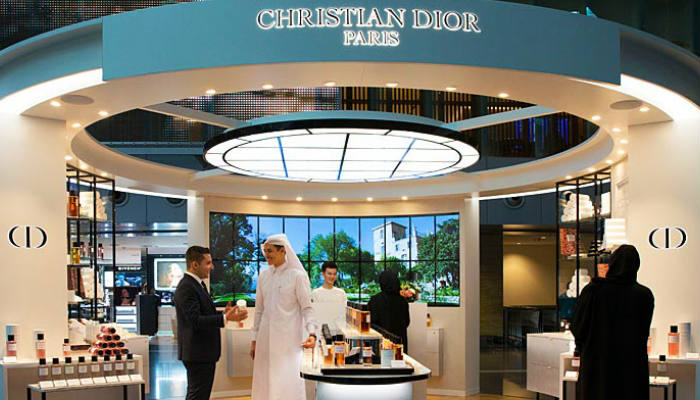 Dior’s love of perfumes is deeply rooted in the South of France. Located near Grasse, cradle of perfumery and land of flowers, Christian Dior nestled his home, La Colle Noire. Inspired by its magnificent garden of fragrance flowers, he felt as much a couturier as a perfumer.

Grasse is also at the heart of fragrance creation with Les Fontaines Parfumées, Dior laboratory. Behind the closed doors of its creation studio, François Demachy imagines perfumes that cross time and ignite the senses.

Close by, in Dior exclusive domains, acres of May Rose and Jasmine Grandiflorum are harvested every morning when the sun rises, and the flowers start to blossom. These flowers, so dear to Christian Dior, then release their magic and turn into captivating perfumes.

Qatar Duty Free and Dior have successfully launched a number of podiums at HIA, which have included the Dior Les Parfums podium in 2015 which featured 6,000 roses, and a 180 square metre wall of flowers in 2016. Earlier this year, Qatar Duty Free launched the Maison Christian Dior boutique located in the main retail atrium of HIA. The boutique showcases the creations of François Demachy, inspired by the idea of embellishing places and moments in life, giving them an identity by dressing them in Dior.

Qatar Duty Free was awarded 'Airport Retailer of the Year' at the 2018 DFNI Global Awards. In April, the leading airport retailer was recognised at the PAX International Readership Awards, when Qatar Airways won ‘Best In-Flight Duty Free Program’ for the Middle East and Africa and was acknowledged as an industry leader for its outstanding in-flight duty free service, which is operated by Qatar Duty Free. 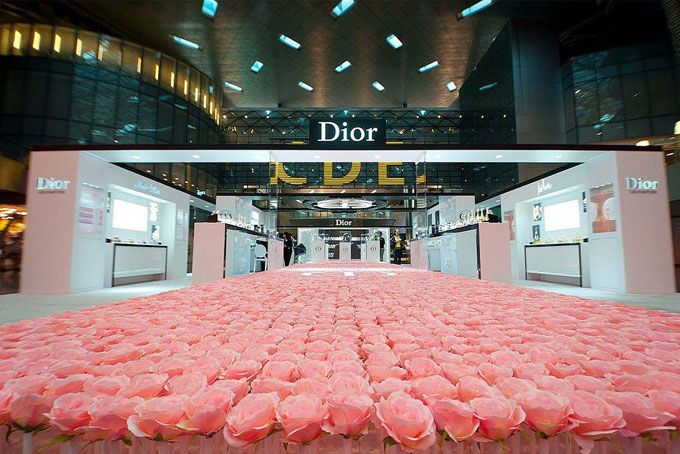