The solemn awarding ceremony was held in Baku on May 7. Within the ceremony, a stele located at the entrance of Baku airport and symbolizing its 5-star status was also opened. The event participants also got acquainted with the conditions created at the new airport complex Terminal 1.

It should be noted that in addition to Heydar Aliyev International Airport only 8 airports around the world received this highest rating.

"Our every victory is, first of all, an indicator of Azerbaijani President Ilham Aliyev’s great attention and care to the civil aviation and to the hard work of the whole team. Receiving the highest rating from such prestigious audit company as Skytrax is a huge achievement for Azerbaijani civil aviation and for the country as a whole. 5-star rating is a clear example of the great work done in recent years to develop this sphere in our country," President of Azerbaijan Airlines Jahangir Askerov said. 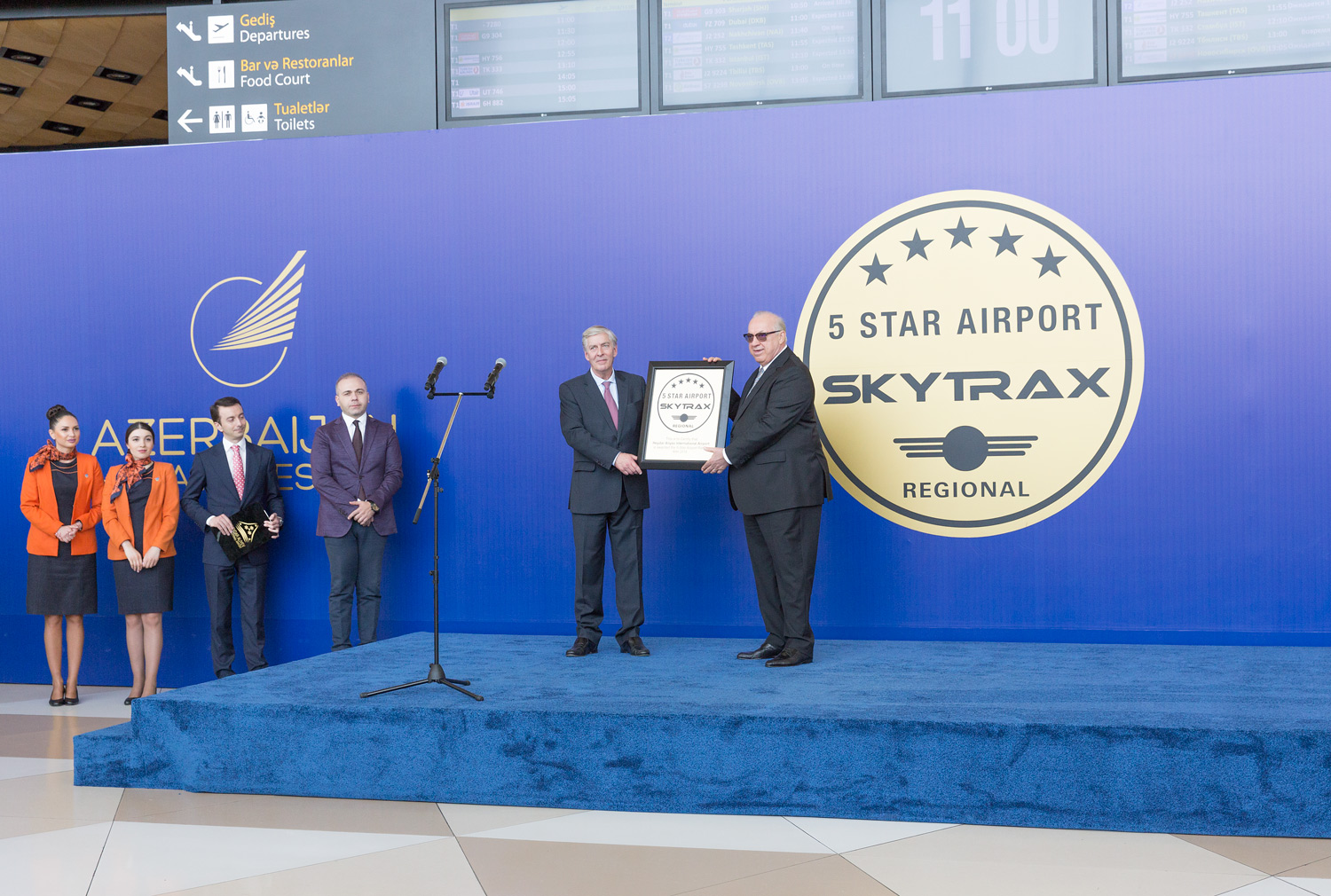 “We congratulate Heydar Aliyev International Airport for this great achievement, with this 5-Star Regional Airport rating being a mark of quality distinction that recognises very high standards of front line product and service across the customer service categories. Heydar Aliyev International Airport management have worked hard over the last 3 years to deliver a customer experience that is now at the forefront of quality and consistency for a regional airport,” Edward Plaisted, CEO of Skytrax commented.

Theopening of a new terminal (Terminal 1) of the Heydar Aliyev International Airport was held on 23 April 2014. Its total area is 65,000 square meters.

During his speech at the opening ceremony of the new terminal, President of Azerbaijan Ilham Aliyev noted that thedevelopment of air transport is one of the priority issues in Azerbaijan and the government provides its support.

“There are favourable conditions for passengers here. Very comfortable lounges, public places and large halls have been built. And if you look at the building from above, the building resembles a large bird with spread out wings. Similarly, Azerbaijan is developing with its wings spread out wide and moving forward. Azerbaijan is ranked first in the world in terms of the pace of economic development.” 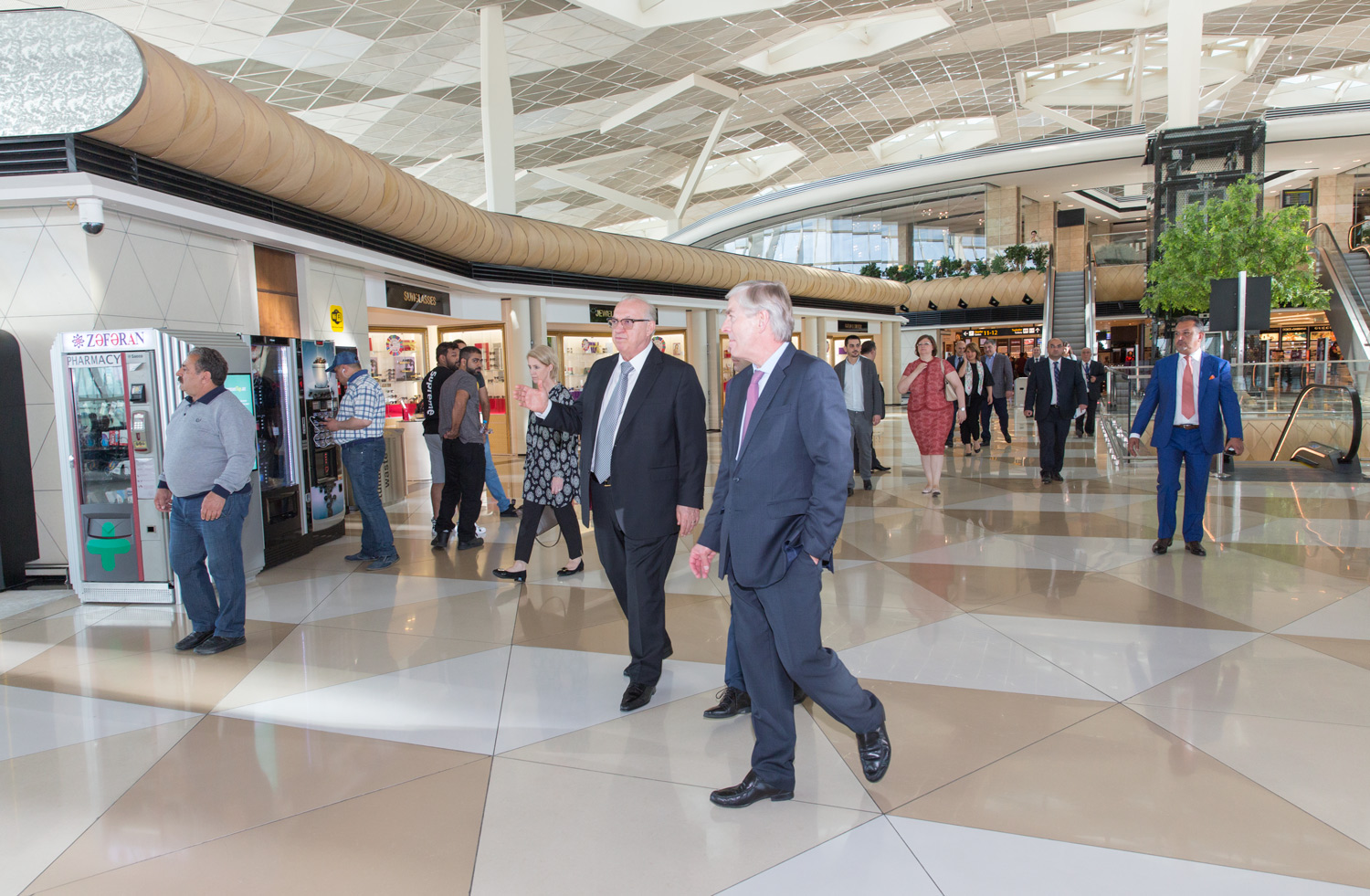 Over the past few years, airport in Azerbaijani capital has demonstrated a steady growth in passenger traffic. In 2017 the passenger traffic exceeded 4 million people. Over 30 airlines operate regular and charter flights from Heydar Aliyev International Airport on over 40 different destinations.

The Skytrax World Airport Survey is widely regarded as the quality benchmark for the world airport industry, assessing customer service and facilities across 550 airports. The survey and awards are independent of any airport control or input and are therefore an impartial benchmark of airport excellence and quality. During the inspection Skytrax held a survey among 13.73 million passengers from 100 countries. 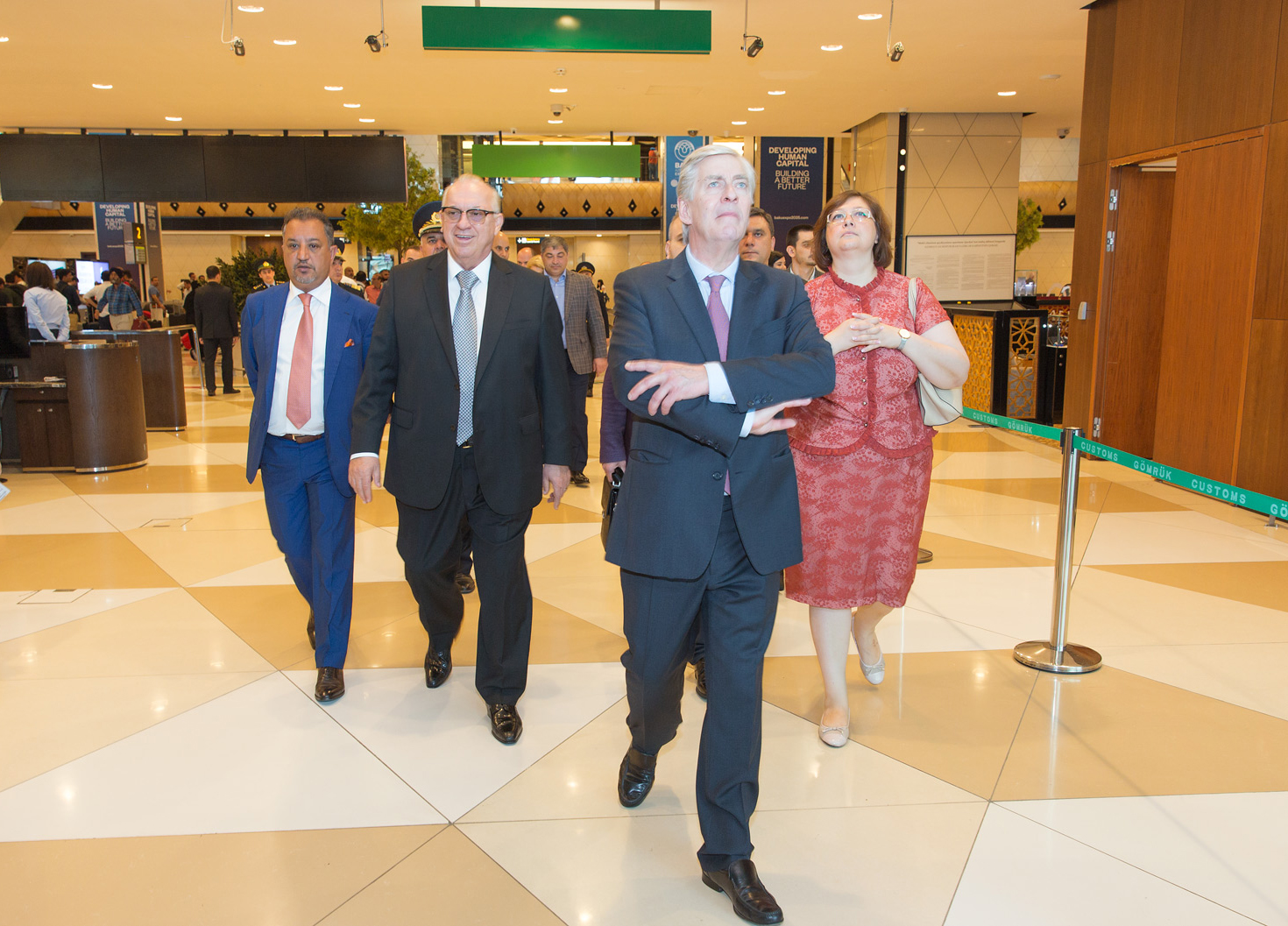