London City Airport has announced British Airways subsidiary BA CityFlyer will resume some routes from London City Airport to Ibiza, Florence, Málaga and Palma this summer. The airline will also be recommencing domestic flights to Edinburgh, Glasgow and Dublin restoring important Anglo-Irish connections with the capital.
The first flight at the airport since operations were suspended at the end of March, in direct response to the Covid-19 public health crisis, was BA3287 on Sunday 21 June. BA CityFlyer will reconnect the Isle of Man and London with daily flights between London City Airport and Douglas.

Commenting, London City Airport CEO Robert Sinclair, said: “The restart of some services at London City Airport by our home-based carrier, British Airways, is good news for business and leisure passengers and we hope signals the start of the road towards a recovery. We believe there is demand from passengers to get back to flying and we have worked hard to make that possible – putting in place appropriate measures to make the airport safe and working closely with British Airways to restore some popular routes and important connections. We are looking forward to flights beginning to re-start and working with British Airways to grow passenger volumes and build on their route network in time as confidence returns.”

During the period that commercial operations were suspended, the airport has been busy working behind the scenes to create a safe environment for passengers and staff. Designed following expert advice to meet official guidance and best practice standards, measures put in place include rapid contact-free temperature checking technology, crowd monitoring technology, an enhanced cleaning regime using an anti-microbial surface treatment, and social distancing procedures such as one-way systems and Perspex screens. Passengers will also be asked to wear face coverings in the airport.

Despite the changes, the airport has been careful not to sacrifice its speed and convenience, valued highly by City Airport flyers and which is now more important than ever. 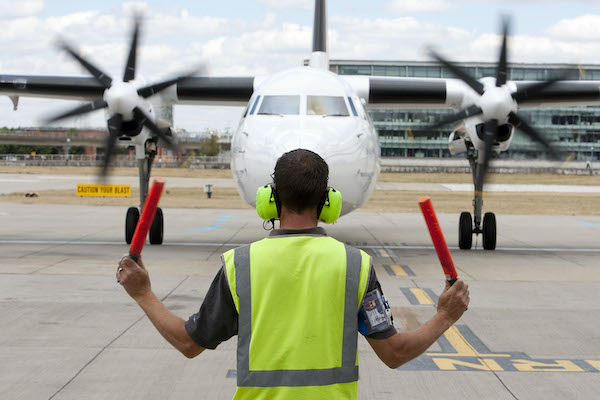