London City Airport, offered for sale by its U.S. owner, has seen its growth plans fall victim to a political spat over the expansion of the U.K. capital’s Heathrow hub, Chief Executive Officer Declan Collier said.

Mayor Boris Johnson’s decision to veto a 250 million-pound ($380 million) proposal for aircraft stands, a taxiway and arrivals terminal, seven years after approving extra flights that the infrastructure would serve, stems from deep splits among policymakers over aviation strategy, Collier said in an interview. 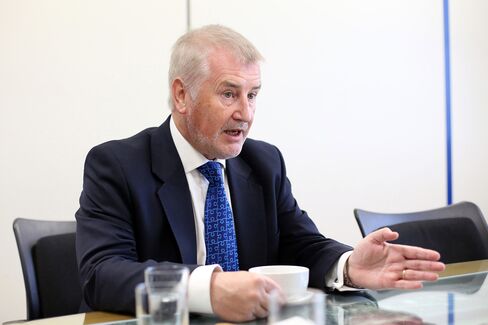 While the CEO says he’s confident planning permission will be granted on appeal, the case won’t be heard before March. That means bidders being solicited by Global Infrastructure Partners must make an assessment without being sure City can reach a target of 6.5 million passengers a year by 2023.

“Boris is the man who gave us permission to increase annual flights to 120,000, and now he’s the man who is stopping us putting concrete on the ground,” Collier said. “All I can surmise is that he feels that if he’s opposing the development of an airport in west London, how can he support the development of an airport in east London. I don’t think they’re comparable.” 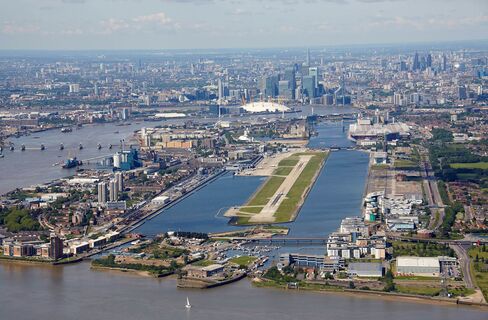 Johnson’s office said in a statement that the mayor had withheld planning permission because developing City would increase disruption from aircraft without being of “greater benefit” to the U.K. capital, while confirming that the Heathrow case had colored his thinking.

“‎He has long argued that Heathrow airport cannot be expanded due to the increased noise it would lead to in west London, and he is not willing to expose east London to additional noise either,” it said.

Collier declined to give a valuation for London City or comment on possible buyers, while reporting “significant” bid interest. Owner Global Infrastructure Partners, which also runs London Gatwick, bought the terminal from Irish businessman Dermot Desmond for 750 million pounds in 2006.

“Of course a bidder is going to come in and look at all the commentary that is in the air around planning,” he said. “But I don’t think it’s an issue for most. We’re in an appeal process and we’re confident we’ll get the right result.”

Johnson’s own plans for a completely new airport in the Thames estuary were undermined when a state-appointed commission recommended Heathrow as the best site for a new runway in July. David Cameron’s Conservative government has said a final decision will be reached by the end of the year.

While the mayor is also a Tory, he and the prime minister are not close allies, with Cameron said to prefer other potential successors as premier, a factor that loads the already sensitive airports debate with added significance.

“I think we’re unfortunate victims of a broader political discussion happening at Boris’s level and perhaps above the London level,” Collier said. City’s appeal is on hold after an edict from Johnson compelling Newham council to block the expansion plans triggered a round of public consultation.

Infrastructure enhancements would help meet travel demand as London’s population grows by a forecast 2.1 million from 2013 through 2036, Collier said, while opening City to Bombardier Inc.’s new CSeries plane and the Embraer SA E2 regional jet, due to enter service from 2018. The models have the scope to connect the airport with locations such as Mumbai, Delhi and Istanbul, the Persian Gulf and the U.S. east coast, he said.

City’s 1,200-meter (3,940-foot) runway, combined with noise limits, rule out
almost all current Boeing Co. and Airbus Group NV models, though the latter’s A318 jet operates for British Airways with a low-density passenger layout and a light fuel load that means it must top up in Ireland to reach the U.S.

Regional links will remain the core business, Collier said, with the upgrade allowing the airport to become a “short-haul mini hub” with airside-only transfers that aren’t currently possible, and luring more leisure traffic.