Using the state aid, which enables Riga Airport to implement the most important infrastructure development projects, large-scale construction works were started at the Airport in June - reconstruction of the runway surface and construction of  a second rapid exit taxiway. The change of the asphalt pavement of the aerodrome infrastructure will be performed in a total length of 5.7 kilometres: 5 kilometres of runway shoulders in a width of 7 metres and a separate section of 660 metres throughout the entire width of the runway. The construction works also include the construction of a drainage system and rainwater sewerage, as well as the renovation of the runway light system, the application of horizontal markings and the landscaping of the territory. The total cost of the project is EUR 4.5 million.

A second rapid exit taxiway will be built within the framework of the Cohesion Fund-funded project “Development of Safe and Environmentally Friendly Infrastructure at Riga International Airport”. Thus, the movement of aircraft to and from the runway and taxiing area will be shortened, significantly reducing the amount of fuel and time consumed in land manoeuvres, which in turn will reduce CO2 emissions at Riga Airport. The total cost of the construction works is EUR 2.5 million.

"Safe and developed infrastructure is among the most important competitive advantages of airports. Therefore, we are pleased that the government has supported the Airport's intention to use the state aid for the continuation of the most important investment projects - reconstruction of the runway, construction of a second rapid exit taxiway, as well as for the completion of the new cargo platform and Cohesion Fund funded projects. This is a far-sighted investment in the future, which will allow Riga Airport to strengthen its position in both passenger and cargo carriage, facilitating the company's successful return to the market after the end of the crisis,” says Laila Odiņa, Chairperson of the Board of Riga Airport.

The works will be performed by road construction company SIA “Binders”, which was selected in a tender, and the construction works provided in the project are to be completed within three months.

The tasks will be performed in a specific work organization regime, since the main condition of the large-scale construction works is not to cause any interruptions or other obstacles to the operation of the aerodrome. Therefore, all technological processes of the construction works in the territory of the aerodrome will take place only at night, between flights. During this period, the supply of materials, construction equipment and machinery logistics will also be organized.

“Unlike construction works on the road, several technological processes at the Airport will be organized in one go. Simultaneous milling of the existing asphalt pavement and laying of the new pavement will take place in succession. The new taxiway will also be constructed using this principle and a number of overnight operations will be carried out one after the other: excavation of the soil, construction of the sand drainage layer and construction of a rubble foundation layer,” says Aigars Sēja, SIA “Binders” Chairman of the Board.

It has already been reported that along with these projects, the construction of a new cargo platform and helipad will continue, while with the support of the Cohesion Fund, taxiways will be equipped with centreline lights, which is a precondition for the introduction of the “follow the greens” aircraft management system.

The construction of the shipping handling and logistics complex of the logistics company “DHL Latvija”, has been started at the aerodrome, and it will be among the most state-of-the-art complexes of this type in the Baltic region. 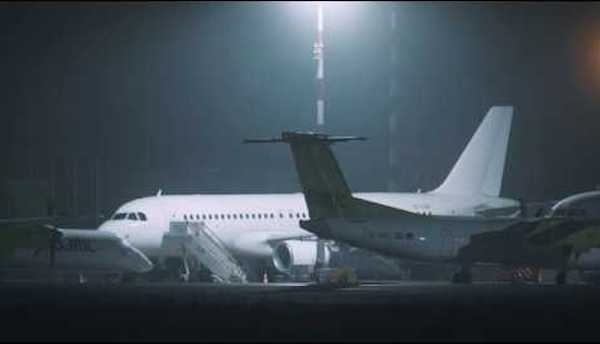