Sheremetyevo International Airport's new passenger terminal - built and equipped in compliance with the highest global standards - was opened to the public. The official opening ceremony was attended by Aleksandr Yurchik, Transport Deputy Minister of Russia; Aleksandr Neradko, Head of the Federal Air Transport Agency; Igor Bryntsalov, Head of the Moscow Region Duma; Aleksandr Ponomarenko, Chairman of the Board of Directors of JSC SIA; Mikhail Vasilenko, CEO of JSC SIA; and

Andrey Chikhanchin, Deputy CEO of Aeroflot as well as other officials, partners of the SIA Group, and Russian and global media.

Passenger Terminal C was built as part of the Long-term Airport Development Program and forms part of the Northern Terminal Complex (Terminals B, C) of Sheremetyevo Airport. The terminal, which will be home to international carriers, has the capacity to accommodate 20 million passengers per year. The terminal complex comprises the main seven-floor passenger terminal building with a total area of 127,375 square meters, a control tower to supervise aircraft ground movement, and a roofed six-level parking lot for 2,500 vehicles that is connected with the terminal via a pedestrian crossing. The major challenge in the design and construction of Terminal С was to ensure the harmonious combination of cutting-edge technology with a conceptual architectural and design plan that follows the traditions of Russian Constructivism. 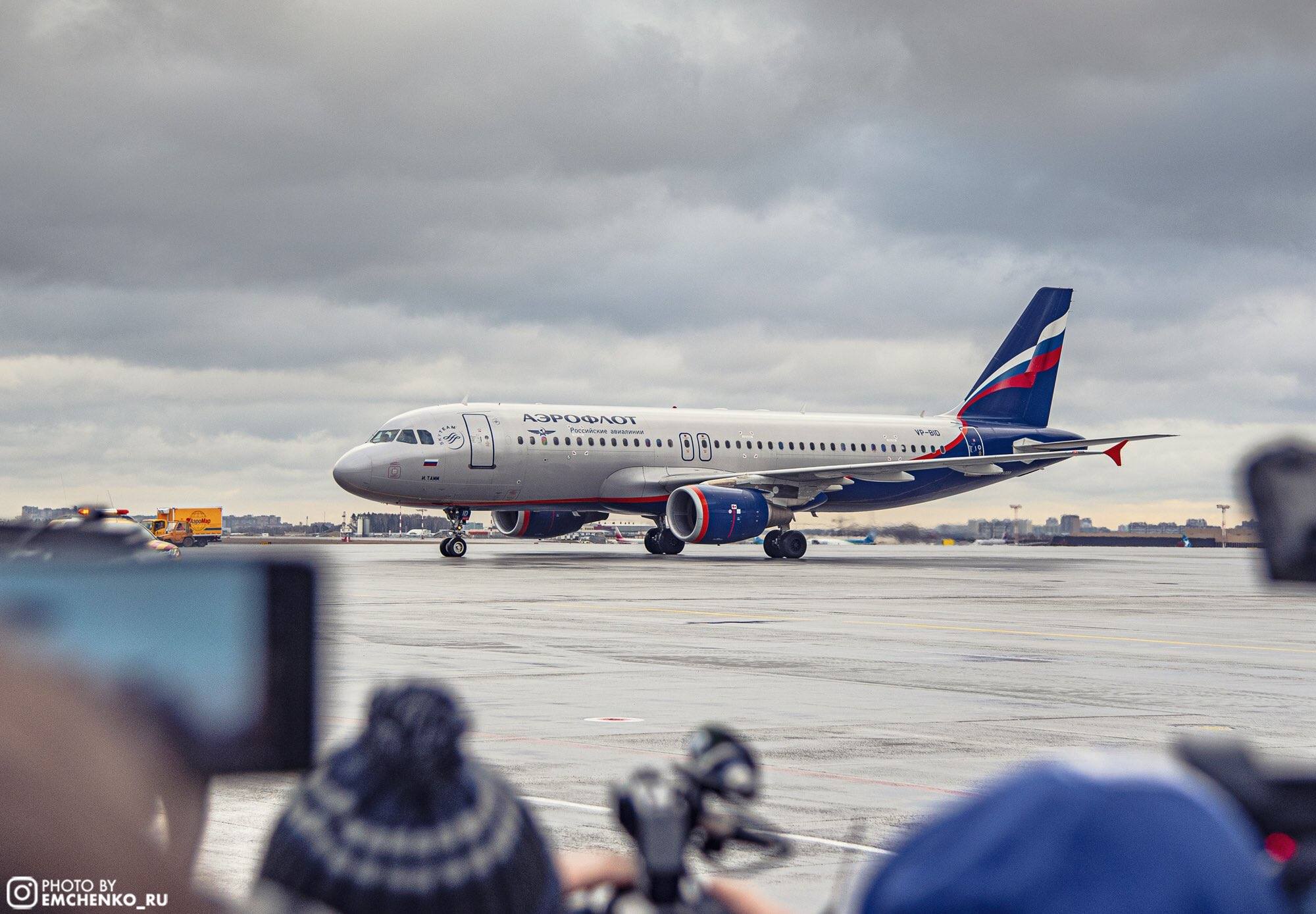 Terminal С forms a single space together with Terminal B. Uniting the buildings "under one roof" was one of the toughest challenges of the entire construction cycle. This single space enables passengers to make use of the services and technical capabilities offered by both terminals, while allowing transfer passengers to move quickly between the terminals through the transit area.

At the opening ceremony of the new terminal of Sheremetyevo Airport, Transport Deputy Minister of Russia Aleksandr Yurchik noted: «Sheremetyevo has been a leader of the airport infrastructure development in our country, Europe and all the world in recent years. The airport and it’s base air company Aeroflot are the flagships of the aviation industry. It’s very necessary and important symbiosis». According to the deputy minister, the airport development is based on PPP. It’s the unique airport has a full concession agreement.

Aleksandr Ponomarenko, Chairman of the JSC SIA Board of Directors, emphasized, "Our own investments into Terminal С amounted to RUB 32 billion. As a result, the new terminal will increase the airport's capacity to 80 million passengers per year. This is a critical step as we work toward our strategic goal of serving 100 million passengers per year by 2030. Today, Sheremetyevo Airport is the largest airport in Russia and a critical part of the global transportation system. The launch of the new terminal will strengthen our competitive positions within the local and global markets, and our leading position among Europe's major airports in terms of flight punctuality and passenger service quality proves that the business strategy we have chosen is a sound one."

The new terminal will mean that traffic is now shared between two airport terminals, ensuring greater comfort for both passengers and airlines and thereby attracting increased transfer flows.

The design and construction phase of Sheremetyevo Airport's new terminal lasted 33 months, fr om April 2017 to January 2020. The General Contractor and Developer of the project was EnergoStroy LLC.

The architectural and functional concept of the project was developed by the Serbian studio of international architecture firm RMJM. In alignment with and as a continuation of the style of Terminal B, the design concept was based on the rich tradition of Russian Constructivism.

The constructivist motifs of the interior are also reflected in the terminal's cutting-edge media installations, which present Russia as a country of rich historical and cultural heritage as well as significant scientific and technological achievements.

The following services are available to all passengers in Terminal С of Sheremetyevo Airport:

Navigation and information systems in Russian, English, and Chinese help passengers and attendants navigate all areas of the terminal with ease.

Upon the completion of the second construction phase of Terminal С and new passenger terminals, Sheremetyevo Airport will enjoy elite status among the world's major transport airports and strengthen its position as the main transit air hub connecting Europe and Asia.

Sheremetyevo International Airport is one of the TOP-10 airport hubs in Europe and the largest Russian airport in terms of passenger and freight traffic. At the end of 2019, the airport served 49.9 million passengers, 8.9% more than in 2018.

At the end of 2018, Sheremetyevo was rated best in quality of service among airports in Europe with a passenger flow of more than 40 million a year by the ASQ ACI program and was cited as one of the best airports in the world by the International Council of Airports.

The British company Stasher rated it as the best airport in the world.

It holds the highest 5-star rating by Skytrax. 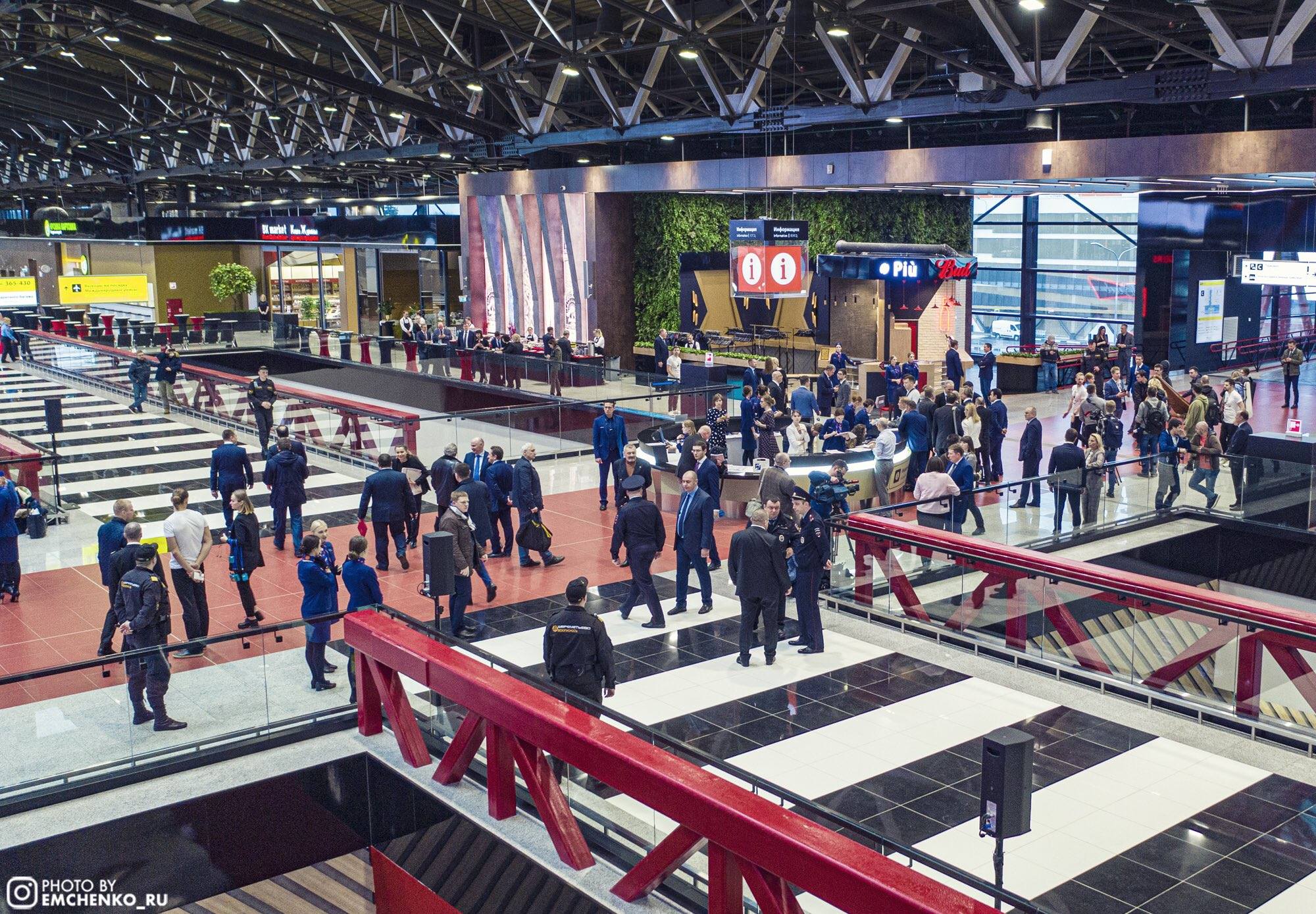