Sunday, 2nd June marked the launch of direct flights from Brussels to Moscow'sSheremetyevo Airport via Brussels Airlines. As we reported on 9 of January, Brussels Airlines moves its Moscow route from Domodedovo to Sheremetyevo because the airport is "among the first choice of corporate travellers."

Brussels Airlines stated Sheremetyevo was an attractive airport because of its proximity to the center of Moscow.

Alexander Ponomarenko, Chairman of the Board of Directors of Sheremetyevo International Airport, stated, "We are pleased to welcome Brussels Airlines to Sheremetyevo. The airline's decision to move its route is a testament to the infrastructure development we have done over the past few years at SVO. As we continue to improve and expand Sheremetyevo in accordance with our Development Plan, we look forward to welcoming additional carriers to Sheremetyevo."

The first Brussels Airlines passengers had a special festive check-in procedure. Everyone was offered a sweet treat: iconic Belgian waffles with various toppings. Passengers arriving in Moscow from Brussels were met with delicious cupcakes at Sheremetyevo.
The first flight was served by an "Aerosmurf," a unique plane with a livery featuring the famous Smurfs, legendary Belgian comic book creatures.
Brussels Airlines' flights from Sheremetyevo are a new chapter in the development of air travel between Russia and Belgium, which served as the theme of the official part of the event. Mr. Jean-Arthur Regibeau said, "Regular Brussels Airlines flights to and from Sheremetyevo is an important event that marks the beginning of the effective cooperation of Belgium's national airlines and Russia's largest airport. This will undoubtedly contribute to the enhancement of cultural ties and business relations between our countries."

The airport will serve Brussels – Moscow – Brussels flights four times a week: Mondays, Thursdays, Fridays, and Sundays (arrival at 3:20 pm Moscow time, departure at 4:40 pm Moscow time), on an Airbus A319. Passengers of Brussels Airlines will be served at Terminal E.

The flight arrived on time according to the schedule. 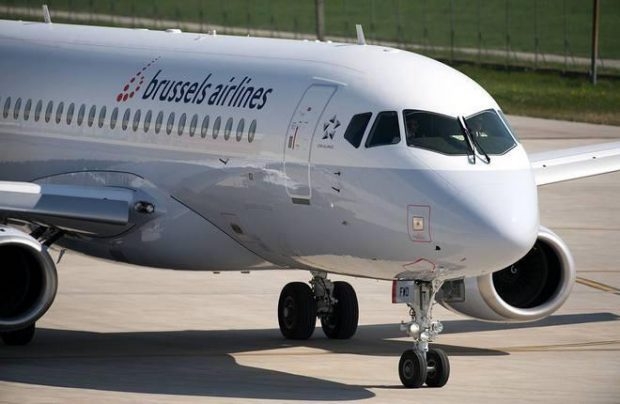