Prague Airport continues to implement projects designed to facilitate the airport’s modernization and capacity increases, such as the reconstruction of the baggage sorting area in Terminal 1, which will partially affect the passenger check-in process this year. From Sunday, 1 March 2020 until the end of August 2020, passengers on flights of 22 selected carriers will be checked in at Terminal 2 instead of Terminal 1. For a period of time, the check-in process will not follow the division of the terminals to flights within and outside the Schengen Area. However, flights will still be boarded and handled at Terminal 1, just as now. Prague Airport has launched an extensive information campaign which will continue to run throughout the summer season to ease passenger orientation around the airport during the temporary change.

“The number of handled passengers is growing every year and the airport has already reached and exceeded its capacity limits. Therefore, we have been gradually implementing projects that are part of the airport development and will contribute to its modernization and partial increases in its handling and operational capacities. The reconstruction of the baggage sorting area, which has continued for the second year and will temporarily require operational restrictions, is one of the most important projects in this respect. The reconstruction will result in a more modern and even safer space for checking hold baggage, which will most certainly be appreciated by passengers,” Vaclav Rehor, Chairman of the Prague Airport Board of Directors, said.

The check-in of passengers of the selected airlines will take place at Terminal 2 Departure Hall counters, at a place clearly marked as “RED ZONE”. This change only applies to passengers leaving Prague aboard flights operated by airlines subject to the changed check-in process, travelling with large checked baggage or in need of collecting their boarding pass, i.e. passengers who have not checked in online in advance. These passengers are advised by the airport to arrive directly at Terminal 2. After check-in, they will proceed to Terminal 1 for passport control and security screening prior to their departure. 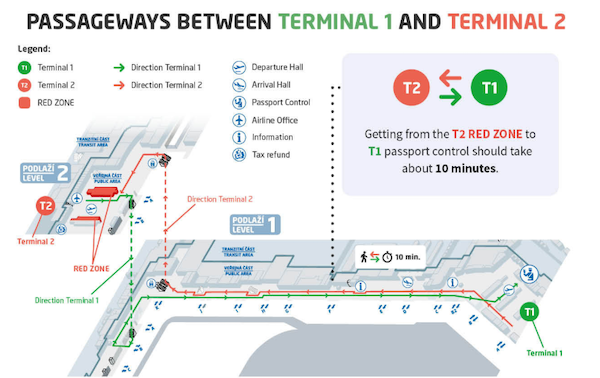 Passengers should also receive information about the change directly from their air carrier and are advised to arrive at the airport well in advance, at least three hours before their departure. “For several months, we have been working with all carriers subject to the change very intensively. We have also shared the information with travel agencies and tour operators, travel associations and organisations, hotels, taxi and parking facility operators and other business partners. We are convinced that, within the scope of a temporary operating restriction, we have taken appropriate measures to minimise the impact on passengers,” Rehor added.

Distinct and straightforward navigation signs in red and green will be placed alongside the designated passageway between the terminal buildings, which takes approximately 10 minutes to walk. All information is available on a special www.prg.aero/en/checkin2020 website, including a list of airlines and a detailed map. Information leaflets in seven languages (​​Czech, English, German, Chinese, Korean, Arabic and Russian) are also available to download. Starting in March, a printed version of the leaflets will be available at airport information desks. During this period, the number of information assistants, members of the so-called ‘Red Team’, to whom passengers can turn at the terminals for an advice, will be increased. All employees of the Prague Airport Group and employees of external companies active at the airport were informed about the new process.

In addition to the check-in process, the offices of the respective airlines and handling companies alongside customs services, i.e. tax refunds, will also be temporarily moved to the Terminal 2 Departure Hall.

Prague Airport has also prepared an extensive information campaign using various media and social networks. The campaign will comprise the education of passengers, namely various advice and tips on check-in and security procedures, as well as alerts to mistakes most commonly made by passengers. The highlight of this campaign is planned for the main summer season, when the number of passengers is traditionally the highest and all long-haul flights affected by the change are in operation. 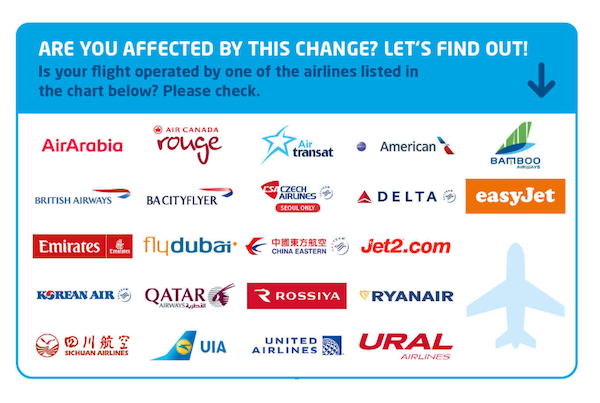