The huge ghost airport where planes go to sleep

On a cold, dry plain in rural eastern Spain, 1,000 meters above sea level, a surreal scene greets drivers speeding along the Mudejar Highway inland from the Mediterranean sea.

Line after line of enormous jumbo jets appear silhouetted against the horizon.

It's not a mirage, but the site of the largest industrial airport in Europe. 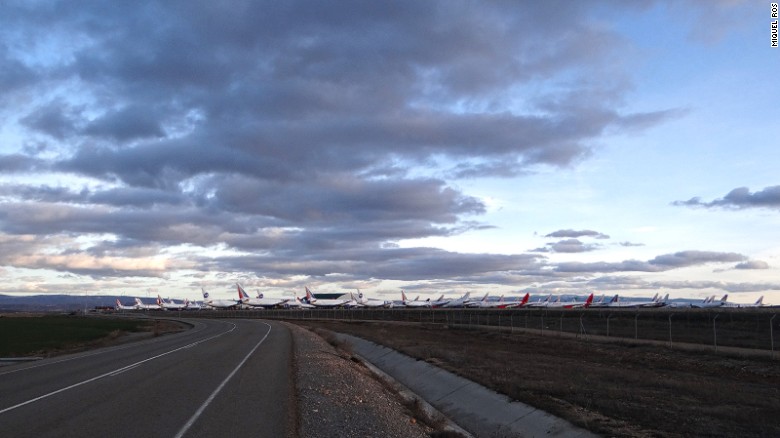 Don't call it a junkyard

Located outside the town of Teruel, the smallest of all Spanish provincial capitals, this is not a typical airport.

For the simple fact that there are no commercial flights here -- and there never were.

This airport was built with other purposes in mind. 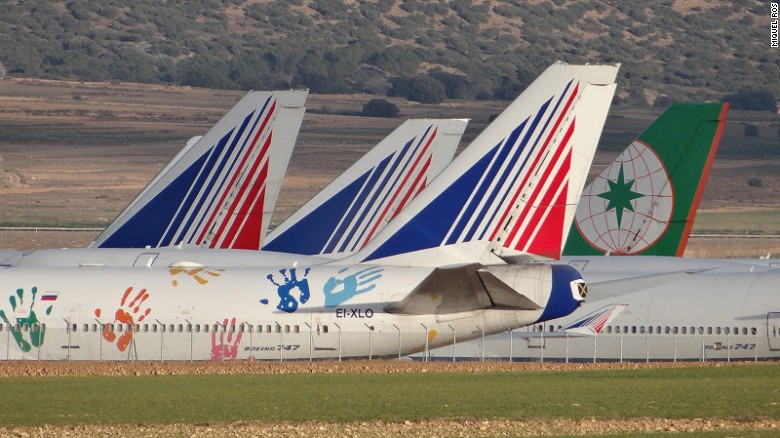 It hosts aircraft from all over the world that have been withdrawn from service, be it temporarily or permanently, and caters to their maintenance needs.

What it's not, however, is an aircraft junkyard.

Some aging airliners may be scrapped here (after being stripped for valuable parts and spares) but plenty of new, perfectly serviceable aircraft are stored in Teruel.

Some are ready to fly but are waiting for financial or legal issues to be sorted out.

Some are here because their airlines need to temporarily adjust capacity to cope with fluctuating market conditions. 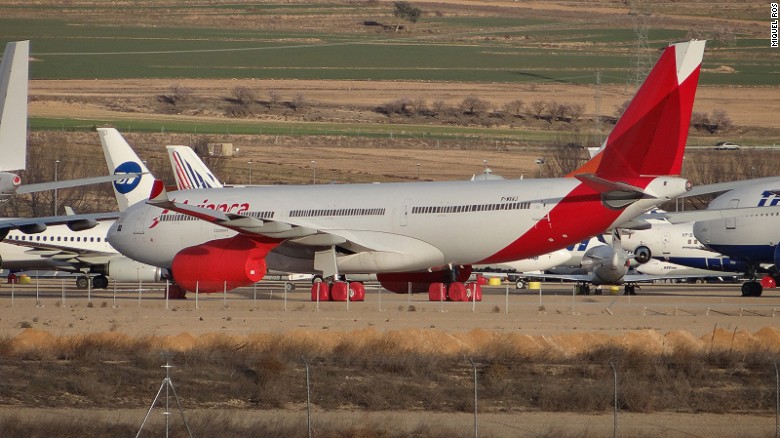 Director Alejandro Ibrahim says it's also home to a whole range of other aviation-related activities, including those in fields with high growth potential.

"Since the airport opened we have already welcomed a company testing rocket engines, he says. "We have been active in the field of drone research and we will soon have also a pilot training center here."

There are few such storage facilities on the planet. 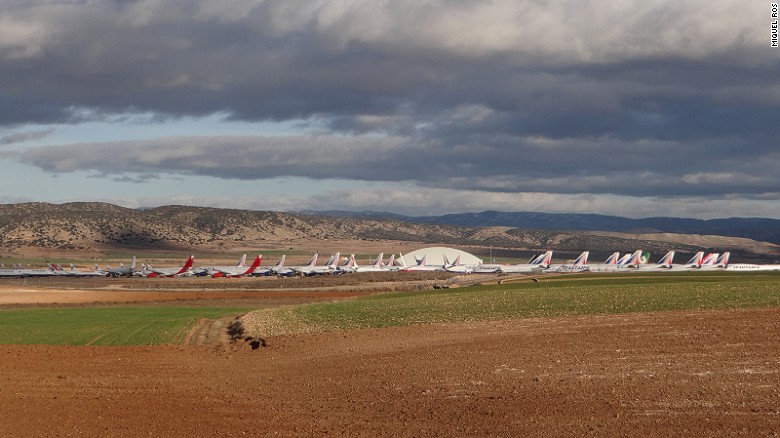 There's the Mojave Air and Space Port, in the Californian desert, where the arid climate creates an ideal environment for plane storage.

Another near Pau, in southern France, has run out of space, so its managing company,Tarmac Aerosave, is looking for other locations -- Teruel being an obvious choice.

This type of facility requires a lot of free land -- something Teruel has in abundance.

The airport's located in a corner of Spain so sparsely populated that in recent years locals launched a public investment campaign using the slogan "Teruel existe" ("Teruel exists").

For storing aircraft though, it's perfect.

It has a dry continental climate and a relatively accessible location -- between Barcelona, Madrid and Valencia. 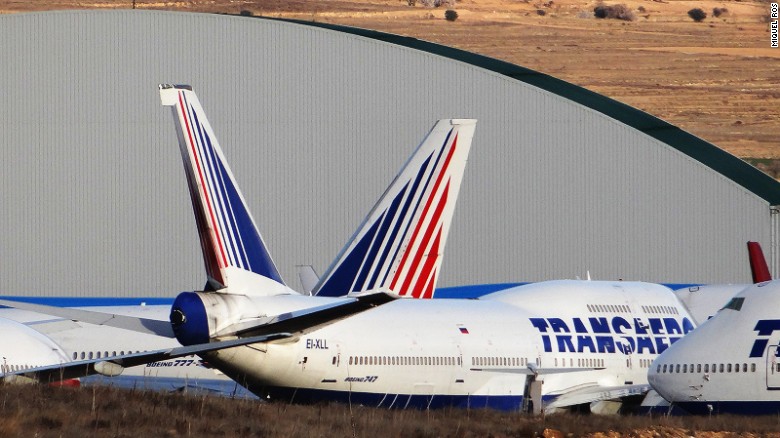 Demand for aircraft storage has been driven by the meteoric growth of the global airliner fleet following two decades of industry liberalization.

"The dynamism of the airline industry leads to a substantial number of aircraft needing storage facilities at any one time, either because of obsolescence or because airlines are constantly seeking efficiency improvements through fleet renewal and optimization," he says.

On top of this, Gallego says, non-passenger related activities are being pushed out of major hub airports, as space is at a premium and passengers tend to be more profitable.

An unexpected additional factor has also played a key role in the Spanish airport's meteoric growth and consolidation: the Russian economic crisis. 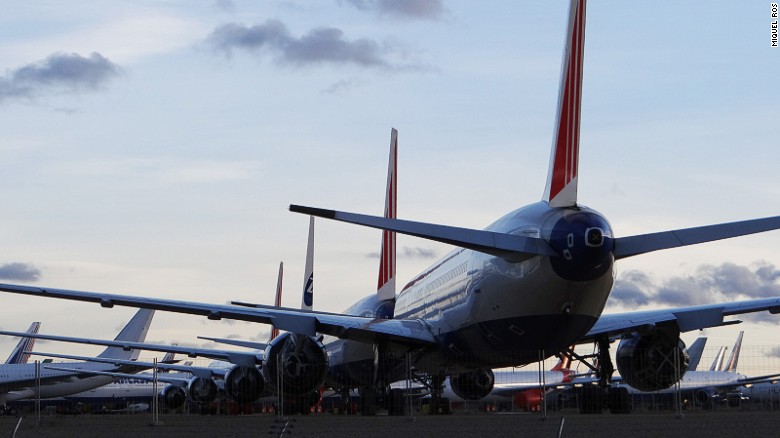 Transaero and UTAir, the second- and fourth-largest Russian airlines, had a terrible 2015, with the latter axing most of its fleet and the former ultimately ceasing operations. 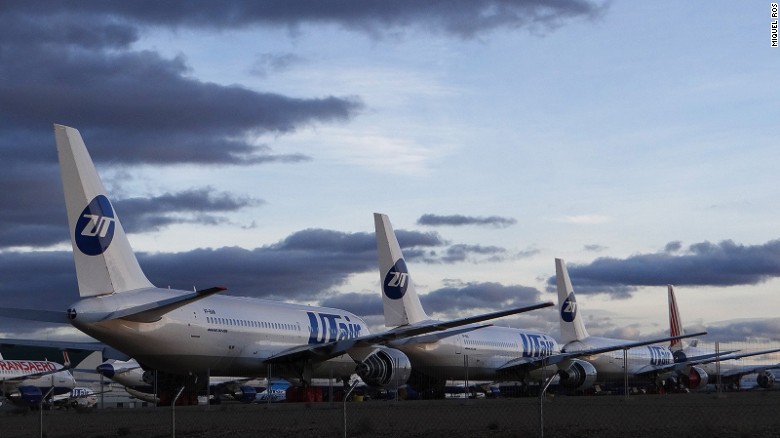 The result has been an influx of Russian airliners of all types, some of them almost new from the factory, that has brought the airport to near capacity.

A further expansion of the airport grounds, that will allow for over 200 airliners to be stored simultaneously, is already being planned. 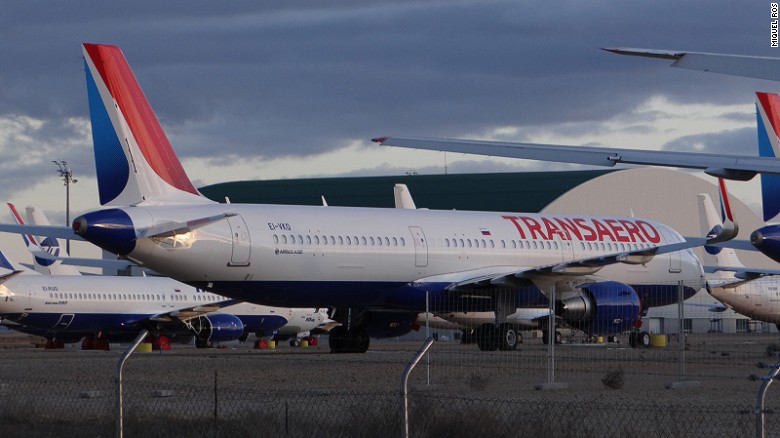 Some aviation enthusiasts might find it heartbreaking to see nearly a hundred airliners, including quite a few magnificent Boeing 747s, standing idle, quietly awaiting their fate.

While some others may relish the unparalleled opportunities for plane-spotting and to capture this unusual spectacle on camera.


Loading comments for The huge ghost airport where planes go to sleep...

Leonardo, through AgustaWestland Philadelphia Corp., has been awarded a firm-fixed-price contract valued at USD 176,472,608 for the production and delivery of 32 TH-73A helicopters, initial spares, su...

On the back of its recent successes in obtaining IATA CEIV certifications for both its pharma and fresh products, Etihad Cargo, the cargo and logistics arm of Etihad Aviation Group, has announced...