The new specialized cargo handling apron started operating at Riga Airport 16 October, welcoming “Atlas Air” Boeing 747-47U (F) aircraft. The new apron covers an area of 95 000 square metres in the northern part of the Airport and is directly connected to the territory where Riga Airport will develop its “cargo city” air cargo service and logistics centre. The regional parcel handling complex of the logistics company DHL will be lunched here next year; in cooperation with investors it is planned to develop a multi-functional cargo logistics centre with a total warehouse area of up to 9 000 square metres. 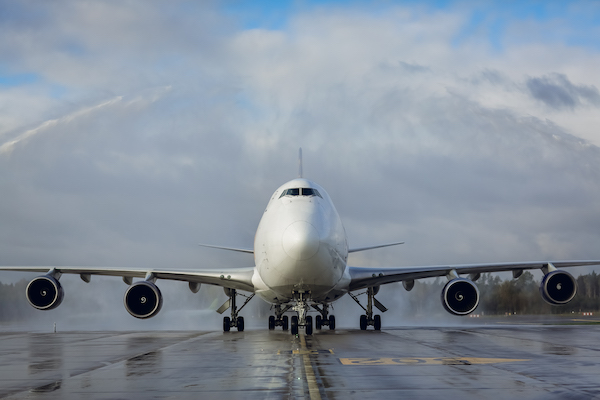 The total capacity of the Airport’s “cargo city” will exceed 60 000 tonnes per year, allowing Riga Airport to double its cargo turnover in the coming years.

As Minister of Transport Tālis Linkaits emphasized at the new cargo apron opening ceremony: “Riga International Airport was, is and will be the centre of Latvian and Baltic aviation not only in the field of passenger transportation and business aviation, but also in the air cargo segment. The opening of the new cargo apron is a further proof of this. It is especially important now to continue purposeful work on both cargo diversification and the development of appropriate infrastructure. The government's support for the aviation sector during the crisis – both for the national carrier airBaltic and for the Latvian air traffic control and the Airport – is a sustainable investment for future development.” 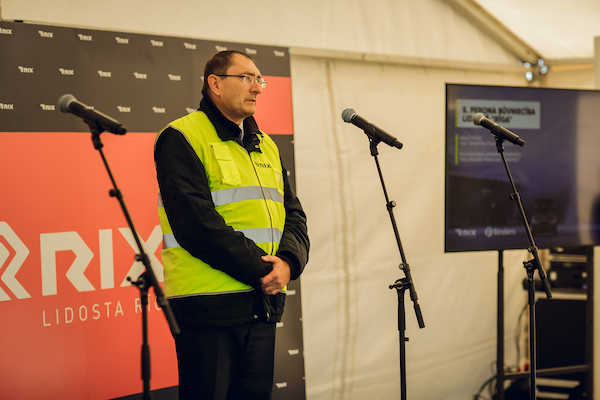 “The development of the cargo segment is especially important for the Airport at a time when passenger traffic is significantly affected by the Covid-19 pandemic. Already now, Riga Airport can offer its partners multi-modal logistics solutions and high-quality service.  In order to promote the entry of new cargo carriers and increase the turnover of air cargo, the main task of the Airport is to create a suitable infrastructure and a favourable cooperation platform,” said Laila Odiņa, Chairperson of the Board of Riga Airport.

Within the framework of the project, an apron and a connecting taxiway with a total area of 36 770 square metres, as well as new service roads with a total surface area of asphalt concrete of 14 970 square metres have been built. The apron’s multi-functional aircraft stands allow flexible planning of aircraft deployment and accommodating even the largest Class F and E aircraft. In turn, the underground refuelling hydrant system significantly promotes the aircraft refuelling process and thus service speed, as well as reduces the risk of environmental pollution. An energy-efficient lighting control system has also been set up in the territory.

Aigars Sēja, Chairman of the Board of SIA “Binders” road construction company: “Already at the beginning of the implementation of this ambitious project, we were aware of the fact that our experience and ability to accurately organize the construction work in the Airport area with its specific operating conditions, would play a key role. The technological aspects of the construction work had to be aligned with the organization and security requirements at the Airport. The construction works did not disturb Airport operations. Minor adjustments to the work schedule were caused by the restrictions caused by the Covid-19 pandemic, but we have built the facility in accordance with the project requirements, and we are satisfied with the result of the work done”.

The apron construction works began in March 2019, and the total investment in the project accounts for 15 million euros.

The volume of air cargo in Latvia is made up by four business lines: export and import of high value-added goods, mail and e-commerce, air cargo transit and non-military cargo transit to Afghanistan for the needs of the International Security Assistance Force (ISAF). JSC “Latvijas pasts" also gives a great contribution to the global e-commerce parcel transportation segment through a successful logistics solution created in cooperation with the Chinese e-commerce giant "Alibaba" and the Post of Russia, as a result of which non-scheduled cargo charter flights are operated from China. 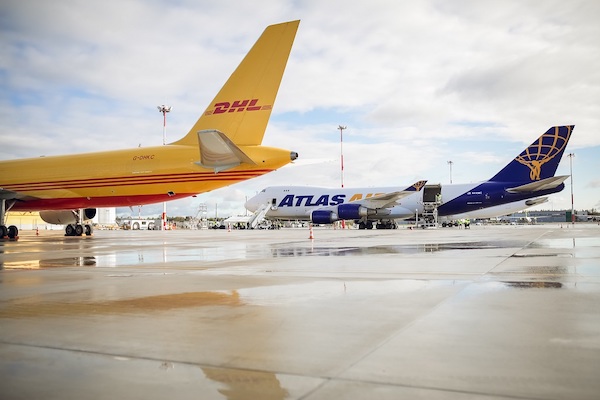