Especially proud ( as a Latvian one) to congratulate Riga Airport - it has been recognized as the third fastest growing capital European airport by Airport Council International Air Traffic Report on airport performance last year. The report shows that Riga Airport, with a 10.5% passenger growth last year, was the third fastest growing airport among Europe's capital and larger airports, leaving behind such hubs as Berlin Tegel and London Luton airport. Only Vienna and Milan Malpensa airports experienced faster growth than Riga last year. The growth of Riga Airport is more than twice as fast as the European average, where, according to the ACI report, passenger traffic increased by 3.3%, thus allowing Latvia to rank among European leaders in terms of passenger figures.

Tālis Linkaits, Minister of Transport: “I have called for the Latvian aviation industry to be more ambitious and become stronger not only in the regional but also in the European context. The industry can undoubtedly make an even greater contribution to the national economy, and the strategic goal of Riga Airport for business development in the Northern European market is a significant step in this direction.” 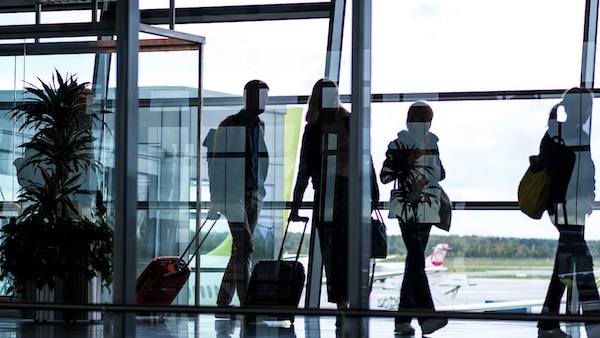 “The new 12 million passenger terminal and the connection to the RailBaltica railway line will completely change Riga Airport visually in a few years' time, and it is time for the company to make a real change. Our goal is to become an air hub for the Northern European region, focusing on attracting transit passengers and developing long-haul flights. Our readiness to compete successfully in the Northern European region is facilitated by balanced and sustainable business planning in the medium and long term. This has allowed us to provide airlines with aerodrome infrastructure, which is the most advanced in the region, while maintaining competitive fares,” says Ilona Līce, Chairperson of the Board of Riga Airport.

Māris Gorodcovs, Director of the Civil Aviation Agency: “We are very satisfied that Latvia can compete not only with its neighbouring countries, but also with the big European countries. It is possible owing to the country's openness to new players in the field of aviation, as well as the ability and willingness of current players to adapt to customer needs, such as new flight destinations and more transit options through Riga. At the same time, the rapid development poses new challenges for Riga to be the central airport of the Baltic countries also in the future - we must work actively on the development of Airport’s infrastructure, keeping in mind the environmental issues, in order for Latvia to have the fastest growing and greenest aviation,” says Gorodcovs.

Martin Gauss, Chairman of the Board of Latvian national airline airBaltic: “Over the past few years, airBaltic has successfully continued its sustainable growth path, which has brought more direct and transit passengers to Riga International Airport, enabling its growth.  We are delighted to see Riga International Airport among the fastest growing airports in Europe, demonstrating that our region has a lot of potential.  Furthermore, we welcome the future development plans of the airport that will raise its capacity to a level where further growth can be attainable.”

Riga Airport is a fast-growing Northern European air traffic hub. The 20 airlines operating at Riga Airport offer more than 70 destinations in the winter season and more than 100 in the summer season. Riga Airport served more than 7.8 million passengers in 2019. The Cirius study recognized Riga Airport as the fourth most punctual airport in the world in 2019.